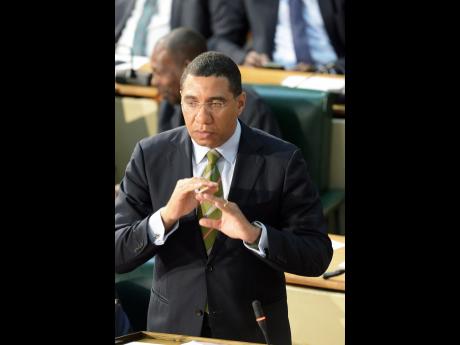 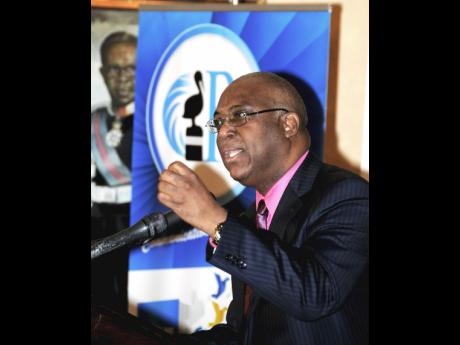 With our different styles, Ian Boyne, like me, has been a strident and consistent advocate of transforming attitudes and values. Without which we can say bye-bye to sustainable economic growth and a peaceful, orderly society, "the place of choice to live, work, do business, and raise families", according to Vision 2030; and in which to die peacefully of natural causes when the time comes, as it did for Boyne.

Boyne was resolute in his broadsides against negative dancehall, both a reflector and an influencer of some of the darker sides of our culture of slackness. Two celebrated dancehall entertainers are now incarcerated for murder as art and life collide within these performers as in the rest of the society.

Boyne died full of praises for the astuteness and leadership capabilities of Prime Minister Andrew Holness, and Mr Holness returned the compliment in his tribute to his departed friend.

Six weeks before his passing, Boyne, commenting on the Jamaica Labour Party (JLP) win in the South-East St Mary by-election, wrote, "The essential problem is not Phillips's weaknesses. It is Andrew Holness's enormous strengths ... . I have been writing for years that people underestimate Andrew Holness to their own peril and embarrassment ... . People don't seem to believe Andrew Holness or feel him. I don't share their view ... .

"I don't share Mr Holness critics' negative assessment of him ... . Phillips has one major obstacle: Andrew Holness. Andrew's major asset ... is his character and personality. His emotional intelligence. His eagerness to listen and his respect for civil society make him a hardy opponent.

"Andrew Holness is not likely to outrage people. ... Yes, Andrew spent on bushing and announced a multimillion dollar road-improvement programme. He got loads of cash to spend, and his machinery proved formidable, but if Andrew were a leader who outraged people and who people disliked, Norman Dunn could not win. Andrew won that election. The worst thing for the PNP (People's National Party) to do is to continue to underestimate him," Boyne wrote on November 11 in 'How Holness 'Dunn' Phillips'.

On his part, Prime Minister Holness said in his JIS-released tribute: "Ian's contribution to media is admirable and represents the power of good journalism. He has distinguished himself as a fair, fearless, and balanced commentator. Ian was simply the consummate communicator. He has helped to guide and craft national speeches for the Offices of the Governor General, the Prime Minister, and the Leader of the Opposition across political administrations. His guiding hand, maturity, and calm demeanour will be greatly missed.

"I have benefitted from our conversations on politics, religion, sport, health, and many other areas. He read widely and was able to bring his tremendous knowledge to simple interactions, which would result in enhanced perspectives. I consider his passing a great loss. He was not only a professional, he was my friend," Mr Holness told a grieving nation."

One wonders, though, how critical Ian could be of a serving prime minister, or of a prime minister in waiting as leader of the opposition, from his full-time position as deputy executive director of the Government's information service agency.

In any case, a prime minister so lavishly praised for his "enormous strengths" by a veteran journalist who "has distinguished himself as a fair, fearless and balanced commentator" is the right man for launching and leading a revolution in attitudes and values, where others have failed, as his ultimate tribute to the departed journalist who kept calling for this revolution to happen.

Holness, in Boyne's books, is more than capable of winning the 'war' of political contest. Holness must demonstrate the desperately needed leadership capacity to win the 'peace' of constructing a safe, peaceful, orderly, law-abiding, and productive society. The day after the Japanese attacked Pearl Harbour on December 7, 1941, United States (US) President Franklin Delano Roosevelt promised that "we are going to win the war, and we are going to win the peace that follows".

After the defeat of Japan in World War II, the US led the Allies in the occupation and rehabilitation of the Japanese state through the Marshall Plan. Between 1945 and 1952, the US occupying forces, led by General Douglas MacArthur, the very military leader who had executed the war in the Pacific theatre, enacted widespread military, political, economic, and social reforms from which Japan grew to become the second largest economy in the world behind the United States itself.

Jamaica is locked in a war against crime. Crime is undermining everything. Crime has a massive attitudinal and values feed that is sustaining it and growing it.

We are closing another bloody year, with more than 1,550 murders. The health services are being drained by trauma cases. Fear stalks the land. During Christmas, people were forced to abandon their homes in Linstead communities, a new hotspot among dozens more across the country, over fears of criminal reprisal attacks. But below the level of murder and shootings, there is rampant lawlessness and disorder across this land now ruled by Mr Holness and his Government.

Shortly after Andrew Holness first became prime minister in 2011, I offered the same advice in 'Jamaica ripe for cultural revolution' (November 13) as I am doing now. I wrote then: "I have written more on the 'soft issues' of morality, religion and culture than most in a field in which political and economic 'hard-hitting' commentary is the reigning monarch. So I am more than taken up with Prime Minister Holness's repeated stance on social responsibility and shedding cultural practices that hold us back. Andrew Holness would not be the first head of government to take such a stance. Bruce Golding spoke a lot about 'taking responsibility'. And there was P.J. Patterson's Values and Attitudes (non-)campaign."

I offered Mr Holness the same word of advice I had offered Mr Patterson: Preaching platitudes at the problem, setting up talk-shop committees ... . The levers available to Government for changing negative cultural practices and building positive values and attitudes are legislation and policy. It is not the business of Government to preach. The Government should judiciously use what it has in its hands, law and policy, to direct, indeed enforce, attitudinal and cultural shifts.

Simply enforcing what are called quality-of-life laws and enforcing universal compliance with state regulations would have an enormous stimulus effect for transforming attitudes and culture.

The social, cultural, and moral factors are far more important in the development and well-being of the nation than the economic ones which Government spends most of its time and effort wrestling to little avail. As the late Warren T. Brookes, a United States economic columnist, was fond of observing, there is a reason why economic products are called 'goods' and not 'bads''.

ZOSO RUNNING OUT OF STEAM?

The majority of the population in rich countries, according to a document called The Secret of Nations, "display ethics as basic principles, integrity, responsibility, respect for laws and regulations and for the rights of others, love for work, effort to save and invest, the will to be productive, and punctuality." These are cultural things. In poor countries, less than the majority follow these basic principles in their daily life.

We are closing the year with only two little zones of special operation (ZOSO) running (out of steam?) under the prime minister's direct control. There are dozens of communities needing to be made zones of special operations, from which criminals, in the 'clear' phase, should be flushed out and decommissioned with nowhere to run and nowhere to hide. Communities should be pacified, normalised, and firmly held for law and order in the 'hold' phase. Here, enforced (re)socialisation should take place in the 'build' phase around real work and income, school attendance and behaviour modification, law and order, and social services.

A large enough number of strategically selected ZOSOs across the country would send the signal that the Government is serious about all citizens conforming to the laws of the land. The single most important thing that Government can do for the necessary shift in attitude and values is not to preach it, or plead it, but to even-handedly and consistently see to it that every citizen obeys the laws of the land.

As I have long been pleading, the State must reassert its authority by controlling strategic public spaces and enforcing conformity to law and order in these spaces, and justice must be swift and sure, sending a powerful signal that this is the new normal.

For the leader of any serious revolution to up values and attitudes through tough policy actions and stringent enforcement of law and order, the only real tools that Government has for social change is bound to outrage masses of slack, disorderly, don' kyaa (don't care), do-as-they-like people, including the multitude of 'raw-bawn Jumaikans' in his own political power base. Seaga, Patterson, Golding faced the fattening ferocious beast and fled. Manley II and Simpson Miller didn't even try with any special programmes. Holness?