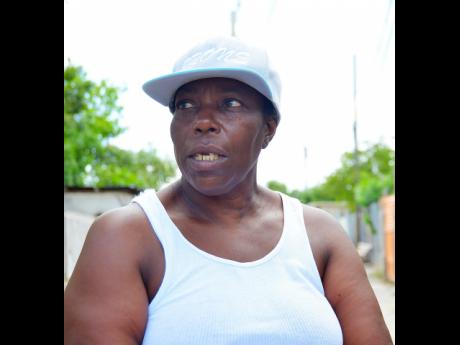 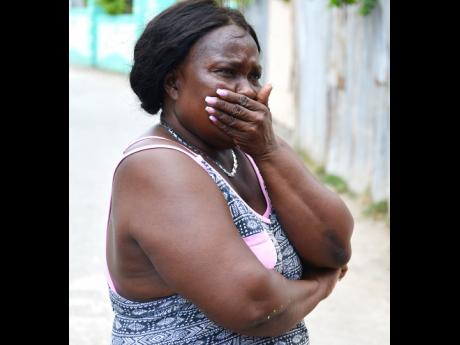 They are predators - opportunistic predators - and you can’t take them lightly. Three gruesome deaths and we know why they happened and how they could’ve been avoided, or how future ones can be avoided. They involved three Cs: child, canine and crocodiles.

I am not going to run into a hysteric rant about the increase in attacks against children and, in particular, girls. Truth is, there is no statistical evidence to support the idea that we are seeing a significant increase in this wretchedness. As dastardly and alarming as they are, murders and mutilation of young females are not a large percentage of the overall homicide figures. Thus, it is not a numbers game.

In any event, that is not important, because one single case of a teenage child being abducted and savagely killed is just one too many.

Yet, we have known for years why such crimes take place. Of course, from a strictly police perspective, it is about criminals having the means and opportunities to pounce upon the innocent. Therefore, the regular precautions such as avoiding dark lonely spaces, leaving homes unsecured, and other security tips are important.

However, many of these heinous attacks take place in the very homes in which the victims live or in their immediate vicinity. With the best of policing techniques, unless there is a cop stitched on to a child’s pocket, there is never going to be a perfect strategy to protect them and to prevent attacks.

However, there is a very direct correlation between the likelihood of persons committing crimes and their belief in the likelihood of detection. What is unfortunate is that policing in Jamaica began on the back foot. The constabulary was never established to protect the lower classes. As with all institutions of planter-class power, it was designed to keep the masses in check; not to protect them.

Therefore, almost a century and a half of treating them as what they are second-class citizens, led to deep resentment and mistrust for the police. As we began to rule ourselves, we reinforced the colonial patterns with myriad examples of inhumane treatment and marginalisation of the powerless, as we either created or allowed to be formed, shanty towns and ghettos.

By the time we had our first local black commissioner, we quickly passed a Suppression of Crime Act, which lasted 20 years and created a wider chasm between the very classes from which police officers came and the constabulary itself. If you think slavery is over, think again. Coupled with the treading on the rights and dignity of the poor was political interference in policing and the overall emasculation of the force, as politicians formed and armed garrisons. By the time the act was repealed in 1994, the dominant culture was a hatred of the police and a death sentence for all collaborators and informers.

Yet, it is the informer who is critical and indispensable in this fight against crime. Trust me. With the very rarest of exceptions, every case of a person being abducted, raped and murdered has persons other than the perpetrators, who know exactly who did it and where they are.

A large part of the problem is that we have fomented a culture where we devalue human life and female bodies. In the case of the poor child, Yetanya, I am incredulous that no one could have seen any possible suspect or heard something. This is where the crux lies.

We have to find a way to reverse the century of distrust for the police, and the police themselves must liberate themselves from the mental slavery and treat the citizens as they want their non-police relatives to be treated by their colleagues. Far more needs to be done to guarantee that would-be witnesses are not imperilled when they step forward.

Importantly, there is a message that unfortunately we in the media do not disseminate often enough. The police usually know who 80 per cent of the perpetrators are within a week of the murder. In the past few years, the cops have been able to clear up more than 50 per cent of homicides; meaning arresting and charging suspects. Simply put, most criminals do not get away with murder, and we need to tell them this.

The other C is regarding canines. For years we had banned the importation of dogs from North America, so I was surprised to hear that we are going to prevent certain breeds of dogs from entering the country.

First of all, more dogs are bred here than are imported, and many of the ‘dangerous’ breeds, too. Doubtless, a little shih tzu, shih poo of Pomeranian can only make a big stink of a noise but apart from secondary infection, or them nipping a main blood vessel on the leg, their bark is literally worse than their bite.

I have no space for the hypocrites who are going to defend Rottweilers, Dobermanns, German shepherds and pit bulls. If a dog is big, weighs 60 to 80 pounds, and had big teeth, he can kill you even in play.

What we need to recognise though, is that apart from these large creatures, all dogs, including the mongrels are wolves (canis lupus). Unlike the wolves, though, canis lupus familiaris has been selectively bred not to fear man. However, there is always a wolf in the back of a dog’s head, and at any moment, if he is large enough, Rex and Rover can snap and become Lobo.

When dogs get feral, they pack like wolves and do exactly as their wild ancestors. All dogs are still somewhat wild, and stray dogs are the next gang waiting to wreak havoc.

Finally, I have been warning for years that if we do not protect the habitats and natural prey of crocodiles, we are in for a disaster? My condolences to the family and friends of Wilford Edmondson but like so many important things which have been ignored, this literally comes back to bite you.

- Dr Orville Taylor is head of the Department of Sociology at the UWI, a radio talk-show host, and author of ‘Broken Promises, Hearts and Pockets’. Email feedback to