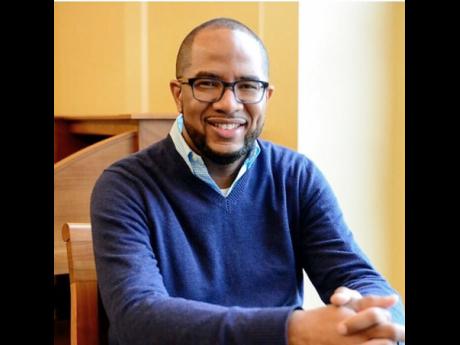 The events in Charlottesville, Virginia, have sparked a national debate in the United States about the removal of public statues or monuments that honour Confederate leaders. The Confederacy was the period between 1861 and 1865 when 11 Southern states (from Virginia to Texas) seceded from the US to preserve their rights as states to enslave and exploit millions of blacks.

Maintaining white supremacy was the rationale of the Confederacy. This was clear in the pronouncement of Alexander Stephens, Confederate vice-president, who stated, "The Negro is not equal to the white man; that slavery - subordination to the superior race - is his natural and normal condition."

Under the leadership of Confederate President Jefferson Davis and generals such as Robert E. Lee, Thomas Jonathan 'Stone Wall' Jackson, and Nathan Bedford Forrest (first grand wizard of the KKK), Confederate states waged a bloody civil war that led to the deaths of more than 750,000 people.

Defeated physically but not psychologically, the memory of this hateful episode in the US lives on. It is estimated that there are more than 1,000 Confederate monuments across the US today (the majority are in the US South) that commemorate and honour those white supremacists who were promoters and defenders of enslavement. To many, these are statues and monuments of hate and have called for their removal.

We are yet to have a similar debate in Jamaica about the removal of statues and monuments that honour colonialists who, after all, believed in the hierarchy of races and who embraced white domination and exploitation of our African ancestors, or statues and monuments that honour those whose reign of terror, pillaging, and abuse of indigenous people led to their ultimate decline.

The statues that readily come to mind are those of Christopher Columbus, which is displayed in a park close to the St Ann's Bay Hospital, and those of Queen Victoria, Governors Edward Jordan and Charles Metcalfe, which one can find in the St William Grant Park in Kingston.

Many, I know, will argue against their removal. They will argue that this is history, and the removal of such statues is an attempt to sanitise our history, removing from the public space memories of our national heritage.

But those who may hold this view are probably unaware that these statues that honour these colonialists are the results of a successful sanitisation of our history that has already occurred.

Today, I will argue for the removal of Christopher Columbus' statue. The recent commemoration in some quarters of October 12, the day many celebrate as Columbus Day, to highlight Christopher Columbus' 'discovery' of the Americas, is evidence of this sanitisation. He is heralded as the one who 'discovered' Jamaica - lauded for bringing Jamaica (and the wider Americas) into contact with colonial Europe.

However, such retelling of history ignores the true impact of Columbus' invasion (on his second voyage Columbus arrived in the Caribbean with a fleet of 17 ships and over 1,200 men!) and its genocidal impact on the indigenous people. It fails to account for the unimaginable cruelty inflicted by Columbus and his fellow invaders on the indigenous people of the Caribbean, and it fails to show how Columbus' arrival set in motion colonial Europe's onslaught and exploitation of the region.

What should not be lost on us is that Columbus' crimes were bankrolled by Spain. The cruelty he inflicted on the Tainos, for example, was given royal gloss and disguised as exploration, bringing honour and glory to Spain.

There is no other way to say this: Columbus was responsible for grave human-rights abuses. Why continue to honour a man who, if he were alive today, would almost certainly be brought before the International Criminal Court for committing crimes against humanity? Why honour a man whose overt racism led to the capture and enslavement of indigenous people?

In his journal, Columbus stated that the Tainos, "would make fine servants [and] with fifty men we could subjugate them all and make them do whatever we want." He continued: "As soon as I arrived in the Indies, on the first island which I found, I took some of the natives by force."

It was this racist mindset that led Columbus' invading force to raid Taino communities, oftentimes rounding up men, women, and children, placing them in pens, before selling them in Spain. Hundreds died during this transatlantic crossing. This did not deter Columbus, whose instructions to his men were clear: "Let us, in the name of the Holy Trinity, go on sending all the slaves that can be sold."

Columbus' reign of terror was catalogued by the Dominican friar Bartolome de las Casas (himself part of invading force), who wrote in A Short Account of the Destruction of the Indies about "the mild and pacific temperament of the natives. ... But our work was to exasperate, ravage, kill, mangle, and destroy."

The Admiral (Columbus), he continued, "was blind as those who came after him, and he was so anxious to please the king that he committed irreparable crimes against the Indians." In one example of the barbarism of the invaders, Las Casas stated, "Two of these so-called Christians met two Indian boys one day, each carrying a parrot; they took the parrots and for fun, beheaded the boys."

More damning first-hand accounts of cruelty and rape are provided in Laurence Bergreen's biography, Columbus: The Four Voyages, 1492-1504. Bergreen cites evidence from Michele de Cuneo, crew member on Columbus' second voyage. According to de Cuneo: "While I was in the boat, I captured a very beautiful woman, whom the Lord Admiral [Columbus] gave to me. When I had taken her to my cabin, she was naked - as was their custom. I was filled with a desire to take my pleasure with her and attempted to satisfy my desire. She was unwilling, and so treated me with her nails that I wished I had never begun.

"I then took a piece of rope and whipped her soundly, and she let forth such incredible screams that you would not have believed your ears. Eventually, we came to such terms, I assure you."

Another shocking example of abuse is provided in John Boyd Thatcher's Christopher Columbus: His Life, His Work, His Remains (Vol. 2). In a letter to Dona Juana de la Torre, Columbus admitted: "There are plenty of dealers who go about looking for girls; those from nine to 10 are now in demand, and for all ages a good price must be paid."

The cruelty, exploitation, and the demands on the indigenous peoples were so severe that it resulted in an almost complete extinction of Jamaica's Tainos by the mid-1600s. In his widely read Spanish Jamaica, Francisco Morales PadrÛn estimates that approximately 60,000 Tainos lived in Jamaica at the time of Columbus' arrival. By the time Britain seized the island, Jamaica's Taino population was dramatically reduced, almost extinct.

Like the Confederacy, Columbus was on the wrong side of history and humanity. A statue in his honour helps to distort history and feeds the myth of Columbus, the great explorer. Furthermore, it distorts the memory of what happened to the thousands of Jamaican Tainos who were mercilessly killed, raped, enslaved, and exploited by Columbus and his fellow invaders.

Let us consign Columbus' statue to a museum, its rightful place, and use that space to honour the Tainos, whose lives and communities were violently uprooted and destroyed by Columbus. The ultimate honour would be the national recognition of October 12 as Indigenous People's Day.

- Dr Ahmed Reid is an associate professor of history at City University of New York. Email

feedback to columns@gleanerjm.com and springer_jm@yahoo.com.