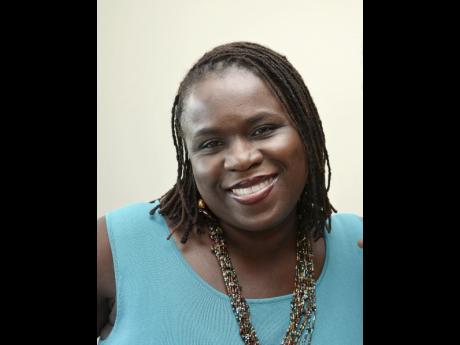 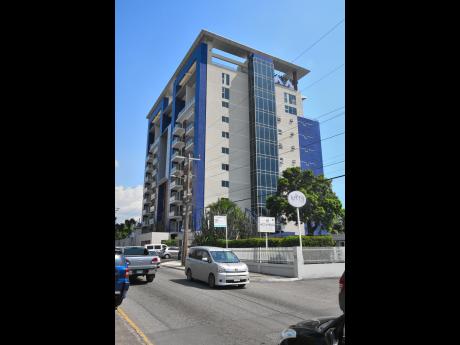 The Jamaican media should be commended for keeping the issues associated with urbanisation in Jamaica front and centre of public discourse. Television coverage and the various editorials, particularly the editorial page of Thursday, October 25, 2018, cautioned us to plan our city before we issue permits for high-rise development.

There seems to be a general sentiment of our policymakers that our urban centres, specifically Kingston, should look like Miami, Dubai or cities of the developed world. Our decision makers seem willing to ignore the city planning processes - inclusive of analysing financial cost and the social implications of towering skyscrapers.

Thus far, many of our experts have focused on the physical infrastructure requirements to support this type of high-density development in Kingston. Many technocrats will argue that current technology can easily resolve any existing infrastructural issues. However, there are some issues with serious long-term implications, which the application of modern technology might not address easily. One such issue that technology cannot easily address is the psychosocial impact of high-rise living.

Research from as far back as the 1970s out of Singapore shows conclusively that there is a strong correlation between increased rates of suicides associated with social isolation and high-rise dwellings. High-rise dwellings without the attendant public green spaces at street level limit much-needed human social interaction, thus leading to cases of persons with depressive symptoms. Studies in Singapore showed that over a 10-year period, high-rise dwelling roses to 51 per cent of the housing stock and the rate of suicide and accidents associated with these high-rises increased fourfold. Similarly, studies here in Jamaica (Mullings, Archer, et al 2013) argued that lack of proper infrastructure and basic urban services in various neighbourhoods contributes to the risk of depression symptomatology, with different environmental stressors affecting men and women.

We rely on social interaction for basic survival. Therefore, we need the requisite guidelines, policies, regulations, and legislation to ensure the development and maintenance of the necessary social infrastructure inclusive of parks, sidewalk, gardens, and other public open spaces throughout our towns and cities before turning our attention to the construction of high-rises. Housing solutions provided by building vertically must focus attention not just on the physical building. These housing solutions must allow for community interaction, be culturally sensitive, and support inclusiveness of persons from all economic and social backgrounds.

Another issue that seem to be absent from the minds of our decision makers is the negative economic impact resulting from our focus on luxury high-rise as a viable form of development and a means of addressing the housing shortage.

I listened keenly to Prime Minister Holness' statements at the opening of the luxury apartment on South Avenue in Kingston and I wondered about the type of housing solutions the Government intends on supplying in the immediate future. I am not sure whether the prime minister or the technocrats advising him considered the viability for these luxury apartments and whether our decision makers have access to and have taken into consideration the data that shows the current housing need versus the housing demand. Research shows that there is a need to build 20,000 affordable housing units to address the current gap in the market. Therefore, the construction of high-rise similar to South Avenue will not necessarily address the most pressing housing needs.

Furthermore, housing development similar to South Avenue would further deepen the financialisation of the housing market. This will lead to the focus on housing as an investment good rather than a social good. This has negative consequences for investment in the housing market, as the developers who normally provide housing to the average buyer will be in direct competition with the high-roller investors who will get the support from the Government. This will result in the widening of the housing gap.

The command of the housing market by the capital that is available and the crowding out of investment in other areas of the economy or other areas of the country must be brought to the table for full analysis. Housing types similar to that at South Avenue benefits the propertied class while the non-property class is left behind. In a small island developing state such as Jamaica, we have to be careful of exclusionary housing.

A more troubling concern is the valuing and redistributive mechanism for the natural resources--the view of the hills or the sea that is being captured by the residents of these towers. Most high-rise dwellers purchase these luxury apartments for exclusivity and the view. However, the average resident is likely to be deprived of the view that will be blocked by high-rise buildings.

We need to strengthen our legislation to protect spaces that are often impacted by shadows cast by high-rise buildings. Tall buildings block sun and make public space at the street level uninviting. In 1916, planners in NYC, the first city to enact a comprehensive zoning policy, saw the benefit of sunlight to health. New York Zoning Plan attempted to preserve light through setback rules.

In NYC, developers have to pay the person for taking away these rights. There is no set process for doing this in New York City. The developers and the affected residents negotiate the terms for compensation. We have to learn our lessons from these experiences and begin to put the necessary legislation, regulations and policies in place before we run ahead with these types of construction.

In Jamaica, we have setback regulations to encourage light to reach the streets. However, if we were to look at what obtains in more advanced cities such as New York, we find that more than 40 per cent of the 43,000 buildings studied in 2016 were non-conforming to the zoning rule. Given our history of lack of enforcement and non-conformity, it is highly likely that similar research would show a very high level of non-conformance for us also. This has major implications for disaster-prone societies such as ours.

I encourage my readers to look at the buildings as they drive through communities such as Constant Spring Gardens and Liguanea. They will see mid-rise (four to eight floors which is high-rise for Jamaica), high-density multi-family dwellings that have extensive paved areas that will increase water runoff into outdated drainage system. In addition, readers will notice that these buildings are not necessarily energy efficient and are likely to have a large carbon footprint.

We now need to move with alacrity to ensure that the monitoring and enforcement mechanisms are in place so that regardless of height, structures are built to code and allow technocrats and decision makers to put the necessary requirements in place to protect the lives and property of all Jamaicans.

In all major cities, we can see the quantifiable benefits to the residents of the city or the neighbourhoods so affected for those development that have gone outside of the norm. What are the gains for the residents of the Kingston and St Andrew for those concessions to South Avenue, St James Parks, Lady Musgrave Avenue? In cities with effective governance and management systems, development without clear and quantifiable benefits to the people of the city is called another name.

- Carol Archer is associate professor of urban and regional planning at the University of Technology, Jamaica. Email feedback to columns@gleanerjm.com.