Orville Taylor | Hotel rapes - a problem for us and US 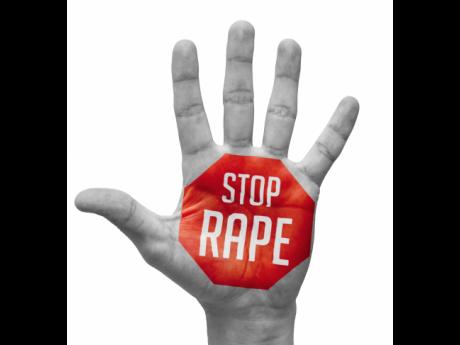 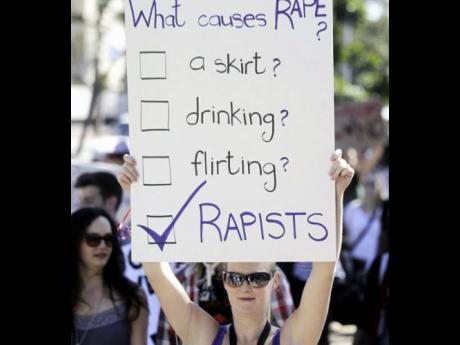 Rape is just about the worst thing that one human being can do to another. It is a repugnant act that generally carries a life sentence for the victim and for the convicted perpetrator as well. Therefore, this horrific act, or any attempt to carry it out, is reported. no stone must be left unturned.

For this reason, I want a comprehensive investigation of every single one of the alleged 78 cases of sexual assault against American citizens, which, according to USA Today, occurred in Jamaican hotels over the past seven years.

According to US Embassy sources, 12 Americans were raped in Jamaica last year, with six cases perpetrated inside resorts by hotel employees. Quite reasonably, the US government suspects that the figure could be higher because sexual assaults are generally under-reported globally.

I have no independent confirmation of the statistics, but even one is one too many.

Inasmuch as rape is the worst form of sexual abuse, any lesser unwanted access to another person's body is a violation. This includes touching or 'rubbing' oneself on another. Apart from sex with a minor, where consent cannot be legally given, the willingness or permission of the individual to allow access to her/his body is sacrosanct. As small as it is, comprising only two letters, 'NO' is the biggest word in this discussion.

At all times, an individual has the right to say no, and that includes a woman who winds up a man to the point where all the blood leaves his brain and migrates south. If she changes her mind at that very moment when he is on the cusp of penetration and says stop, it becomes assault if he continues touching her and rape if he enters her body.

Imagine seeing your lover's cell phone ring and your best friend is calling under the name 'Babe'. Or as he reaches for the condom, his prescription or medication falls from his pocket or drawer. For me, spousal rape is much more than an estranged husband forcing himself on his wife. Beyond the legal minimum, my view is that a loving and caring spouse will never force himself on to, or into, his partner, and that is especially so for nominal Christians.

No person, however much she dresses like a 'harlot' or parades naked in public, is ever 'deserving' of rape. A criminal has no more right to rape such a victim, careless and loose as she might appear to be, than he has in stealing a wad of money because it is carelessly left in the open.

Consent can only be given by persons capable of doing so. Thus, a woman who goes into an all-inclusive resort and drinks herself into a stupor has no legal capacity. Nor does a person with a mental disability.

Indeed, capacity is also affected by knowledge so that if someone pretends to be someone else and gets to engage in intimate contact with the 'victim' by fraud, it is assault and rape if it goes far enough. Believe it: If a woman masquerades as a man, and, based on deception, gets into sexual activities with a heterosexual woman, it is also assault.

MUST BE PUNISHED IF GUILTY

All sex offenders must be investigated and punished, irrespective of race, or nationality, and I commend the American government for looking out for its citizens outside of their country.

Yet before we become knee-jerking alarmists, we need to be absolutely certain that all the rapes did take place. Assault/rape cases are notorious for false accusations and recantations. Thus, it is not enough for me as a reputable academic to accept any arbitrary report as evidence or data.

I also reject the assertion that the Jamaican police lack the capacity to record and investigate rapes. Therefore, reports are not made to them. If the reports are not made, then how will investigation determine whether they are worthy of prosecution or are spurious? It would be interesting to know to what extent the FBI, with its superior investigative abilities and resources, actually verified the reported cases and shared its information with the locals. After all, I want ALL perpetrators to be brought to justice if the claims are true.

Nonetheless, it might be surprising to know that crime is increasing in the hospitality industry, globally, and in the USA. Indeed, it is likely that Americans in their own hotels are less safe than here. Dateline NBC in 2004 revealed that the American Hotel and Motel Association "does not keep statistics on hotel crime, nor does the FBI." However, "hotels often settle claims quietly and never report them". A famous exception is the alleged rape committed by former IMF head Dominique Strauss-Kahn in 2013 against a hotel worker. He settled a civil suit.

The SEIU United Service Workers West reveals that some 50 rapes daily occur in the American workplace and the most vulnerable include immigrant workers of colour and those"who work in hotels, clean offices, serve food.".

Midwestern hospitality trade union Unite Here estimates that the majority its housekeeping workers have been sexually harassed. Horror stories range from naked guests performing sex acts with themselves to rape. In the words of one worker, "the guests think that we are included in the price".

In 2011 American attorney Max Kennerly, noted, "Nobody knows how much crime is committed in hotels ... police don't keep statistics ... and no hotel companies responded to USA Today's requests for crime data". Yup, the same newspaper.

Data provided by the NYPD show that between 2011 and 2015, hotel and motel crime grew by more than 19 percent although crime, on the whole declined by six per cent in the city. In upper-scale hotels such as the Waldorf Astoria, Essex House, and St Regis, rapes jumped by 40 per cent over the period to reach 56 in 2015.

The epidemic of intramural hotel assault by guests and staff on staff and guests alike has got so severe in recent years that states like Chicago passed the 2017 Hands off Pants into law, which requires that hotel workers be given panic buttons.

And here is a scary discovery. The FBI itself revealed that "in-flight sexual misconduct has increased 'at an alarming rate'."In a pattern consistent with national trends, the Baltimore Washington Airport showed a 66 per cent increase from 38 cases in 2014 to 63 incidents in 2017" and for all its competence, it "isn't sure why." The attacks range from inappropriate touching ... to far more invasive actions."

More than 90 per cent of the victims know the perpetrator and only 15 per cent report it. Only 5.7 per cent of reported rapes end in a conviction.

The point of this epistle of a column is that there is a global problem, and Jamaica is only the tip of the iceberg. Let us look at how our metropolitan allies deal with the problem because as I stated earlier, one rape is one too many.