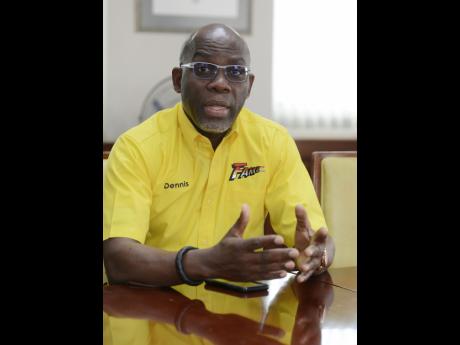 Despite views to the contrary, one of our biggest exports has been our culture, in all its marketable manifestations. A big part of what has made our cultural artefact so marketable is our language, i.e., Jamaican Patois, or creole.

Jamaican Patois, our mother tongue, is expressed through our music; dramatic presentations, including films and plays; food; fashion; and distinctive personality. Despite the naysayers, our language has significant legitimacy in the global marketplace. Phrases like 'yeah, mon' are as synonymous as Bob Marley is with Jamaica.

Even our Caribbean neighbours are adopting Jamaican Patois, which is increasingly viewed as cool in cosmopolitan circles internationally. Increasingly, the Jamaican language has been adopted by the world and is used in songs, movies, fashion lines, food, and commercial and theatrical presentations in North America, Europe, Japan, and Africa.

During a recent visit to Ghana, I went to a dancehall event on the beach in Accra and was pleased to hear the juggling from the sound crew - with Jamaican curse words and all. After enjoying the vibe for a while, the Jamaican selector who took me to the venue introduced me to the crew who were playing. Not one of the sounds system crew, which included a white female, was Jamaican. However, I could not tell the difference when they were on the microphone.

I had a similar experience while on a visit to St Vincent, where again at a popular nightspot, the entire scenario could have been in Kingston.

Jamaican Patois is fast becoming a fashionable style among non-Jamaicans in many areas of culture and entertainment. Examples include the selectors of Japanese sound system Mighty Crown, all fluent in Jamaican and sound system vocabulary. They have been winning sound clashes and entertaining fans internationally.

Popular actor Sacha Baron Cohen is known for his hit movies Borat and Bruno, and shot to fame when his comic character Ali G, a junglist, from West London, started appearing on the British television show The 11 O'Clock Show on Channel 4 in 1998. A year after the premiere of the show, GQ named him comedian of the year. He won Best Newcomer at the 1999 British Comedy Awards and was nominated for Best British Entertainment Performance at the British Academy Television Awards.

Da Ali G Show began in 2000 and won the British Academy Television Awards for Best Comedy the following year. Also in 2000, Baron Cohen, as Ali G, appeared as the limousine driver in Madonna's 2000 video Music. In 2002, Ali G was the central character in the feature film Ali G Indahouse. His television show was exported to the United States in 2003 and was featured on HBO.

Then there is Kofi Kingston of World Wrestling Entertainment(WWE), that multimillion-dollar entertainment outfit that is popular globally with more fans than most major sports. This professional wrestler, who is actually from Ghana, is marketed as the only Jamaican wrestler in the WWE. Kingston speaks in a Jamaican accent the best he can and wears the Jamaican flag colour almost exclusively. These on-screen gimmicks were touted as "paying tribute to Jamaican culture".

Boston College-educated Kingston was billed as coming from Jamaica because according to Leslie Goffe of the BBC, "people would be more likely to embrace a person from the land of Bob Marley and reggae music" than someone from Ghana.

These are but a few examples of cashing in on Jamaican creole by outsiders who have found merit and power in our culturally unique way of communicating. This intangible cultural heritage is a valuable asset.

However, because of our colonial past, we have neglected it to our detriment. If we continue to ignore our Jamaican language and be ashamed of it, we do so at our own peril. We need to give it the legitimacy it deserves by teaching it formally in school so that we can be more effective in speaking our imposed foreign tongue, English.

The Jamaican language, rather than being an obstacle, is really an asset and can be an important tool in marketing our cultural artefacts. It is, indeed, part of our competitive advantage. We can't allow the rest of the world to profit from our culture and our language and not be a central part of these economic opportunities.

- Dr Dennis Howard is a musicologist and general manager of radio services for the RJRGLEANER Group. Email feedback to columns@gleanerjm.com.