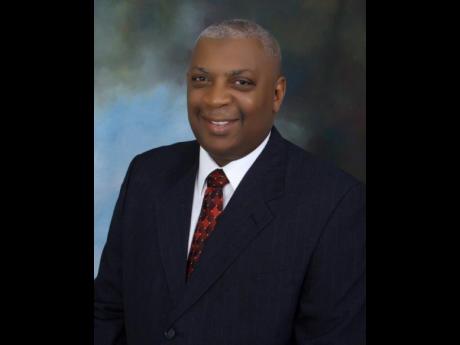 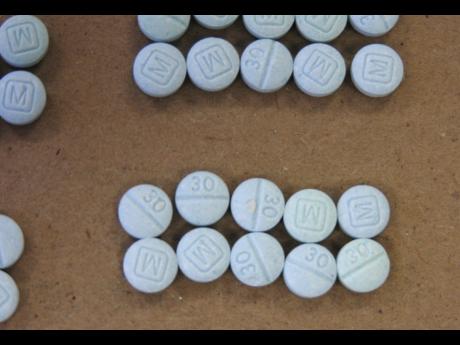 The frenetic pace of the global news cycle with significant and disruptive important issues like Brexit, the rise of populism, privacy, immigration, the scope and impact of social media, fake news, and trade wars has resulted in the downing out of other consequential stories. One such story occurred in early December 2018. At the G20 Summit, a seemingly insignificant agreement between China and the USA was reached over the regulation of the opioid fentanyl, which is linked to thousands of overdoses in the United States. There is a historical context to this agreement, which, in the future, is likely to be very significant.

The first stanza takes us back to the 18th century with Great Britain and China as the central characters. China was the most powerful economic force in Asia, and there was a huge trade imbalance with Britain (most powerful in Europe), other European countries, and America (sounds familiar). China mainly traded porcelain, silk, and tea. Britain mainly sold furs and textiles, which the Chinese were not interested in. This resulted in a huge trade deficit for Britain, and there was a huge net outflow of silver and gold to China.

During this period opium was consumed primarily by China's elite and was not available to the masses.

Britain discovered that there was a demand among the masses for this drug and began smuggling opium into China. This fuelled the consumption of opium by the middle class and the masses. By the turn of the 19th century, fuelled by the smuggling of opium, the balance of trade started to shift in Britain's favour. The social impact of the trade was devastating in China as there were widespread addictions. When China attempted to curtail the trade, it resulted in two armed conflicts known as the Opium Wars.

In the first, Britain declared war on China (1839-42) under the pretext of unfair trade practices and restricted market access. This war, despite the pretext, succeeded in putting a moratorium on China's effort to curtail the trade.

A second more expansive war (1856-60) ensued involving a Franco-British alliance against China, which succeeded in forcing China to legalise the trade. Incredible!

The result of these wars and the legalisation of opium was a catastrophe for China and ushered its decline and humiliation as an Asian and world power. China was reduced to near bankruptcy as opium was being forced and silver and gold was being force out by the trade. As a consequence of the wars, China was forced to open more ports to trade and had to cede territories to England and France among others.

This is but one example that Britain's great-power status was enabled by military action rather than economic enterprise alone. This method to achieve great-power status was not unusual to Britain, however. Yuval Noah Harari explained in his book 21 Lessons for the 21st Century that in 1846, the United States invaded Mexico and conquered California, Nevada, Utah, Arizona, New Mexico, and parts of Colorado, Kansas, Wyoming, and Oklahoma. The question that many Mexicans must be currently asking themselves is, if a wall is to be built, where should the border be?

The second stanza is set in the 21st century. The characters are the US, the pre-eminent world power, and a resurgent China seeking to supplant the incumbent power. China made its intention clear in 2013 when its president, Xi Jinping, announced the Belt and Road Initiative (BRI) - reminiscent of the Silk Road when China was a world power - which he described as a platform for international cooperation. The scope of the BRI included promoting trade, fostering financial inclusion, and facilitating people-to-people exchange. China's huge infrastructure investment in Jamaica is part of this initiative.

China has a huge trade surplus with the US, which was approximately US$35.5 billion in November 2018. The US has accused China of unfair trade practices and market restrictions. Consequently, in July 2018, the US started a trade war with China when the US Customs and Border Protection (CBP) began collecting a 25 per cent tariff on 818 imported Chinese products valued at US$34 billion.

The US-China trade war is consistent with US President Donald Trump's 2016 policy of 'US First' and 'Making America Great Again'. The China BRI policy is similar: 'Make China Great Again'. This fight is between the Giant Panda and the Bald Eagle or simply, two bull 'inna global pen'. The objectives of both countries are similar but with fundamentally different methodologies. The US, under Donald Trump, views the world through a nationalistic lens while Xi Jinping has a global view. These two divergent views will result in growing geopolitical tensions, which have started to have implications for Jamaica's foreign policy.

This 21st century trade war has several different dimensions: economic, as it usually does, but it also includes cultural, military, ideology, and technology. Despite the media focusing on the tariff aspect of the trade war, the most intense and under-reported aspect is the technology dimension. The major reporting on this technology war is the arrest in Canada of Huawei's chief financial officer, Meng Wanzhou, who faces extradition to the US on alleged violations of US sanctions.

For those of us who only consume western media, we could be excused in believing that China is the aggressor in this war, committing espionage, cybercrime, and the US is trying to hold them at bay. This is, however, 'fake news'. this is war in which all is fair.

Unlike the 18th-20th century, no actual armed conflict has resulted so far, and none is expected. Superpower appetite for engaging in direct armed conflicts is diminishing. In December 2018, Donald Trump declared victory in the war against ISIS and ordered the withdrawal of troops from Syria and Afghanistan without achieving their military goals and before the enemy has been defeated. China has not engaged directly in any major armed conflict since the 1970s. The only recent exception has been Russia's annexation of Crimea.

This takes me back to the agreement between China and the US over the regulation of the opioid fentanyl. According to NBC News, the US Drug Enforcement Administration (DEA) reported that drug overdose deaths reached a record high in 2017 when it rose to 72,287. More than 49,000 of those deaths involved opioids. Fentanyl, which goes by the street names 'China Girl' or 'China White', is a synthetic opioid that is extremely addictive and is 80 to 100 times more powerful than morphine. It is usually added to heroin to increase the drug's potency. In testimony before Congress in September 2018, Paul Knierim, the DEA's deputy chief of operations for its office of global enforcement, cited Chinese chemical companies as one of the predominant sources for illicit forms of the drug.

The similarities for economic and political hegemony in 18th century China versus Britain and 21st century china and the US begs the obvious questions: are illegal drugs still being used as a tactic for hegemony? Is China doing on to other as others have done on to them? The Opium Wars' 21st Century version could be called Opioid Wars.

The legacy of the Opium Wars has not been lost on Xi Jinping as he referenced it in a speech in 2017 as "one of humiliation and sorrow". Some academics have argued that the legacy of this war has significant influence on China's planning, foreign policy, and trade. Interestingly, the China and US versions of the agreement on the regulation of opioids has subtle, yet significant, differences that will be open to interpretation. I guess all is fair in love and war.

- Professor Paul Golding is dean of the College of Business and Management, UTech, Jamaica.

Email feedback to columns@gleanerjm.com and pgolding@utech.edu.jm.