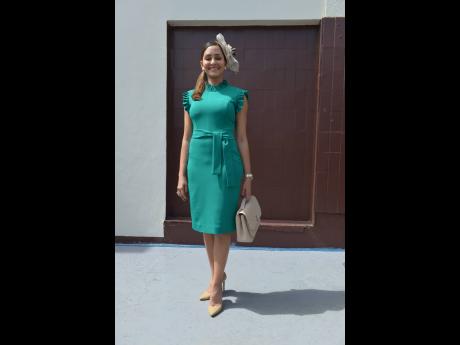 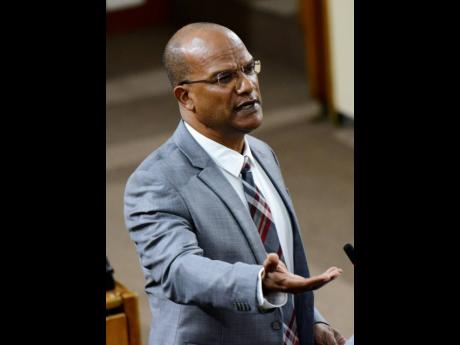 I must admit, to amazement and even shock, that the police have not yet caught those who committed what had to have been the terror-filled murder of Dr Lynvale Bloomfield. Based on the observation that no signs of a break-in were shown, it seems obvious that the murderer gained entry at the invitation of the doctor. The late member of Parliament for East Portland knew the murderer.

I am forced to assume that the police are hot on the heels of the person or persons who robbed Dr Bloomfield of his life. Soon, there will be an arrest and an airtight charge laid.

It will not be too long after the funeral that the Jamaica Labour Party (JLP) will announce the by-election to fill the vacancy.

That party has, of course, settled on its candidate, Ann-Marie Vaz, who, in working closely with her husband, the politically passionate Daryl Vaz in the western side of the parish, has long been bitten by the bug of representational politics. With the JLP holding the handle on calling elections, it is safe to conclude that one will be called only after the JLP is certain that Mrs Vaz is in safe electoral territory.

The sensible thing for the JLP is to assume that it is no walkover to overhaul 2,000 votes and then snag another 500 for safe keeping. That will mean the application of smart and efficient politics and, of course, the passion in moving among likely voters in this rural farming constituency.

Portland is overdue for a solid infusion of high-end and cottage tourism, but this time, with real meaning behind it. The sort that will spread the increase in earnings among young people who have never fully embraced farming as part of their economic future.

There are multiple factors at play for the opposition People’s National Party (PNP) as it seeks a candidate to replicate and even better Dr Bloomfield’s numbers in 2016. Dr Rhodd, who once held the seat, has shown renewed interest and he sets certain conditions if he is to make another go at it. Andrea Moore is not about to give up, and there is more than talk that Damion Crawford will be heading east.

A TALKING BUNTING VS A PLANNING PAULWELL

Based on the rise in the profile of Peter Bunting, especially in his parliamentary questionings on the pending sale of Venezuela’s 49 per cent stake in Petrojam, it seems to me that Bunting is embarking on another political probe similar to the one he began immediately after the PNP narrowly lost the general election in February 2016.

The long and unwieldy hobble keeping the PNP marching but not moving forward since that time has been the leadership of Dr Peter Phillips, who is constantly polling behind the PNP. One would believe it’s a cinch that the JLP government is being hurt by revelations out of Petrojam, but the spokesperson on Energy in the PNP, Phillip Paulwell, is uncannily muted.

This may sound strategy by a man who has expressed his leadership ambitions but who recognises that his voice may not be the best one to ring any alarms on Petrojam. Into this vacuum well suited for another voice has rushed Peter Bunting, and Paulwell has no other choice but to watch from the sidelines and hope that his delegate support from all regions will be holding solid when the right time comes.

Bunting would have to be looking at the next elections and, going forward with a loss or a win, would much prefer that someone who supports him gets to run in the East Portland by election.

The highly popular Damion Crawford has too much of an independent streak for any PNP politician to believe his loyalty is assured by the promise of future political horse trading. And he has leadership ambitions, too.

For now, I expect to see Bunting continue to increase his public exposure as all senior members of the PNP not named Dr Peter Phillips know that the biggest negative facing the PNP is the PNP leader’s inability to strike a concord of political passion with the voting public.

Peter Bunting is not wildly popular inside the PNP, and in another race for PNP leadership, I would, at this stage, see the first baton change with Paulwell out in front. If Peter Phillips continues to fail to ketch a fire from the political podium and murders show significant increases towards the latter part of this year and into 2020, I would see that as a political negative for the PNP, whose leadership ratings continue to show numbers weighing down the party.

CARS AND THE TAX SCAM

It’s the biggest open secret now for many years. One’s car does not have to be insured to have it registered and licensed.

You drive a car and cannot afford, or cannot be bothered, to find $35,000, $45,000, or significantly more for your insurance premium, which does not include a comprehensive plan. You can afford to pay the fee for the fitness test, but your car is not in the best of health. And you have the money for registration and to licence for six months. There is no need to worry your little head off.

Make contact with ‘the man’. He has a contact inside your nearest tax office. The lady there will require between $500 to $1,000 to put in her pocket to give you your registration. That is, on top of what it officially costs. There is no need to inconvenience your poor car by actually taking it to the depot for testing.

So a man there will require between $750 and $1,000 to put in his pocket for ‘passing’ your car. When all the papers have been given back to you, included in the money you had paid over would have been an extra $1,000 for ‘the man’.

The hassle that once attended actually getting one’s car passed for fitness has been removed.

A few months ago when my lady took my car to get it passed, she told me that the total wait time was just about 40 minutes. That, of course, is the legal way out.

Until you are in an accident and the lack of insurance gets up to bite you in the jugular.

There ought to be some tick box in the tax office indicating that an insurance policy was seen.

Some years ago, I knew a man who, with a computer and printer, generated insurance certificates out of the back of his car, which parked just outside a certain tax office.

Driving without insurance is a deadly risk, especially in light of our societal indiscipline. But we are a hustling society where ‘Mi build mi house last year’ is the proudest thing one person can say to the other even if the funds were ill-gotten.

Corruption is a mechanism where all parts of the machinery operate in tandem with the other parts. The lady in the office doesn’t even have to touch her official salary. Plus, she has to be specially ‘skilled’, knowing that she may be working right beside four or five non-corrupt staffers.

Years ago, I was in the office of a businessman who had a rolling stock of about 20 vehicles. He handed ‘the man’ the papers for the vehicles and a packet of cash. Two hours later, all of his vehicles were’ right’ with the law.