Zia Mian, | A myth: the Kingston refinery and security of petroleum supplies 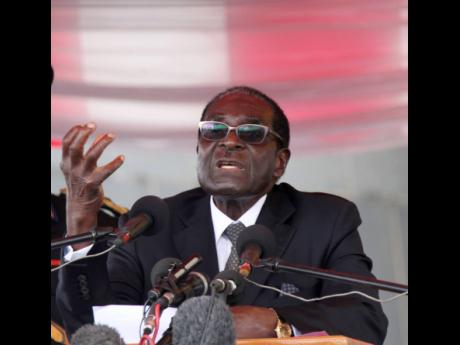 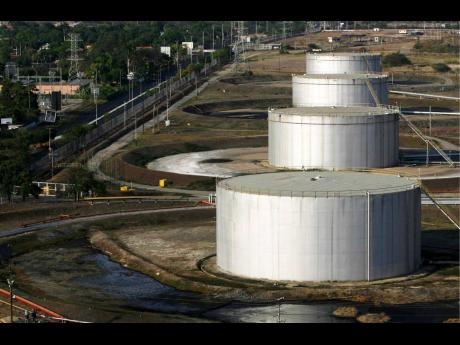 Following the publication of my column in The Sunday Gleaner, February 10, 2019, I received a number of encouraging emails and comments. Some comments were from as far away as the Middle East, the United Kingdom, and Canada. They alluded to other refineries that faced predicaments similar to the Kingston refinery.

In the February 10 column, I reviewed the privatisation efforts that the Government undertook in order to meet the conditionality imposed by the International Monetary Fund (IMF)/World Bank Structural Adjustment Programme. I pointed out that the petroleum marketers operating in Jamaica did not express an interest in putting in a bid to buy the Kingston refinery.

Other proposals or bids (solicited or otherwise), lacked credible financial backing. Finally, the Government accepted an offer for a Management Buy Out, which ultimately fizzled out.

Before I proceed further, let me make it clear to the readers of this column that the Kingston refinery is not an ideological or a national sovereignty issue, and its future must be addressed within the context of the national economic interests. It must not become a political talking point!

I recall that in the early 1990s (when I was seconded to Jamaica from the World Bank as an energy advisor), I was cautioned not to question the Government’s policy stances, which solicited the following question: Why have an advisor if our ‘mind is already made up’?

My father was a prolific reader of historical fiction and non-fiction. He always reminded me that if we fail to learn from history, we are doomed to re-live it!

I have pointed out a necessity to commission a comprehensive least economic cost petroleum supply option study before making a decision that would affect the future of the energy sector.

While I had intended to discuss the joint venture (JV) with Venezuela in this article, the events of the week of February 11, 2019, have prompted me to direct my attention to the ‘myth of a security of petroleum supplies’.

I will address the JV with Petróleos de Venezuela, S.A. (PDVSA) in the next column. Thereafter, we will look at the refinery’s assets’ valuation and their potential use. The final column would connect the dots and outline a strategy going forward.

Rather than embark on a long-term analysis, I will confine to the last five years (2013 – 2017). These years do reflect a trend applicable to the past 40-plus years.

The non-bauxite sector imports averaged at 17.3 mbbl/a. The marketing companies’ share was about 1.3 mbbl/a. Imports by the Kingston refinery, therefore, averaged at 16 mbbl/a.

The Kingston refinery accounted for 92.3 per cent of the non-bauxite petroleum imports. The interesting part is that of the 16 mbbl/a, crude oil only accounted for about 49 per cent of the imports. The refinery, on the average, imported 8.1 mbbl/a of fully refined products. The processing unit’s average utilisation factor hovered around 60 per cent.

A plant that operates at around 60 per cent of its plant capacity can hardly be a financially viable unit and provide supply security to a country.

Let us explore the question of petroleum supply security for a country and why an uneconomic plant is not a ‘necessary economic condition’.

In 1981-82, I led the World Bank missions to develop energy policy options and strategy for the newly independent Zimbabwe. When reviewing the petroleum sector, we discovered that the Government had directed Shell to reopen the Feruka refinery (located at Umtali – renamed to Mutare in 1983) that was built in 1964.

The refinery had a high-complexity factor (a coking plant to avoid production of fuel oil). It was shut down in 1966, following sanctions against the Unilateral Declaration of Independence (UDI). The then Prime Minister, Mr Robert Mugabe, considered that the opening of the refinery was critical for the continued national petroleum supply security!

Following the events of the 1970s, in the 1980s, the world petroleum scene and cost structures had changed dramatically (a situation that made it necessary for Jamaica to shelve the idea of building a large export refinery at Luana Point).

My team concluded that the proposed rehabilitation of the refinery was not an economic option for Zimbabwe.

Zimbabwe is a land-locked country, and it had to import crude oil through a pipeline from Beira Port in Mozambique (a country with a lot of guerilla activity in those days). Throughout the UDI, Southern Rhodesia never faced a fuel supply shortage.

Once I explained the economics and misplaced concerns with respect to fuel supply, Mr Mugabe took a pragmatic decision, and, following a comprehensive study, abandoned the idea of reopening the refinery.

Oil is the single largest source of energy for Jamaica. In 2017, it accounted for 94.8 per cent of her energy consumption. Since Jamaica has no domestic oil resources, all of it (about 19.4 million barrels equivalent annually) is imported from various sources (Bahamas, Colombia, Ecuador, Mexico, and Venezuela). About 37.6 per cent of it is crude oil and 62.4 per cent fully refined products.

Supply reliability is as good as the availability of crude oil for a refinery and a presence of export centres in a region. Jamaica buys refined products to fully meet demand for petroleum. It is the nature of regional export refineries that determines the security issue and NOT a supply of crude oil from one or more suppliers.

Let me draw your attention to a situation that Jamaica faced in the 1970s when the country was threatened with petroleum supply shortages (a security issue).

It is not that Jamaica had no refinery to ensure supply security.

We had no foreign exchange to pay for crude oil or product imports. At that time, our security of supplies was secured by rescheduling the payments for petroleum import bills. Esso, the owner of the Kingston refinery and terminal, facilitated this. At that time, I was heading a UNDP energy project in Jamaica and remember having long discussions with the then Esso General Manager Mr Poindexter during lunches at the now long-gone Swiss Chalet restaurant.

It must be pointed out that crude oil is not a homogeneous product. Crude oils differ in gravity (light or heavy), sulfur content (sweet or sour), and are priced accordingly. The specifications are important as the refineries are generally designed to process a narrow range of crude oils, and are not fungible.

An upgraded or high-complexity factor refinery is normally intended to process heavy crude oils. For a Jamaican upgraded refinery, feedstock may come from Mexico or Venezuela (likes of Altamira or Bachaquero). If a precarious political situation develops (as is the case now with Venezuela), the refinery could be forced to shut down and rely on direct product imports.

For a small market such as Jamaica, it is generally more secure to have access to a number of refineries than one or two sources of crude oil, which, in case of emergency, can lead to the closure of a refinery, particularly if it is upgraded with a hydrocracker, a vacuum distillation unit (VDU) or a decoking unit. These all have high ‘refinery own fuel use and loss’ factor that, based on the price of crude oil, affects the refiner’s margins.

Between 1950 and 1990, over a dozen export refineries were built in the Caribbean region mainly to serve the United States (US) and the regional market. At present, there is about 2.6 million barrels per day (b/d) refining capacity in the region. With a decline in imports by the US and pressure on refiners’ margins, many have been operating at a loss or below capacity. In 2017, the crude oil throughput for the five select regional refineries was at 1.25 million b/d (not including Mexico).

Curaçao refinery (302 thousand b/d) was leased to PDVSA for 20 years. This lease has expired, and a new operator is expected to upgrade and rehabilitate the refinery.

Trinidad and Tobago’s (T&T) Petrotrin is about to complete its US$1.2 billion upgrade of its 170-thousand b/d refinery. You may recall that T&T used to have two refineries, and one was shut down for economic reasons.

There are initiatives to reopen the St Croix 200-thousand b/d refinery and 235-thousand b/d Aruba refinery. As the region remains surplus in refining capacity, most refineries would continue to suffer from low refiners’ margins.

On January 1, 2020, the specification for bunker fuel will be changed from 3.5 per cent sulfur to 0.5 per cent sulfur. This change would make the Kingston refinery completely outdated. By that time, the Jamaica Public Service (JPS) would be well advanced with its LNG programme and have no demand for high-sulfur fuel oil that the refinery produces.

The larger question is: can Jamaica afford to invest US$1.3 billion in a 50-thousand b/d refinery to eliminate fuel oil from its product slate?

Or should the government “spend US$20 million to facilitate the commencement of construction of a VDU at the state-owned oil refinery Petrojam in the 2019-2020 financial year”?