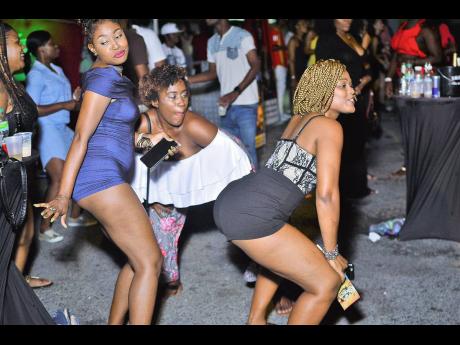 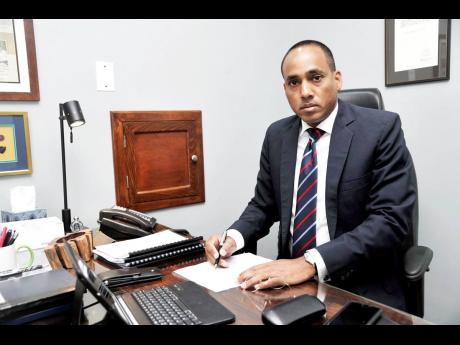 Peter Champagnie is one of Jamaica’s most successful attorneys-at- law. He has the experience, knowledge of the broken system of justice, and, one assumes, based on his competence in his profession and his observations of the myriad, problematic social interactions, he is the perfect person to suggest the paths to our short- and long-term progress.

Last week, however, he fell prey to a view of women and semi-nudity, which made him appear as if he was Mr Prude and Sir Moral Police.

I confess to no knowledge of how the bright spark of a lawyer grew up. I don’t know if he grew up on a gully bank or if, in his youth, he spent his weekends with his friends in lounges at poolsides with the whiff of grilled sirloin floating over on a lazy afternoon.

I have no idea if the rigorous teachings of the Church and the placement of women as originators of all evil were freely doled out to him while he was in early adolescence. Knowing that he had to have been bright as a teenager, I would want to believe that he was always supercurious and would want to challenge all accepted norms.

That Mr Champagnie criticised the sexually provocative poses of female law students at Mona while they were into a so-called cultural ‘thing’ on dancehall is surprising, given that he must have seen in his long career, and must have navigated through, the difference between a stage act and the realities of life.

His stance has placed back on the front burner many of the social mores that are supposed to cement in the minds of uptown people that they are inherently superior to ‘those people down there’.

But I see it a bit differently.

For now, just at face value, I will accepted that Mr Champagnie believes that female law students would be better off socially if they accepted that an outward show of purity must mean that they are better human beings than the rabble. A skit is good, an act taken to its creative best is better, but through it all, please do not expose any skin.

This takes me to another reality inside of dancehall and the convoluted sexuality of the uptown Jamaican man. Now, I do not like the genre known as dancehall music, and I know exactly why that is so.

I grew up in a different time when melody and harmony in music meant either the beautiful bliss of love or the melancholy of what was embraced for long but was lost. I never experienced the youthful ravages as expressed in dancehall music. The violence, the broken communities, the placement of women as purely sexual objects to be used, and the use of the gun as the bigger extension of my masculinity.

But I always admired the females artfully decked out in skimpy outfits, and why not? Am I not a man?

Let us be honest with ourselves. It seems to me that expert creativity has long abandoned dancehall music. The real stars are but a handful. The mass of DJs waiting to ‘buss’ litter the areas outside of many studios, but many of them left their creativity at home or no longer recognise the word.

At the same time, many uptown men, who have long parked their faithful wives in the eastern wing of the house or on the floor just beneath the helpers’ quarters, are those denizens of the night seeking sex in uptown settings with downtown delights. Places known as massage parlours where the smallest, most strategic places on the human body are stimulated for the shortest times at the highest prices.

Mr Champagnie knows that he cannot afford to make it appear as if he is talking for those pretenders of high virtues. And I know he is not. But his voice gives them a relevance that they do not deserve while somewhere in the mix, the female of the human species, in this case, our Jamaican women, is made into a lesser being.

Especially if she is semi-nude.

A DAUNTING TASK FOR THE PNP IN EAST PORTLAND

In the unwritten law of the political jungle, it is boldly stated yet still un-codified: by-elections favour the ruling party and, the win for that party always tends to bring about internal chaos in the opposition party.

Ann Marie Vaz of the JLP and wife of West Portland MP Daryl Vaz has been operating in East Portland for the last 11 months. In contrast, the highly popular (in PNP circles) PNP vice-president and senator, Damion Crawford, has been on the ground there for a little more than a weekend.

That the PNP has made the claim that East Portland is ‘PNP territory’ but has again shunted to the back of the pack the locally well-liked Andrea Moore, an attorney-at-law with the political patience of Job, and instead parachuted Crawford into a constituency that he really doesn’t know and will have less time to discover, tells me that the PNP’s move is not so much one based on political strategy as it is sheer desperation.

At this time, Damion Crawford’s mind must be purely on cruise control and not full speed ahead as he faces off in the next month or so with the Vaz juggernaut in East Portland.

Let it soak into your mind, readers, that Damion Crawford is the most popular person in the PNP. Moreso than people like the PNP leader, Dr Peter Phillips and even icons in the party like P.J. Patterson and Portia Simpson Miller.

The very act of dropping him overnight in what is likely to be proven as territory in occupation by the JLP is not exactly in tune with Dr Phillips’s claim that the constituency is already won before the election is called.

The JLP as a government may not be bringing many of its voters into orgasmic expressions of adoration, but at the same time, it is not seen to have too many negative drags on it.

According to polls, which I have only been told about but which seem to be locked away in the most secretive parts of the JLP’s mind, “Ann Marie Vaz and Andrew Holness are a winning combination.”

The JLP is not in a starvation mode in this by-election, while a group friendly to Crawford has opened a GoFundMe page. In principle, this is good for the PNP, which wants to show the people that it is not beholden to big corporate donors of the party.

But this could backfire royally on the PNP.

The reasoning could go like this. You, the PNP, are sending the most popular man in the PNP to compete in East Portland by-election and he comes bearing only salt and old slate. If you have such faith in him, why not back him fully from the coffers of party central?

And here is the other more pressing reality. When potential voters, poor voters, interact with the candidates and they stare at each other and a man tells Crawford that the roof of his house needs five sheets of zinc and a woman tells Ann Marie Vaz that her fowl coop is in need of chickens, how will that quite work out?

The rural voter, in times of by-election, tends to be brutally pragmatic and finds it much easier to relax his previous voting habits. Those who are likely to see the PNP opposition as powerless, but who voted for the party the last time out, are likely to show up for the noise but stay home on Election Day.

The voters will know which party has the tender fry chicken and which is offering cup soup.