Densil A. Williams | Race, class & identity politics: Is Jamaica out of the woods? 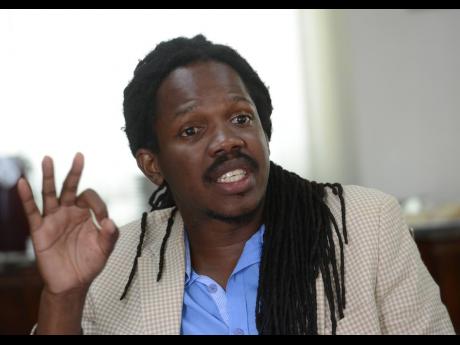 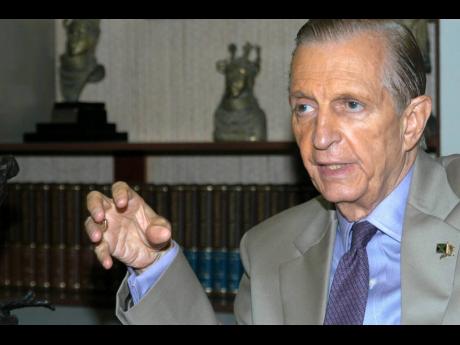 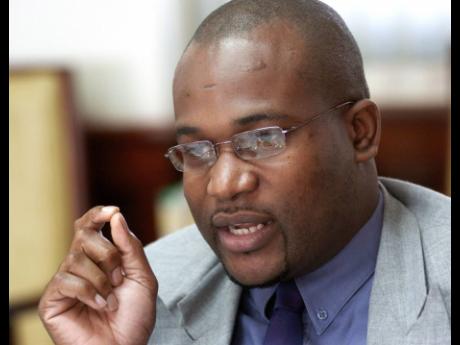 In 1961, in the Jamaican House of Assembly, a relatively young Edward Seaga, then opposition member, raised the uncomfortable issue of class division in the Jamaican society in his famous ‘Haves vs Have-Nots’ speech.

Seaga was troubled by the depressed state of living of the majority of Jamaicans while a small majority had opulent lifestyles. Seaga observed that the expenditure of one middle-class family was able to cover the expenses of many families in what he termed the “have-nots” portion of the society.

Fast-forward to 2019. A young opposition senator, Damion Crawford, ignited similar sentiments when he observed at a mass rally for the People’s National Party (PNP) on March 3, 2019, that ‘the system’ is stacked against too many ordinary Jamaicans who are living in very depressed conditions while a small minority enjoys the benefits of economic growth.

Crawford’s observation is grounded in data which show that the average consumption spend by persons in the lowest, income quintiles is J$153,000 per year while the average for persons in the highest-income quintiles is J$456,000 per year. This is akin to Seaga’s observation over 50 years ago that the ‘haves’ spending could easily feed multiple families in Jamaica at the time. In today’s Jamaica, the data show that what one family in the ‘haves’ group spends on consumption can feed three families per year in the ‘have-not’ group.

Crawford’s observation and vocalisation of the state of play in the population today has caused discomfort among many in our society. This is not different from over 50 years ago when Seaga’s observation caused similar disquiet among many within the society at the time.

These inconvenient truths, however, should not be read as being bad for national discourse. Indeed, these uncomfortable issues are needed to be laid on the table and debated in a sober way so that we can continue to press for solutions in order to create a better Jamaica for all and not just a privileged few.

When Rex Nettleford penned Mirror Mirror in the 1970s, the intention was to bring to the fore the uncomfortable question of class and racial differences that have held back stronger progress on the social and economic front in the post-colonial independent state, Jamaica.

Nettleford noted that Mirror Mirror was concerned with the problems of the Jamaican black majority and the uncertainties and contradictions of their role in what is supposed to be their country. Critically, however, Nettleford observed that Jamaicans of all hues have to realise that social and racial cohesion is an absolute for national survival and development.

The issues raised by Nettleford in the 1970s, while not as pervasive in 2019, are still germane. Indeed, Oxfom, a highly respected non-governmental organisation committed to poverty reduction and improving the quality of life of citizens across the globe, noted that income inequality in Jamaica is still worrying, despite the progress made in economic growth.

The Commitment to Reducing Inequality Index 2018, which is a global ranking that grades governments on how they are tackling the gap between the rich and the poor, ranks Jamaica quite low on the level of reducing that gap.

It is these uncomfortable statistics that make the issues raised by Crawford in 2019 still relevant as they were in 1961 when raised by Seaga, and in the 1970s, when theorised by Nettleford.

Unfortunately, there are those in our society who do not wish for the issue of race and class to be discussed today. Indeed, given our complexities as a society, the topic sometimes makes for uncomfortable conversation. Nettleford capture this complexity well when he quipped that we are not only Africans, we are Europeans, Asian, and a mix-up of races. Our motto correctly captures the spirit of the nation: “out of many, one people”.

However, despite this discomfort, we should never shy away from having a conversation around the issue and also seek solutions as we have been trying to do since the 1960s.

For Crawford, these issues have never been settled and still have vestiges of the colonial system running deeply into the everyday life of ordinary Jamaicans.

His intervention, as I read it, is not about creating a war among the classes. Instead, it is about ensuring that all Jamaicans of the ‘have-nots’ category can develop a strong self-confidence, self-assurance, self-esteem and say, despite their beginning, once given the opportunity, they will be able to extricate themselves and their families from the jaws of poverty.

Our education system must teach students to become more self-assured and confident. They need to be taught to speak in public, debate their positions, and accept differences and not become too reductionist in their thinking. Incorporating courses in philosophy at all levels of the education continuum will help to bolster this type of critical thinking, which is badly needed in our society.

Further, the universities should urgently engage the public in a set of discussions on the topic of race, class, and identity in Jamaica today. Universities have the gravitas to host these types of discussions and derive solutions that can help Jamaica to make serious inroads into the issue of inequality and poverty reduction. For we cannot separate these issues from the issue of class and race.

Indeed, Carl Stone captured this well when he noted “race remains correlated with class since the overwhelming majority of ethnic minorities own property or are located in the upper reaches of the class and status hierarchies”.

While progress has been made in diversifying this structure, there is still a far way to go to derive equity.

It is wrong and dangerous for us to ignore Crawford’s observation and thinking that the conversation has been settled. The data from all sources suggest that the issue is far from being settled. There is still a lot of work to be done to reduce the level of inequality in the distribution of income.

Critically, this issue of income inequality and poverty reduction cannot be separated from the issues of class and race.

Nettleford and Stone, writing in the 1970s, have provided substantial empirical and theoretical insights for us to build a consensus around the issues in order to derive more long-lasting and sustainable solutions. All sections of society should now embrace this and enter into a candid debate despite how uncomfortable it might be in order to ensure a more equitable society for all.

The current structural dynamic of race and class in the society will not lead to more equitable distribution of income. We must use education to help to solve this problem. An access revolution to educational opportunities at all levels is impatient of debate.

- Densil A. Williams is a professor of international business at The UWI. Email feedback to columns@gleanerjm.com and densilw@yahoo.com.