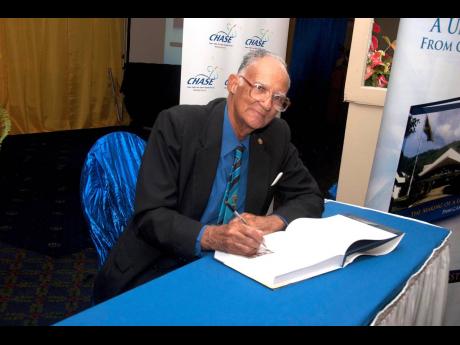 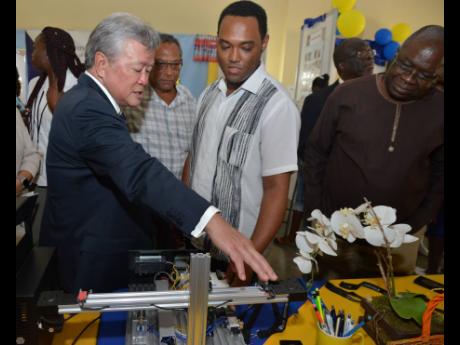 Finance and the Public Service Minister Dr Nigel Clarke should have been invited to the University of Technology (UTech), Jamaica’s Research Technology and Innovation Day last Thursday. In both capacities: finance and the public service. But he might have been busy with Budget matters. ‘Tis the season.

There has been a run of research days since early February.

It was as guest speaker at the opening of the University of the West Indies (UWI) Research Days in early February that the minister made one of the most important announcements for research since Norman Manley announced the establishment of the Scientific Research Council (SRC) in 1960 to drive state-sector research. These major policy announcements, like election dates, should properly be made in Parliament. But that’s another story.

The struggling history of the SRC tells a sad story. A story of plan without provision. That, too, is the story of the much younger (1993) National Commission on Science & Technology. What the minister announced on February 6 was the establishment of what amounts to a National Research Fund from the Budget and counting R&D expenditure in GDP – for the first time at last.

Reporting the next day, The Observer said, “Government yesterday indicated that it would make funds available in the national budget for the pursuit of research and development (R&D) as of financial year 2019-20, and that effective September 2020 it will take research and development spending into account in the calculation of the country’s gross domestic product (GDP).

The announcement came from Minister of Finance and the Public Service Dr Nigel Clarke … .He did not disclose the amount to be set aside in the b udget, saying only that it was a ‘modest allocation’ and that details would be shared when the Estimates of Expenditure are tabled in Parliament … .”

The paper joyfully editorialised the day after the news report was carried, “Government’s focus on R&D a game-changer” which “warmed our hearts”.

I’ve been relying on media without success to pick up what that ‘modest allocation’ is in the Estimates of Expenditure, that have since been tabled, or from the minister’s Budget presentation. The big excitement over the $14 billion tax give-back may have sidelined the search fi di lickle money.

Concerning counting R&D as a share of GDP, “the minister said the move will stimulate greater investment in the sector, which will, in turn, drive innovation”, the story continued.

“For Jamaica, the move is seminal to the development of home-grown policy and innovation,” the minister said. ‘We want to get to a place where policy is driven by research into our own unique situations’.”

Having done his research, the minister could point to inventions such as the Internet, GPS, the Google search engine, and many vaccines, all of which were financed by government sources. “... There’s no doubt that the spending on research by government has delivered some of the greatest innovations … .”

But there are ordinary things, important national problems, to be solved by research.

The minister was shown ‘bravely’ handling the sea cucumber on display, a situation that was almost as comical as his use of Jameikan when he is doing politics. Harvesting sea cucumbers for a world market hungry for the exotic product is an industry on the upswing. But the conch industry is on the downswing, prompting a closure of harvesting for a year. Sustaining both the harvesting of sea cucumbers and conchs will require scientific investigation.

Firmly positioned beneath the editorial on the Internet praising Government’s focus on R&D as a game-changer, delivered by the Google search engine, which the minister referenced, was the UTech, Jamaica, online advertisement for its own Research Technology and Innovation Day, ‘Research and Innovation … Fueling a Bright Future’.

Butch Hendrickson regaled his audience with practical problems around the place, amenable to simple technological solutions as well as with his own innovative approach to modernising and running one of the country’s oldest and most successful baking companies.

The road network figured prominently in Hendrickson’s delivery. UTech has the country’s best pool of road engineers. The Journal of Arts Science & Technology, which I help to edit, recently carried a research paper by one of them, ‘Child Road Fatalities and Injury: An Analysis of Jamaica Road Users’ Behaviour Patterns and the Impact on Child Safety’.

In the recent past, the university has played a lead technical role in the crafting of the National Housing Policy and the National Building Code, and currently, is technical lead on policy for the regulation of sugar-sweetened beverages.

And Mr Hendrickson’s baking company has just put out a winner based on research and development from a folk formula. Its nice JackSnapz is “today’s jackass corn”.

South Africa, with whom we are linking for joint research work, with UTech as a key initiator and driver, is a leader in financing research on indigenous knowledge backed by their National Research Fund.

HISTORICAL EVOLUTION OF THE INSTITUTION

Minister Clarke has given other commitments. Less publicly, but no less seriously. Following student and staff action in the public space, which gets public and political attention, and negotiations behind closed doors, the minister has written to the academic staff union to say, “I maintain … that UTech has a crucial role to play … and I commit to helping UTech to play that role. I believe this is supremely important as we work towards the provision of an enabling environment for sustainable economic growth.”

Dr Clarke wanted to be briefed on the “historical antecedents” behind the funding issues impeding the university. I can help, having done research work on the history of the institution on the occasion of its 50th anniversary in 2008. Space will not allow.

Very briefly the Jamaica Institute of Technology was set up to be a kind of post-secondary technical and commercial training institution. And many people want it to remain there.

Weary on my feet from being organiser and floor manager for Research Technology and Innovation, I sat in the cool, quiet lecture theatre to watch a video loop of the historical evolution of the institution. A copy should be sent to Dr Clarke.

It would be easy to cry when Dr Alfred Sangster, deep in old age and glasses askew, narrated the struggle for CAST to get permission to offer degrees.

It is a story I knew as a columnist in conversations with Dr Sangster long before going to UTech. And a story that continues to today.

UTech should not have expanded programmes, although the politicians want more young Jamaicans in tertiary education, and the Government has set up training schools like Nursing and Public Health to become units of the university. UTech should not have built out graduate education programmes requiring more staff not on the 1990s ‘establishment’.

And perhaps UTech should not undertake research, despite the research mandate of its powerful act, when even community colleges favoured with higher per capita funding are staging research days.

I have long advocated that the unfavourable ‘historical precedents’ and the present condition of the fiscally starved institution should be boldly placed in the public domain, a domain that the politicians who form the Government keenly understand and dare not ignore.

Thursday last showed UTech, Jamaica, in the exhibits and Speakers’ Forum presentations, tackling practical problems for research solutions. Some of them quite simple; all of them useful to policy and action. A lot more can be done with fair treatment. There is a multitude of data gaps in our low-research national and Caribbean environment. “We want to get to a place where policy is driven by research into our own unique situations.” Yes, Minister.