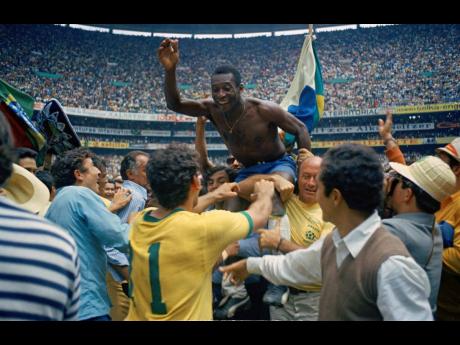 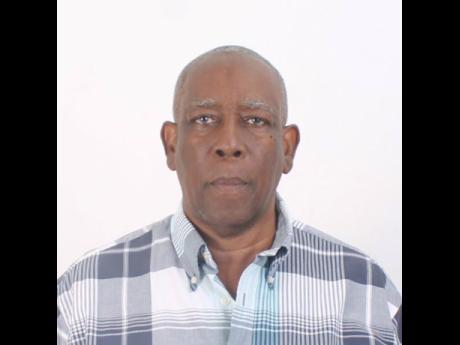 Last Friday, I received an invitation to a press conference. It seemed this had to do with the matter of athletes reportedly attacking a teacher at one of our prominent high schools.

The first three items listed were:

1. Protesting The Subservience of High School Rules, Values, Morals, Academic Principles & Standards to the ‘god’ of Athletic/Sporting Victories and Glory in Jamaica (1976-2019).

2. Protesting the Academic vs Athletic Culture in Jamaican Sports Today.

3. Protesting the ‘Win at All Cost’ Culture in Jamaican Sports Today.

At this point, something was awoken in my mind. A few years ago, Dr Lascelve ‘Muggy’ Graham, chemist and former captain of Jamaica’s football team, invited me to breakfast. He seemed to be deeply concerned. In unloading this burden, the exact concerns, virtually word for word as those mentioned earlier, came out of his mouth.

Muggy felt that we faced a dark future if there was not a sudden and dramatic shift in how we are dealing with this problem. We parted without a solution.

Last year, we met again and I realised that Muggy was, if anything, more passionate about this matter. I could not help.

For some reason – which ­worried me – a solution escaped me.

In this recent case, the teacher states that he planned a physics camp to help prepare students for upcoming exams. He borrowed come cots belonging to the sports department. The coach reportedly objected and wanted them back. He reports that he was subsequently abused and attacked by some prominent athletes, one of whom destroyed his phone. The teacher said he was wounded in the attack.

If all this is true, I immediately see malicious destruction of property, assault and wounding as at least three criminal charges. Why is no one in, or on their way to prison?

According to allegations, one of the athletes, in abusing the teacher, declared “Is track man run this school”.

If he did, in fact, make this statement, I am inclined to agree with him. Because the 2019 rankings of Jamaican high schools, based on academic performance, shows that that school does not appear in the top five. Or the top 10. Or the top 20. I gave up at number 45 when I did not see that name.

I don’t know about schools in the rural areas, but star athletes in Corporate Area schools seem to live a charmed life. Some can be seen driving ‘cris’, flashy cars and flashing credit cards in fancy places. Where is this money coming from? Are they required to attend classes?

In my younger years, I spent a week in the company of three professional basketball players in Florida. They were university graduates with degrees. On the second day, I discovered, to my amazement, that they were barely literate.

Avoiding my eyes, my late cousin, a journalist with a master’s degree who was ‘going out’ with one of them, explained that, at university, they got academic credits for representing the institution in sporting competitions.

If anyone understands this, please call me and explain.

This problem highlights the awesome responsibility of not just parents, but other adults into whose care we entrust children. Do they understand their roles?

It would be good if Muggy Graham were invited on one of our sports programmes to share his views on this issue.

In the meantime, let me share some thoughts. Whenever a child becomes the primary breadwinner, parenting stops and problems start.

Has anyone associated with these youngsters shown them the myriad examples of extraordinary talent gone bad because of poor parenting and mentoring?

Maradona and Pele were both excellent players of comparable skills. Pele was a player of good character, while Maradona was always in trouble. This is reflected in their sports records as well as life in retirement.

Their styles were markedly different, but Muhammad Ali and Mike Tyson were both great boxers. Both were from humble beginnings, but Ali grew up with his family, Tyson’s father abandoned his family. Tyson’s mother was an addict. He grew up in the streets, notching up 13 convictions by his 13th birthday. Tyson got money before he got morals. But money cannot buy morals. With no one to guide him, he made and lost about US$700,000,000. Sadly, the youngest heavyweight ever went through addiction, prison, divorces, fighting, biting to bankruptcy.

So now that the screaming has stopped at Champs, let us reflect on where the participants in this incident are headed. Will the school be too busy celebrating to remember a humble, dedicated physics teacher? Will some parents be blinkered towards the potential earnings? Will the coaches be eyeing the relationship between results, reputation and rewards? Does the school need the results to compensate for other shortcomings? What of the sponsors? Is this just all about business?

The way I see it, we are all using each other.

Now that the public response seems to be in favour of the teacher, we are getting some mature, carefully worded responses from the school authorities. I am tempted to ignore them. The ­lateness makes them suspect.

I predict that these students – in their final year – will be ­suspended for the entire summer holidays, during which time they will not be allowed to attend classes or be seen anywhere on the school compound.

Over to you, Muggy.