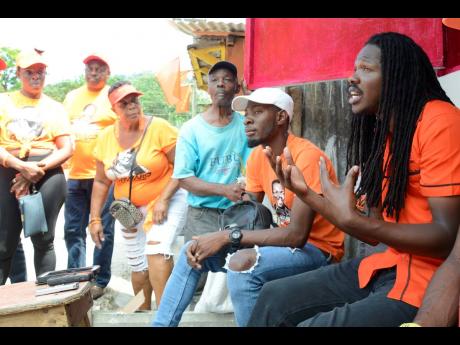 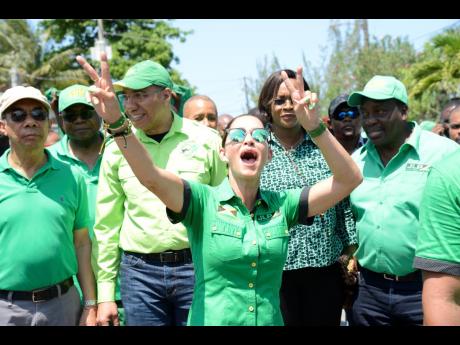 Voters in East Portland go the polls on Thursday, dragging the entire country along with them. They will, by and large, vote like how people vote in general elections across Jamaica.

Portland Eastern is one of those 32 original constituencies of 1944 which has survived up to today. It has consistently voted for the People’s National Party (PNP) since 1989. But it wasn’t always a PNP stronghold.

In that first election under Universal Adult Suffrage in 1944, one of two independent candidates, Harold Allan, won the seat. He was one of five independents who won seats. Neither the JLP nor the PNP fielded a candidate.

Interestingly, Alexander Bustamante, whose Jamaica Labour Party (JLP) won the 1944 election, made the independent Harold Allan his finance minister. Allan won the seat again in 1949, still running as an independent and served as finance minister until his death in 1953.

For the next five elections, the Kens alternated in the seat. Ken Jones for the JLP (1955 and 1962), and Ken Wright for the PNP (1959, 1967 and 1972). Landmarks are named for them in the constituency: Ken Jones Highway, which the JLP candidate is promising to ‘cyaapit’, and Ken Jones Airport. And the Ken Wright Cruise Ship Pier in Port Antonio. Ken Jones died young, mysteriously, as the minister of communications and works in Bustamante’s Cabinet in 1964 in a falling accident from the balcony of a hotel in Montego Bay where the Cabinet was on retreat.

Keith Rhodd continued the PNP’s winning ways in the constituency in 1976. But Tony Abrahams took the seat in 1980, beating Rhodd by 2,369 votes and kept it in the elections of 1983, which the PNP refused to contest over issues with the voters’ list.

What drives voter behaviour? And how will these factors affect the results for the April 4 by-election in Eastern Portland?

Those driven by the high ideals of democracy would like to see voters carefully weighing the issues, examining track records, pouring over manifestos, demanding position statements from candidates and voting for the candidate that they assess can best advance the development and the broader interests of the constituency.

But is not so it go.

Elections in Jamaica are won and lost on entirely different considerations.

Very soon, after the two-party system settled in (independents have not won a single seat since the 1949 elections), voters in the majority started voting by party loyalty, which then got passed down from one generation to the next.

Jamaican voters very strongly vote for narrow and immediate self-interest. Broad-based, long-term development plans are really neither here nor there. Apart from the party loyalists, large blocks of voters, the blocks which determine outcomes on election day, deliver ‘belly votes’, calculating the prospects of a likkle eat a food work, back-to-school assistance, water in the pipe, getting a stretch of community bad road repaired, or securing a personal handout.

The JLP promise for the 2016 general election of the upping of the income tax threshold to $1.5 million, putting cash back into the pocket of working poor people, was a master political stroke playing on this key element of voter behaviour.

Many people seriously expected their $18,000 rebate as an immediate cash refund. The finer points of potential impact on Budget and development objectives and on alternative taxation for recovery were purely academic.

The third key factor driving election outcomes is disenchantment with Government. And this is not just a Jamaican thing. It is global. It is a growing feature of competitive democratic politics. Political parties and candidates overpromise on the campaign trail and underdeliver in Government. Just listen to the noise in the East Portland campaign turned national. And check back a couple of years later.

If Lynvale Bloomfield, one of the best loved members of Parliament, and his predecessors could have delivered on previous promises, present extravagant promises would largely be unnecessary. Economic growth would have broken out a long time ago, and the ‘cyaapit’ would have been laid from one end of the constituency to the other.

But what we are seeing in East Portland is reverse development. The banana industry has died without replacement. Tourism is sick. And even the Ken Jones ‘Highway’ is riddled with potholes and the Ken Wright Cruise Ship Pier is poorly used.

What we are seeing in democracies as well is an escalation of citizens’ expectations. Expectations unmet generate disillusionment. And one manifestation of this disillusionment with Government is voting them out. Here in Jamaica, elections are more lost by the governing party than won by the opposition party advancing better plans and policies and programmes.

Until a certain P.J. Patterson arrived on the scene as the leader of the PNP, Jamaican voters had been keeping the political parties on a strict two-term leash. It didn’t matter what governments did or didn’t do, they were turned out to pasture after two parliamentary cycles.

Patterson was a master of mobilising the PNP vote and drumming up the belly vote. His Finance Minister Dr Omar Davies infamously relaxed fiscal discipline to provide ‘run wid it’ benefits for winning a general election.

But ultimately, the disenchantment vote caught up with the PNP.

Andrew Holness, although more tightly constrained by fiscal discipline, is rapidly honing the craft of getting out the Labourites and drumming up the support of the belly voters. But, post-Patterson, Jamaican voters have been doling out one-term support for a party in government, and this with slim margins.

WILL HAVE NO EFFECT

The parties have been advertising heavily – and expensively – in national media and running massive mass meetings across the constituency. The advertisements are good for media revenue and entertainment, but little else. The street parties may be good for business in an economically somnolent constituency. But adverts and mass meetings will not affect the April 4 results in any significant way. They don’t in other elections either.

On the factors which matter most, the PNP in Portland East has a clear advantage in traditional voter loyalty with the sympathy factor over the Bloomfield murder as a valuable rider.

Ann-Marie Vaz is backed by the power of state resources to woo voters with immediate belly benefits and promises of more.

Repurposing state resources to aid electoral victory for a governing party may be distasteful to purists but is universally practised in democracies with competitive elections and is hardly unlawful, unless, of course, it breaks the law.

On the disenchantment factor, the polls are not looking good for the PNP. Three years into this parliamentary cycle, the numbers are showing the opposition party and its leader lagging far behind the JLP and its leader in performance ratings, which is unusual.

Voters, having given the JLP and Andrew Holness a marginal victory in the 2016 general election, have not since then withdrawn their support. If anything, support has inched up. And the very experienced PNP need not bank on scandals. Scandals don’t hurt in any serious way the fortunes of the ‘six a one, half dozen a di oder’ political parties in our version of electoral politics.

When voter behaviour is taken into consideration and compensated for, the East Portland by-election will be a national snapshot of the standing of the parties.