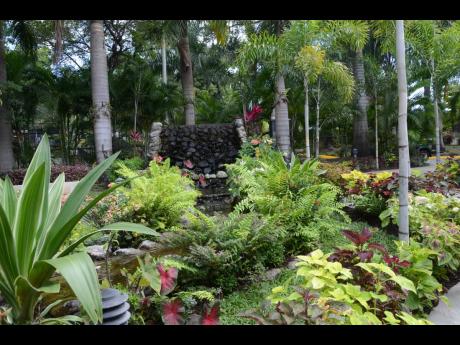 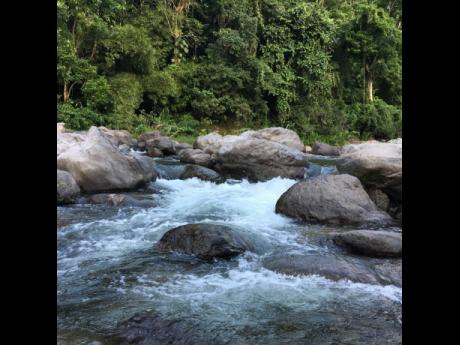 The newly arrived governor of Jamaica, Sir Basil Keith, in 1754, persuaded the Jamaican Assembly to purchase, for seven hundred pounds, the Enfield property adjacent to Hinton East’s private botanic garden in Gordon Town outside of Kingston. It was declared the first official botanic garden in the island.

Another three hundred pounds was appropriated to hire a botanist, Dr Thomas Clarke. Unfortunately, to save money, he was also made resident physician of Bath spa, twenty-five miles away. Despite his best efforts, Dr Clarke found Enfield too steep to carry out his botanical mandate. By 1779, the Government had purchased land in Bath and Enfield, which, at the time, was the second oldest West Indian botanic garden after St Vincent was abandoned.

The choice of Bath as a replacement for Enfield also offered its own challenges. While the tropical climate was ideal, the soil wasn’t particularly rich and was subject to frequent floodwaters. In addition, it was a considerable distance from the capital Kingston.

Dr Clarke’s interest was focused on pharmaceutical and medicinal herbs. These included camphor, lychee, clove, and peas. A subsequent superintendent put emphasis on growing plants for practical uses such as for making dyes, resins, varnishes, and cabinet woods.

It was during this period that the legendary Captain Bligh received fifteen hundred pounds to bring a wide variety of plants and trees to Jamaica. His first voyage from the South seas ended in a famous mutiny.

In 1793 Bligh, in HMS Providence, arrived in the West Indies with several hundred plants, including the otaheite apple as well as the breadfruit, which, in time, became a staple in Jamaica.

As mentioned in a previous column, the island was to become the beneficiary of a valuable cargo of plants with the capture of a French vessel bound from Mauritius to Haiti. This windfall included mango, cinnamon, jack-fruit, pandanus (palm), moringa, and oriental ebony.

Bath was to have a series of botanists-physicians. Dr Thomas Dancer, in 1782, who resigned in 1799, continued his study of medicinal plants, publishing his findings three years later. Bath botanic garden went into a period of decline, as did Jamaica in the early 19th century. A Dr Jas McFadyen held the post of botanist from 1825 and remained only three years in that time, publishing his ‘Flora of Jamaica’.

His successor, Thomas Higson, also just remained three years but presented to the garden his collection of plants from South America, including the jacaranda and croton.

Geographer Alan Eyre claims that Nathaniel Wilson, appointed in 1846, was the greatest of Bath’s curators. He had worked in Britain’s well-known Kew Gardens and acquired a variety of plants from that source. He is credited with bringing to the island the bougainvillea, the Cavendish banana, and the Amherstia, or Pride of Burma. He was recognised as an outstanding horticulturalist and had one of the world’s best collections of fibre plants growing in Bath.

Despite its acreage having been increased in size from just under two acres to five acres, Bath was bedevilled by a fifth disastrous flooding of the Sulphur River. Wilson argued that it was necessary to “place the establishment on a site of permanent efficiency… in a more central locality…” Although Bath, abandoned in 1866, is the smallest of Jamaica’s botanic gardens and the least visited, many of its plants are today common throughout Jamaica.

It was in the second half of the 19th century that enthusiasm for Jamaican botanic gardens accelerated. In the 1860s, the Government appropriated funds to start a garden at Castleton as a substitute for Bath. It too was believed to be too far from Kingston to attract many visitors. Four hundred species were sent from Kew, including 32 types of palms and from India the ubiquitous grafted Bombay mango arrived. Four types of oranges were introduced, and soon, their seedlings despatched all over the island.

Cinchona in the Blue Mountains was next identified as a prospect for botanic experimentation. Six hundred acres of virgin forest were assigned for the growing of eucalyptus, tea, pine, and cinchona. By 1869, forty thousand cinchona plants were being offered for sale from five to seven pounds per 1,000.

It was during this period that 20,000 coconut palms were planted on the Palisadoes and the seven-acre Parade, subsequently renamed St. William Grant Park, was established as a public garden. About this time also, the shortcomings of Castleton were also surfacing: the humidity was detrimental to the growth of some fruits as well as new species of cane that the Government was experimenting with.

In 1840, the Kingston and Liguanea Waterworks Company leased 634 acres of the land originally granted to Richard Hope, an officer in General Venables army in 1655, and ten years later, purchased it. The company had been formed to supply the city of Kingston and Lower St Andrew with a reliable supply of water.

By 1874, two hundred of those acres were destined for the government’s department of botanical gardens and plantations. The intention was to conduct agricultural research as well as to develop varieties of economically valuable plants for island-wide distribution.

By 1885, a “pleasure garden” of ornamental plants and flowering shrubs was inaugurated, which was to become the Hope Gardens as we know it today. Later features were added, including avenues of palms, pergolas, a water garden, a bandstand and a poet’s corner.

A thorough and highly readable account of the evolution of Hope can be found in Veront Satchell’s book Hope Transferred.