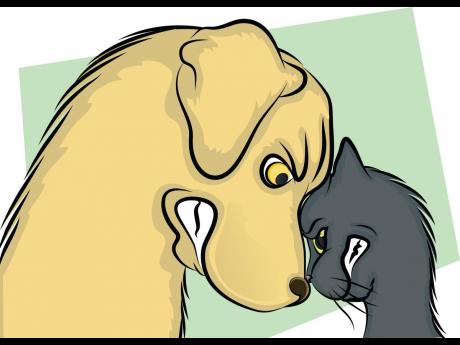 I watched as the car drove unto the ramp with disbelief. I had been to that car wash several times before, but this was the first time I would have a problem with their service.

I asked the supervisor why it was that I had before that car and personally gave her my keys, yet the vehicle was put ahead of me. The feeble excuse about the car being registered before me did not sit well, and I left with my dirty car.

With both cars being of a similar class, I could not help but think that the reason why I was slighted was the difference in the drivers.

I don’t consider myself to have a chip on my shoulder, but the topic of class and colour was still fresh in my mind following the recently concluded by-elections in Portland. As a nationalist, I don’t generally see colour, I see Jamaican. But within the type of society in which we live, it is hard to ignore it.

Damion Crawford tapped into a sentiment that nobody likes to talk about. Every now and again, colour and class divisions rear their ugly heads.

Usain Bolt famously described his experiences living in an upscale community, and the clumsy attempt by a teacher at the “uptown” Hillel Academy to foster expansive thinking, created a social media firestorm.

Yes, there are certain echelons of society that are filled with persons far removed from Mitochondrial Eve, but if we dispassionately examine our society, they are not the ones suppressing the darker-hued Jamaican.

And if the rumours are true, Crawford would have now realised that in spite of his rants against colourism, the Judas in his camp was black like him.

RESISTANCE FROM OTHER BLACKS

I recently spoke with a very successful black entrepreneur, and he stated that the most resistance he encountered in his rise was from other black Jamaicans. The more success, the greater the resistance. He received the most recommendations and assistance from lighter-hued businessmen.

This sentiment has been echoed by other successful black entrepreneurs.

The businesswoman who lost customers the day she bought a high-end vehicle. The businessman who lost friends and relatives as the size of his contracts grew. The black business owner who preferred to employ a brown man as his front man because it was better for business.

Add to this my experience in growing the field of bariatric surgery in Jamaica. As the number of patients began to increase, so did the negative comments from some of the very people with whom I worked. Not saying that weight-loss surgery was dangerous or unreliable – that would be too blatant a lie – but active solicitation of patients to try their own less successful weight-loss methods and openly discouraging patients from doing surgery altogether without any alternative. I had to resort to redirecting them from what one patient described as the “badmind haters”.

Older colleagues have given advice from their own negative experiences that you don’t buy a more expensive car than the persons referring to you. Outside of medicine, other young professionals and entrepreneurs identify with the exact issues.

There is a deadly virus in Jamaica called badmind, and it feeds off the success of others. People would rather admit to being a liar and a thief than being badmind because in doing so, they are admitting that they are a lesser person than the badmindee.

Badmind does not see class or colour. You only have to originate from similar social and financial backgrounds to be a victim. You must not rise beyond a certain level. Those who are blessed to be born to a particular colour-class can stay there, but the man who looks like you but dares to aspire towards that class must be pulled down.

The prejudice commonly meted out against blacks in Jamaica is less by brown or white Jamaicans than other blacks. Otherwise it would be too outrageous. But we allow the very people who look like us to maintain with impunity the very class system about which we whisper.

In the end, it may have been the badmind against the meteoric rise of Crawford that became his undoing. A painful lesson that whereas there may be class and colour divisions in Jamaica, it is the black Jamaicans who perpetuate that system.

Are we still brainwashed after so many years post-emancipation? The speeches of Marcus Garvey one hundred years ago are still as relevant as if they were written last week.

We have people who bleach their skin to look browner. Our women sew in Caucasian hair over their African roots to appear beautiful. Blacks still discriminate against blacks in favour of other races, whether it’s for a job or, maybe, just maybe, the order in which your car is washed.

I don’t subscribe to colour class warfare. I don’t believe we should view lighter-skinned Jamaicans as the oppressors. Because I have seen my enemy and the enemy looks like me.

Reigniting class divisions based on colour allows the class of people who are retarding our growth by promoting corruption and criminality to continue to fly under the radar. They are the thieving black, brown, and white criminals in and around public office who use taxpayers’ dollars as their personal piggy bank. That is the class warfare I want to stoke. We, the honest white, brown, and black Jamaicans against the criminal white, brown, and black pseudo-Jamaicans.