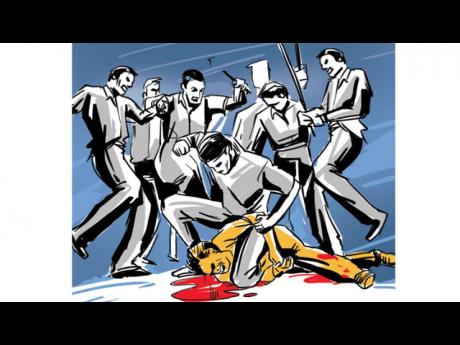 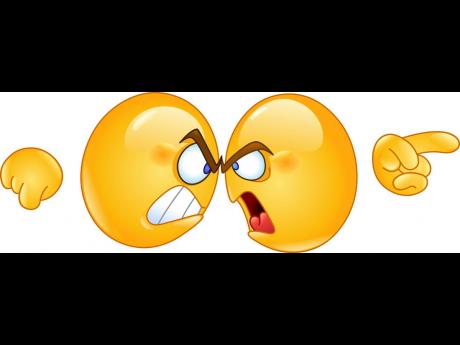 Vigilante mob violence occurs when citizens, acting in concert, dispense jungle justice to alleged perpetrator(s) of a crime, those who publicly engage in taboo behaviours or those suspected to be part of a hated minority group causing injury, death and/or the destruction of their property.

One popular explanation for mob violence is that citizens do not have faith in the criminal justice system so they kill the alleged perpetrator(s) on the spot. There is no evidence for this assertion, except that ‘political commentators’ proffer it as an explanation for mob violence. Such mobs are driven by rage, not against the perceived inefficiencies of the criminal justice system, but by the rage against the alleged perpetrator(s) of certain crimes, rather than all categories of crime.

There is the human instinct to protect the elderly, women and children, so there is intense public anger when they are harmed or killed, buttressed by hegemonic masculinity, because these vengeance mobs usually comprise men.

It is instructive to note that in Jamaica, 14 men are murdered to every one woman murdered, and significantly, more boys than girls are murdered. The astronomically higher number of male homicides does not enrage even adult males, unless the victim is a small boy.

Unpacking the psychology of the mob (the influence of situations and groups and the diffusion of responsibility) is useful for understanding vigilante mob violence.

Social psychology experiments have long shown that social situations have powerful influence over people’s behaviour and oftentimes trump the influence of their personality. This coercive influence of the situation is why some participants in vigilante mob violence will tell you that, “they just got caught up in the situation” and “they don’t know what came over them”.

Groups exert a lot of social influence. The loss of self occurs because everyone is connected by rage in the service of vengeance. So people in a group are likely to significantly deviate from how they behave when they are alone because they behave less conservatively in a group.

The responsibility for the horrific act committed by the mob is also diffused because members of the mob feel less responsible or no responsibility at all for the murderous or injurious act, since others were present. It is very easy for people to feel like they did not do anything wrong when a lot of people participated in the act.

Jamaica has a very high rate of homicides and has been one of the top 10 most murderous countries in the world for a very long time.

Homicides, including vigilante killings, have to be understood within their intricate context. These killings are largely fuelled by personality disorders, arising from genetic inheritance and psychosocial stressors. These stressors are poor attachment with caregivers during childhood, and adverse childhood experiences or complex traumas that are longstanding compounded traumas.

Emeritus Professor of Psychiatry Frederick Hickling found in a national survey that 41 per cent of Jamaicans have a personality disorder, a maladaptive way of thinking, behaving and functioning. Hickling also studied a group of convicted murderers and found that they suffered from antisocial personality disorders.

The first author (Christopher) also studied shooters in two garrison communities and found that they had significantly higher psychopathy scores than non-shooters in these communities. Also, approximately 63 per cent of the killers interviewed in a study reported that they experienced brutal physical abuse as children.

People who participate in vigilante mob violence, a chronic domestic abuser who kills a partner, a person who rapes and kills a child, and a gang member who kills other gang members in order to take over the gang are not different in a psychodynamic sense.

We offer a few suggestions to curb vigilante mob violence.

1. The ministries of national security, and justice should conduct a public-education campaign against mob violence, using social and traditional media to educate the public that mob violence undermines the rule of law and social order.

2. This campaign should be a constitutional psycho-education to sensitise the public that all citizens have the right to life and other rights, including the presumption of innocence until they are proven guilty in a court of law.

3. Citizens should be encouraged to work in partnership with the police to safely detain alleged perpetrator(s) that are caught and hand them over to the police.

4. Moreover, Jamaicans should be reminded that any citizen could be a victim of vigilante mob violence when it occurs.

5. The police should constantly make it known publicly that they are very serious about vigorously investigating instances of vigilante mob killings, with a view to bringing the perpetrators to justice and do such.

6. Bystanders in urban areas should be sensitised and encouraged to act in concert, to peacefully defuse volatile situations when they see that vigilante mob violence is likely to occur and call the police.

7. Citizens on the streets in urban areas who are at risk of experiencing vigilante mob violence should be encouraged to quickly make their way to the nearest business place for their safety and call the police.

8. The police should patrol or remain in communities where the residents are incensed about the crime that was committed to prevent the lynching of alleged perpetrators, their relatives or the destruction of their property.

9. The Dispute Resolution Foundation (DRF) should intervene in these communities with:

(b) the family of the alleged perpetrator(s); and

(c) the community residents to reduce the likelihood of retaliatory violence against the alleged perpetrator(s), their relatives or property.

10. The DRF should also co-opt law-abiding community influencers and train them. These are well-respected residents with large amounts of social capital, who hold sway over other residents, to safely intervene and prevent lynching of the alleged perpetrators(s) and their relatives or the destruction of their property.

- Christopher A.D. Charles is a psychologist and Geoffrey Walcott is a psychiatrist. They work at Psychotherapy Associates and the Caribbean Institute of Mental Health and Substance Abuse, University of the West Indies, Mona. Email feedback to columns@gleanerjm.com