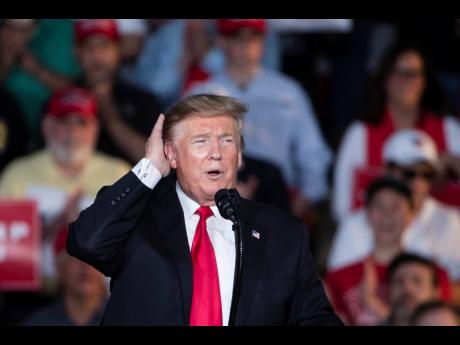 In his book Guns, Germs and Steel , author Jared Diamond destroys the concept of racial superiority by outlining how Europeans came to dominate the world because of trade routes, immunity to germs, and the luck of geography. Tribes cut off from the East to West trade routes missed out on the technological gains brought about by large populations sustained by the domestication of local crops and animals. Across the seas and in the jungles, tribes would be excluded from the evolving technologies that culminated in world dominance of one race.

I told this story to a friend, but he was unconvinced. Why is it then that within one geographical region, one tribe rose to dominate other tribes? Why is it that we hear about Mayans living in cities but not the tribes they used as human sacrifices, for example?

The answer: the culture of a people determines its success in the world. Some societies embraced certain values that result in them being dominant, whereas others celebrated the hunters over the boring farmers, who would eventually shape the future. It is the culture that dictates which tribes with similar geographies and resources ascend to dominate other tribes.

It irritates me when people say Singapore was worse off than Jamaica when they came here in the ’60s to learn from us, and look where they are today. As if Jamaica could have been where Singapore currently resides as one of the wealthiest, most peaceful and innovative countries. We cannot. Because our culture is inferior to that of Singapore and many of the countries we hope to leapfrog in our farcical Vision 2030.

We value immediate gratification and corruption. We cannot progress with that mentality. If we really want to compare Singapore and Jamaica, one stark difference that explains the disparity in development is the fact that Singapore ranks as the third least corrupt country, while Jamaica sits at seventieth position.

We hear it every day. Someone has a link at some government agency that can sort things out for them. Whether it is shortcutting the established process or saving them on monies meant for government coffers. A link can get you a government contract or assets at a favourable price.

Pre-IMF conditionalities, links could get you waivers worth millions for a small kickback. Many a clunker on the road were passed as fit, and illiterate drivers are in possession of licences because of links at the depot. Links can get your child promoted in school, make a traffic ticket or serious charges disappear, to cutting a line.

It is not corruption, it’s links. And it is our accepted culture. Only when the corruption is too blatant do we speak out. Those in public office who have mastered the subtleties of graft can fly under the radar with minimal flak, save rumours. Only if we were to independently investigate their assets and match them with sources of declared income would we be able to corner them.

Democrats cannot comprehend how it is with all the career-killing revelations they made about Donald Trump, he still had a legion of loyal supporters who propelled him into the Oval Office.

Any other candidate with any one of

a) failure to release tax returns

b) allegations of infidelity

c) grabbing women by the …,

...would have crashed and burned in spectacular fashion. But no matter how the flaws were emphasised in the media, on talk shows, on the campaign trail, they did not affect their loyalty to Trump.

My theory was that it was all priced in already and Trump supporters almost expected to hear awful news about their man. And as long as he did not deviate from the conservative, America First agenda, they were prepared to ignore the flaws. It did not matter how fast and furious the faux pas and leaks came, they did not affect his attractiveness to those who supported his agenda.

Anyone who has played the stock market knows this phenomenon. A stock can go up even in the face of disappointing earnings because that was expected and already priced in, but investors had faith in the fundamentals of the company that would result in long-term stock price appreciation. Amazon, for example, listed in 1997 but never made a profit until 2001. During that time, the stock price rose consistently and even split three times. The quarterly losses were priced in, and investors were looking at other variables on which to base their optimism.

This is the problem that the PNP currently faces even as the JLP Government scandals continue to gush forth. Jamaicans are so used to corrupt politicians and their cronies that they have already priced that in and are looking for other performance indicators on which to base their approval ratings.

No matter how bad the stench at the ministries of mining and energy, education, or even the issues with the Integrity Commission, the prime minister and his party remain popular with voters.

“PNP do it too” is a common response by those parrying the furor over the scandals. Jamaicans have accepted their culture of corruption and are looking for what a government can do for them in the same way you cannot turn a Trump supporter by pointing out his flaws.

No commission, civil society group, public institution, or act of Parliament will stomp out the corruption monster. We are the monster. It is our culture – an inferior culture, built on links and a love for the moment that accepts the inevitability of graft and nepotism; whose people placate their conscience with nine days of fury.