Martin Henry | Brexit: the UK will be ok, worry about the EU 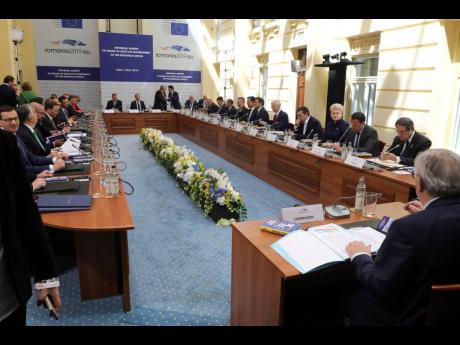 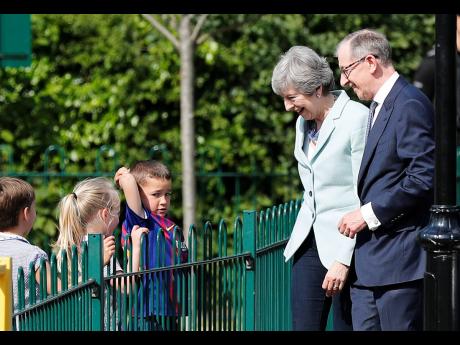 Today, the remaining citizens of the European Union cast their ballots at the end of a four-day marathon elections for members of the European Parliament. The parliamentary elections began last Thursday, May 23, ironically, with Brexit Britain leading the way.

The exit of Britain from the EU, which was decided by referendum in June 2016, has been postponed from its original date of March 29 for a second time to October 31. So the country remains very much in the union and has to vote for its share of MEPs, 73 of 751.

Even more ironically, the polls show the brand-new Brexit Party, which was founded only in April and headed by Nigel Farage who had quit as leader of the UK Independence Party (UKIP), “miles ahead of all its challengers”. This means that under the proportional representation rules of EU parliamentary elections, the party dedicated to the exit of the UK from the EU will end up holding the largest block of the 73 UK seats!

Extricating from the European Union has proven to be a complex and messy undertaking. Prime Minister Theresa May has not been able to get any of her several withdrawal plans voted by the Parliament and rejections have come from members of her own Conservative Party and from within the Cabinet itself. There has been a series of resignations from the Cabinet. A major line of difficulty is managing trade across the border between Northern Ireland, a part of the United Kingdom, and the Republic of Ireland, a separate country, which will be the only land border between the EU and an exited UK.

Running against history (and prophecy) and the potent power of commerce, one of the greatest forces in the whole world, world media has been feeding us a steady diet of gloom and doom for Britain outside the European Union while talking up the merits of membership. But once the hiccups of the actual exit are behind, and these will be short-lived, the UK will be OK. It’s the EU we should worry about.

Here’s a typical story from the Associated Press, which the Financial Gleaner ran on April 5: ‘UK services sector shrinks as Brexit uncertainty hits orders’. A 4.6 per cent dip at an understandable point in time has become a shrinking and a contraction of the sector caused by Brexit uncertainty.

“Britain’s huge services sector [which makes up four-fifths of the British economy] contracted in March for the first time since the immediate aftermath of the vote in June 2016 to leave the European Union, EU, as firms put off new investments until the fog of Brexit has been lifted, a survey found”, the story reported in panic. But the real story is that the sector has been humming along and continuing to do well since the Brexit Referendum in 2016 up to March this year when it experienced a small dip of 4.6 per cent.

“Financial information company IHS Markit said the downturn in the sector reflected a lack of new work to replace completed projects. The firm’s main services sector purchasing managers index – a gauge of economic activity – fell to 48.9 points in March from 51.3 the previous month [a dip of 4.6 per cent]. Readings below 50 indicate a contraction in activity, and it’s the first time the index has fallen below that level since July 2016, when firms were dealing with the shock of the referendum result.

“According to the firm, the services sector joins construction in being in decline, with the wider economy held up only by the fact that manufacturing is booming because many firms have started stockpiling materials and other goods due to Brexit uncertainty. Overall … the British economy flatlined in the first quarter of the year and the protracted Brexit uncertainty risks weakening it further.

“A stalling of the economy in the first quarter will therefore likely turn into a downturn in the second quarter unless demand revives suddenly which, given the recent escalation of Brexit uncertainty, seems highly improbable,’ this businessman blustered.”

‘WE ARE GOOD FIGHTERS’

And so the stories go on and on. But perhaps we should listen more to Hilary Foster, an 84-year-old retired bookkeeper in the geographic middle of England, who spoke with the BBC about her support for Brexit days before the May 23 vote for MEPs. “We are good fighters,” she assessed the English, “and will get through anything. I feel, in particular, we can be big on our own.”

The world may be forgetting that it was the British people who more than anybody else invented capitalism, who initiated the Industrial Revolution, who were world leaders in mercantile trade, who drove the emergence of both modern science and parliamentary democracy, and who, from a relatively small island base, built the largest empire the world has yet seen, spanning at its height a quarter of the globe, and which remains an important player in the largest grouping of nations sharing common historical ties, the Commonwealth of 54 states.

A famous son of theirs on the Scottish side, Adam Smith, clearly set out in his monumental treatise, ‘An Inquiry into the Nature and Causes of the Wealth of Nations’, how the irresistible human economic impulses for self-improvement and profit drives markets in the production, distribution, and sale of goods and services. One of Smith’s most famous quotes says, “It is not from the benevolence of the butcher, the brewer, or the baker that we expect our dinner, but from their regard to their own interest.”

No one understands this better than the British. Even the Chinese, with their political commitment to the suppression of this impulse by communism, have built a global economic powerhouse on this Smithian principle.

FIFTH LARGEST ECONOMY IN THE WORLD

Britain, on its own outside of the EU, with a population of a mere 66 million, is the fifth largest economy in the world, offering services and goods and with significant potential for more that will have the world beating a path to its door, post-Brexit, not out of benevolence, but out of economic calculation.

Right after the short-term tremors of Brexit, buzzing trade relationships will be forged or strengthened between Britain and the rest of the world, including the EU. You just have to look at how foes in war, driven by the irresistible economic impulse, become fast friends in trade as soon as they put down their guns.

The revised Brexit date is now (providentially?) October 31, Reformation Day marking that symbolically significant historic day in 1517 when the monk and scholar, Martin Luther, in Wittenberg, Germany, challenged the dogma and authority of the monolithic Church, setting off a revolution not just in religion, but with broad and deep ramifications for human freedom and progress.

While the world worries about Britain post-Brexit, the European Union faces an existential crisis. Its predecessor established in the ashes of the most devastating conflict in human history, World War II, was designed to forestall war by economic cooperation. Britain was actively excluded largely at the instigation of the de Gaulle regime in France, and, in any case has always BEEN suspicious of membership. It did not join until 1973. Last Great Power in, first country out.

Exit movements are gaining strength in every country, including in the six founding members. So the British Telegraph newspaper can run a story on the day the EU parliamentary elections began, May 23, ‘How populist parties are plotting the slow death of the EU dream’. The only incorrect word in the headline is “slow”.

European cooperation might have succeeded better and lasted longer had its architects stuck to the more modest goal of a common market. The grand dream of lasting political union, which has lingered and periodically sprung to life since the fall of the Roman Empire, is doomed to die again as nationalism and diversity reassert themselves in the stifling One Europe house. Brexit opens the door.

“And just as you saw the iron mixed with … clay, so the people will be a mixture and will not remain united, any more than iron mixes with clay” (Daniel 2:43, NIV).