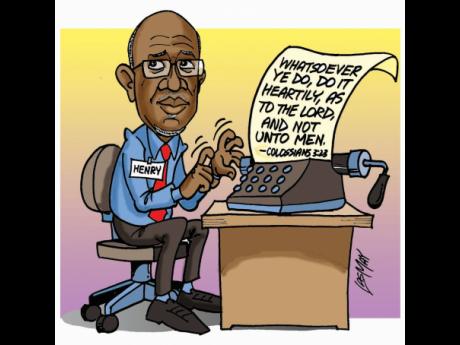 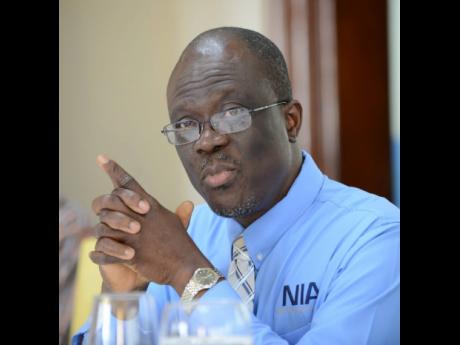 Like most of us, I only knew the man I called Martinet Henry (you know me, all people in public or private life worthy of comment were nicknamed) through his public writings and utterances, but it was clear to me, even from such a limited factual base, that he was a man of superb intellect, deep commitment to his country, and unimpeachable integrity. Or to put it in a way that should appease The Gleaner’s word-count police, he was a real man.

Unlike some masqueraders, he was fearless and fair in his public analyses. I can’t ever imagine Martin Henry writing a column or article beneficial (whether wittingly or unwittingly) to one political tribe then calling the leader of that tribe to inform in advance and ask, in exchange for publication, for a “guarantee” of “safety” or anything else. That was not Martin Henry. Martin Henry seemed to me to have no such fears or needs. He wrote (and said) what he was internally inspired to write or say, always after careful research that was evident in his final analysis, and thereafter published his thoughts regardless of where the chips fell.

In THAT regard, he was very special. In my initial reaction to his passing, I said “Martin Henry was a voice of reason in a sea of media bias and partisanship.” On reflection, I think I summed him up in one sentence. Like it or not, media workers of today (formerly “journalists”) are, by and large (no broad-brush intended), overwhelmed by poor wages and working conditions, and many fall prey to inducements to take a circuitous path to job satisfaction. These inducements don’t always amount to traditional payola but payola in varied forms which include failure to set aside tribal tendencies in preference to professionalism when reporting or analysing; ego-driven needs for fame (these days, spelt “L-I-K-E-S”); or plain old-fashioned laziness.

Martin Henry expertly, efficiently, and easily avoided all these traps. Former Gleaner Managing Editor and former Press Association President Jenni Campbell, in my opinion, the best manager and nurturer of reporters and columnists alike ever to occupy a management position at the Old Lady of North Street, said this to me about Martin Henry:

“Martin was a respector of time. He was rarely ever late for an assignment or missing a deadline. And he always struck me to be a quiet man who had strong opinions he wanted to share but was always waiting his turn. This trait made him far less controversial than he could be. Even in disagreement, he was never confrontational or disagreeable.

“I found that he always strove to maintain a balance in his views even when it was obvious that he needed to or wanted to take a side.

“Martin was not a man who showed great passion, but from his work as a columnist/commentator, one can fairly say he had great passion for his country and for the betterment of the Jamaican people. He was a church man, an Adventist, but this did not seep into his writings or analyses.

“He was never one for excesses or drama, not in his manner or in his criticisms. I think the most dramatic thing Martin has ever done was how he departed this life.”

Since Jenni was the single most influential person in ensuring my extended tenure at the Gleaner despite the prayers of many (including me) for me to stay away, I’m inclined to accept her view without question.

Also, THAT’s the impression I had of Martin Henry. Zero ego; zero impatience; zero bias; One hundred per cent commitment to professionalism!

Not many would know that, in or around 2003, when The Gleaner decided to create In Focus, Martin was very unhappy about the move because he thought pushing some writers into the new section was a show of disrespect and disregard. At the time, columns were all appearing on the op-ed pages in The Sunday Gleaner and were much shorter than the 1,000 words now permitted (er, um, Staci, please continue to lose your glasses when checking on strict compliance to this “rule”. Tonks and respeck). However, after a few weeks, as the section became popular, he called and apologised for his initial resistance and actually thanked the creators of the new concept for giving him space and a higher word count in the new section. He actually applauded In Focus and said it was an exceptional idea.

LEFT HIS EGO AT HOME

It’s worth repeating. With regard to his public duties, Martin Henry habitually left his ego at home.

There was nothing one-dimensional about Martin Henry who, like his colleague and journalist par excellence Dionne Jackson-Miller, was a Morant Bay High alumnus. At age 23, Martin became a lecturer at the Brown’s Town Community College, where he stayed for six years. After a brief stint at the Scientific Research Council, he became director of the Priory Adult College of Education (1988-1991) and started as a Gleaner columnist in 1987 at the tender age of 29.

The great Earl Moxam (another excellent journalist beloved by many but most fervently by the Old Ball and Chain) has already chronicled Martin’s contributions as a founding panelist of and irreplaceable voice on That’s a Wrap since the very first broadcast on August 10, 2008. Martin lectured in communication at the University of Technology (UTech) from 1997-2006, and at the time of his transition, was still giving sterling service to that august institution.

Martin lived the biblical exhortation “Whatsoever ye do, do it heartily as to the Lord and not onto men” (Colossians 3:23). Martin Henry, January 24, 1958 – May 28, 2019, multifaceted academic, researcher, teacher, administrator, public affairs analyst, columnist extraordinaire, and, most importantly, Jamaican nation builder, rest in peace. You will be remembered.