Manley Nicholson | A low Barr! When does obstruction amount to corruption? 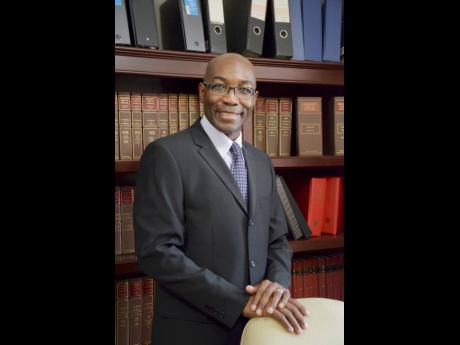 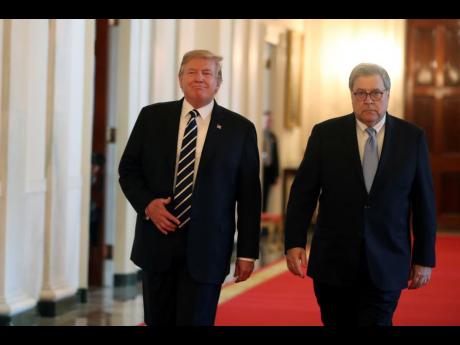 United States Special Counsel Robert Mueller’s 22-month investigation ended without concluding whether President Trump obstructed justice. Attorney General William Barr’s letter to the US Congress posits that the evidence gathered by Mueller did not establish the president’s involvement in an underlying crime; hence, no obstruction. To which Trump says game over!

The notion that where there is no evidence of a crime there can be no obstruction of justice is a low bar for any judicial system.

While in Jamaica, where levels of corruption are undoubtedly high (according to the 2018 Corruption Perceptions Index reported by Transparency International. Jamaica is the 70th least corrupt nation out of 175 countries. The US ranks 220). Conduct such as that associated with the Trump presidency would arguably not survive prosecution here, given:

(i) that our legal standard and precedents for determining corruption.

(ii) that our political polarity is not as strikingly partisan.

(iii) that we are not as seemingly tolerant of our elected official’s behavior in matters of corruption.

OBSTRUCTION OF JUSTICE VS PERVERTING THE COURSE OF JUSTICE

Obstruction of justice offences in the US are derived from legislation. An example of its application in ‘a non-crime’ can easily be found in the case of media entrepreneur Martha Stewart. Stewart was prosecuted for obstruction without an underlying crime, arising from her sale of 4,000 shares, one day before the company’s stock price plummeted, having received a tip from her broker, an insider. The charges of securities fraud were thrown out, but prosecutors persisted with charges of obstruction of justice, arguing that she “willfully and knowingly” tried to hamper the SEC investigation of her stock sale by providing misleading information and lying to investigators. She was found guilty in 2004, sentenced to five months in prison, five months’ house arrest, and two years’ probation.

EXAMPLES OF PERVERTING THE COURSE OF JUSTICE

In 2014, Senior Superintendent James Forbes, along with businessman Bruce Bicknell, was charged with attempting to pervert the course of justice while West Portland MP Daryl Vaz was charged under the Corruption Prevention Act in relation to a traffic stop.

Bicknell allegedly offered police sergeants a $2,000 bribe during the stop, and days later, SSP Forbes facilitated a meeting between the businessman and the sergeants at his St Andrew offices.

The case against Bicknell and Vaz was dismissed, but the senior cop had a case to answer. The court held that “[t]he meeting was designed to affect the outcome of the matter against [Mr Bicknell]” [and] “[h]is act was intended to pervert the course of justice”. The senior cop was fined $800,000 or six months at hard labour. Obviously, it mattered not that the charges for the primary offence and the underlying crime of his co-accused were dismissed.

In 2010, during former Prime Minister Bruce Golding’s stance with the US over the extradition order for drug kingpin Christopher ‘Dudus’ Coke, the late Professor David Rowe warned Golding and his administration to tread carefully as the US obstruction-of-justice statute had extra-territorial impact and could be used against individuals in Jamaica believed to be attempting to interfere in a judicial proceeding. It is uncertain how far that extra-territorial impact may have extended, if at all. But although our legal system did not seek to intervene, Golding paid the ultimate political price with his resignation, perhaps due singularly to his handling of the request/order, seen by many as corrupt.

Later in 2014, former Senator Basil Waite was implicated when there were allegations that a police constable solicited $25,000 from a Kingston businessman found to be in breach of a traffic offence when one of his trucks was stopped. Waite tried to arrange a meeting, which led to his charge of attempting to pervert the course of justice. Despite his subsequent acquittal, there was no fear in the corruption charge being brought and prosecuted, and he, too, paid a political price, with the loss of his political aspirations.

There are numerous cases with acceptable standards of how a justice system should treat with attempts to influence the outcome of justice. Isn’t it a low bar to excuse “attempts at obstruction” – failed or not – or to place reliance on whether some actual crime occurred or if the perpetrator participated therein?

One important factor that distinguishes Jamaica from the US might be in the appointments of the US’s and Jamaica’s chief prosecutors. The US attorney general is a political appointment, whereas our equivalent is the constituted body, the Office of the Director of Public Prosecutions (DPP), which is apolitical.

Take for instance, therefore, when White House counsel Don McGahn declined to carry out Trump’s order to fire Mueller, Barr’s (low) standard offers no sanction for the “failed attempts” made to shut down the investigations and obliterates any legal basis for holding that the president obstructed justice. By contrast, Jamaica’s prosecutorial arm has less political involvement, and as a result, is less inclined to protect public and political figures.

If the legal standard for establishing corruption is low, what of the political standards? The US Congress has constitutional power to level charges of impeachment to safeguard against corruption of its federal office holders. Impeachment is, therefore a political tool to determine conduct – whether to convict and/or to impose sanction.

While Barr is facing his own threats of impeachment, as is the president, standards for deciding misconduct while in office have already been addressed in the political arena, for example, President Clinton’s “sexual indiscretion” and lying to Congress were grounds for his impeachment. But what if (unlike the Democrats at the time) there isn’t a single Republican in the US legislature willing to uphold that standard and vote for impeachment? Party loyalty appears so ingrained that it masks the objectivity required for discerning acceptable standards of conduct.

While Jamaica may be considered tribal in our politics, we have never had a legislative vote on any perceived corruption that has resulted in a 100 per cent partisan stance.

Trump’s presidency may have been saved by Barr’s legal standard of obstruction of justice being based on whether there is an “underlying crime”. Thus far, impeachment seems unlikely since there is no majority vote prepared to stand for an acceptable standard of conduct over loyalty to party.

By any reasonable comparison, despite the oft-repeated accusation of high levels of corruption, Jamaica still has a respectful governance structure and a populous seemingly more prepared to hold its elected representatives accountable to higher moral principles than its northern neighbour.

- Manley Nicholson is the dispute resolution & litigation partner of law firm Nicholson Phillips, attorneys-at-law, as well as the partner with responsibility for the firm’s practice development. He has two degrees, one majoring in political science and economics and the other in law. Email feedback to columns@gleanerjm.com and manley@nicholsonphillips.com