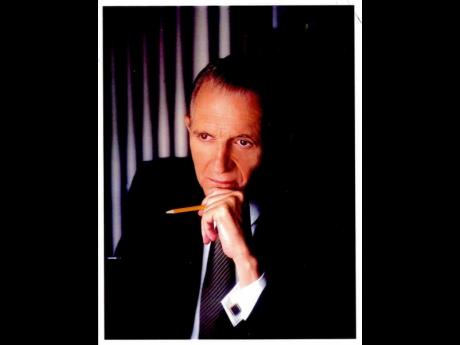 I have watched and listened to the debates raging on social media and in real life over the legacy of Edward Seaga. Even in death, this giant of a man polarises his country. Some camps have sought to paint Mr Seaga as the father of political violence who deserves no tribute while others have painted him as the man who did everything, from single – handedly building Jamaican music to ending apartheid in South Africa and socialism on a global scale. But these attempts at vilifying or whitewashing a complex character are futile. It is not for our generation to determine how we want to remember a man. it is those generations who will later read our story.

History is a dynamic subject. While the facts have already been recorded, it is which facts that are highlighted by the subsequent generations that determine one’s legacy. As new facts come to light or known facts are magnified, the perception of a historical figure changes with time.

Across the United States, statues of Confederate heroes are being removed or protested. Dr James Simms, who has been taught to us as the father of gynaecology, is now being outed as a brute who experimented with painful operations on slaves without anaesthesia, believing that blacks did not feel pain. We still pay homage to Columbus, even though he was brought back to Spain in chains for his cruel treatment of and the genocide of the Amerindian.

Many post-war babies were named Winston after the revered prime minister who valiantly stood up to the Nazi armies. But had Germany won the war, our history would have focused more on the war crimes committed by Churchill – the man who diverted food from India even while stocking a surplus, leading to a famine that killed four million Bengalis.

“I hate Indians. They are a beastly people with a beastly religion,” he said.

In the midst of the famine, he refused aid, sitting by as millions continued to die. He went as far as to blame the victims for the famine because they were breeding like rabbits. The great wartime hero Winston Churchill was a monster. Yet he is still venerated by millions.

At the same time, those who were criminals at their interment were later regarded as heroes by generations who benefitted from their sacrifice.

Our own Marcus Garvey was listed in the Encyclopedia of World Crime for mail fraud. George William Gordon was hanged as a traitor. They are now National Heroes in the same country where we continue to drive on the road that Lady Musgrave built because she could not stomach driving past Devon House, the home of a black man.

Slavery was abolished in 1834, yet my great-great-grandmother was taken forcefully from Calcutta and shipped off to Jamaica to work on the Moneymusk plantation as a 13-year-old girl, never to see her family or homeland again.

History is full of lies. And our interpretation of the facts that pass through unfiltered are viewed through the tint of societal norms at the time.

Edward Seaga contributed greatly to our nation. Many of the institutions we take for granted were products of his imagination and hard work. The stock market and the Urban Development Corporation are only two of a multitude of pillars on which our growth and development are based.

His detractors solely focus on Tivoli and the legacy of political violence attributed to him. Others have painted his darker dealings as reactionary. The work of a man who believed he must save his country from certain ruin.

The stories of the violence in the 1970’s culminating in the bloody 1980 election are passed down along tribal lines. We never had a truth and reconciliation commission to ventilate what really occurred in that undeclared civil war.

Seaga’s death has only reopened painful wounds without any dispassionate analysis.

Was he a traitor who conspired with the CIA to destabilise the Government of the day to gain political power at the expense of thousands of dead Jamaicans? Or was he a hero who valiantly prevented Jamaica from continuing on a destructive socialist path that may have ended in a similar situation as Grenada? Those two questions are at the root of how we see Seaga’s legacy. But it is not for our generation to decide. Instead, we should accurately record what has already taken place and let the true historians decide his fate in the ages to come.

Our task is not to distort the narrative of his life, but to bury him with the honour he deserves as a former prime minister and nation builder.

The whitewashing of his story will not withstand the scrutiny of reputable historians. Nor will the promulgation of his role in the political violence during a volatile era dull the shine on his remarkable highlights.

Instead, let us truthfully record his contribution to the nation he adopted as his own and preserve his name as we will other nation builders whose mortalities are inevitable.

If his political rivals can cast aside the memories of their clashes, then why must we get heated over what box in which he should be placed? It is not our place.

R.I.P. Edward Philip George Seaga. You have left us with your mark on this nation and you will be remembered for it. Now you belong to history.