Anthony Gambrill | Be undressed and ready, my angel 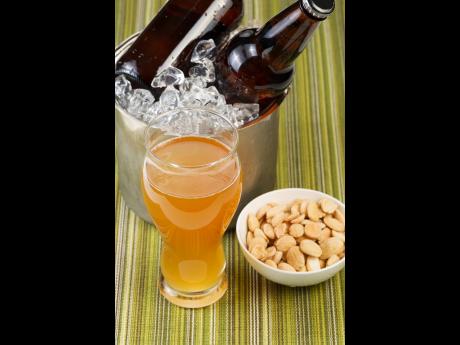 Ah-ha. So you were anticipating some titillating pornography. Sorry to disappoint you, but the phrase referred to the beginning (I think) of what was to be my life-long excursion into creative writing, or writing creatively.

B (Be) U (Undressed) and R (Ready) M (My) A (Angel) formed the acronym BURMA, which a group of eight-year-old boys invented during a homework session at an English boarding school. We had no idea what our angel should be ready for, but it made a break from filling homework pages full of drawings of Spitfire aircraft in dogfights with Focke-Wulfs over English skies. Anyway, that’s the way we passed the time during World War II.

Before I knew it, I was in a two-year college that would lead to a final two years at the University of British Columbia. No one else seemed too keen on running the college’s occasional four-page tabloid known as ‘The Martlet’, so I took it on, if only to meet girls. I concocted such features as advice for unhappy couples as to how they could break up and enter new liaisons after their happy escapes. I didn’t do too well in the dating department myself. I was pursuing a nubile blonde named Danica Dondt until my companions advised me that her name should have been Danica Didnt. (By this time I knew what angels should be undressed and ready for).

My writing creatively found a more rewarding outlet when I became a columnist for ‘The Ubssey’, the student newspaper at UBC. My observations were largely humourous and made little impression, but the experience of mingling with the other staffers on the paper certainly improved my social life. The editor taught me how to play the ukulele, which resulted in my first attempt at composing lyrics. It was in the ’50s when the British Empire seemed to be disintegrating.

“Don’t be beastly to the British.

A stiff upper lip will see them through

Billy Graham will excite them

And eventually invite them

Graduating from university with a degree in history and international relations wasn’t likely to provide me with an exciting choice of careers. I landed up in the public relations department of the British Columbia Telephone Company as an assistant to an ex-newspaperman. My job description included attending functions for retiring linemen. These hardy individuals spent their lives up telephone poles repairing telephone cables, regardless of rain, hail, or snow. I was soon to discover that once they started living a sedentary life, they were soon to be in transition, as we say in Jamaica.

I briefly broached the world of journalism when the Vancouver Province carried an article by me that described the jamming of the telephone system that took place at halftime when a national hockey game was carried on TV. A similar crisis also happened at the water company, with thousands of toilets being flushed simultaneously.

I was persuaded by some West Indians with whom I shared a house to make Jamaica the first stop on an intended round-the-world odyssey. Shortly afterwards, I found myself enjoying peanuts and Red Stripe on the train from Mo bay to Kingston with a lady politician.

By the beginning of 1953, already short of funds, I got a job at a Kingston advertising agency, offering my skills in public relations. No one had ever heard of public relations, so I became a copywriting ad executive. An early example of misplaced creativity was an ad for a paint shop headlined ‘Tepee Creepy’. The impact on sales was negligible because it featured an Indian chief, and prospective paint buyers knew that tepees (tents) never need painting.

My other forgettable copywriting contribution was a radio commercial about a man who thought he was a car and preferred Texaco gasolene. This was swiftly banned after it was deemed to make fun of the mentally ill.

I invented a public relations letterhead headed ‘Forked Tongue and Obeah Company Limited’. I thought it suggested that its content were unreliable – “white man speaks with forked tongue” – but should be published or Jamaican obeah might dog the newspaper if the news release was never used.

I had greater success persuading Theodore Sealy and Ferdie Williams at The Gleaner to engage my creative talents. Actually, it began with two short stories, but I was soon to appear regularly with a column headed ‘Man about Town’. Fortunately, it met a non-too-soon demise, but by December, I was reviewing new movies. This entailed going to the Friday matinee at the Tropical cinema on Deanery Road then the evening performance at the Carib in Cross Roads. This meant going down to The Gleaner on Harbour Street and typing my reviews in time for the next day’s paper.

In the ’60s, I was writing reviews of long-playing records for the newspaper. This took ingenuity. Local LP manufacturers would supply me with their new releases on a complimentary basis, a Kingston record retailer would take them off my hands at a hefty discount on the retail price, and The Gleaner contributed a freelancer’s meagre stipend to round out my income flow.

Next, I was to inherit W. Stanley Moss’s popular ‘Merry-Go-Round’ column, which embraced a wide variety of topics. My creative juices were stimulated when I met Charles Hernould, the legendary restaurateur at the now defunct Ferry Inn. When I asked him to describe an item on his menu listed as ‘Shaslik Henri Cinq’, he said that I probably knew it as shishkebab, but by concocting a glamourous description, he could charge more.

However, from the ’60s, my creativity was to be devoted to writing for the stage. I was persuaded to join forces with Jimmy Barton, the bon viveur-radiologist, after he played me his classic composition ‘I can’t keep my hands off your mammary glands’. The rest, as they say, is showbiz history and launched ‘Eight O’Clock Jamaica Time’.