Zia Mian | Jamaica: Electricity for the poor – we suggest a paradigm shift! 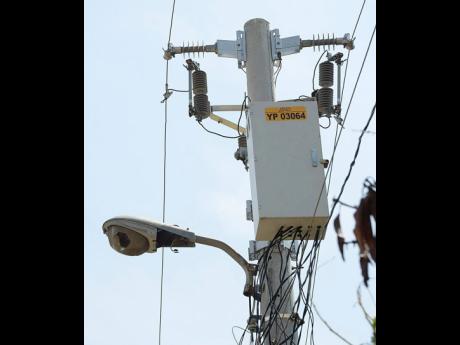 “Alice: Which way should I go?

Cat: That depends on where you are going.

Cat: Then it doesn’t matter which way you go.”

In the last column, we discussed the country case study of Thailand, where the government has taken an unconventional approach to provide 50kWh/month free of charge (lifeline) electricity for the poor. It has also established the Power Development Fund (PDF) as a financial mechanism to pay for this free-of-charge electricity.

In today’s column, we will evaluate the potential of establishing a similar framework for providing 50kWh/month free-of-charge electricity to those Jamaicans who cannot afford to pay for it (the poor and the underprivileged).

We will briefly assess the impact of such a strategy on the cost of electricity to the residential rate category and also explore its implications for the level of non-technical system losses that are mainly caused by the theft of electricity.

The non-technical losses that result from theft of electricity by those Jamaicans that can afford it but do not wish to pay for it should remain the responsibility of the utility company. These losses can and should be controlled by deploying smart technology. The Jamaican electricity customers are already contributing for this.

Let us first accept the reality that there are poor Jamaicans who cannot afford to pay for electricity no matter how much the utility or the regulator wants to regularise their connections or install pre-paid meters. They have no money to pay!

Secondly, let us acknowledge that an administration must have a desire to alleviate poverty and uplift the education level of poor Jamaicans.

If so, then there are many likely scenarios that can be considered to achieve sustainable development goals to alleviate poverty. We need to evaluate and select an option that most suits our needs. Likely scenarios, among others, include:

b. Once a target household is able to afford more than the 50kWh/month of electricity that is allotted, that customer could be removed from the target population and be given a choice to become a regular ratepayer.

This would require the establishment of a database and mechanism to select target communities and households that should be allowed access to free-of-charge electricity. This database should be updated on a regular basis. But this is a story for another time.

While addressing the provision of 50kWh/month of basic or lifeline need of a community or a household to alleviate poverty, let me restate that the level of income and the ability to affordable energy (for cooking and lighting) are among the key indicators that define the poverty level of a household in an economy, Jamaica being no exception.

The International Energy Agency (IEA), in its World Energy Outlook 2016, defines the lifeline threshold for modern energy access as 250kWh (21kWh/month) for the rural and 500kWh (42kWh/month) for the urban households per year as a minimum essential. How much is that? According to the IEA:

“In rural areas, this level of consumption could, for example, provide for the use of a floor fan, a mobile telephone, and two compact fluorescent light bulbs for about five hours per day.”

As discussed in an earlier article, in 2017, the Jamaica Public Service Company (JPS) had 571,541 Rate 10 residential customers. The JPS has estimated that in addition, about 180,000 homes were illegally connected to its network and used electricity without paying for it.

In our analysis, we have estimated that there are about 880,000 total households in Jamaica. Of these, about 864,000 households are within the proximity of a transmission line or are able to connect to the system if they can afford to pay for it.

The number of households that are close to transmission lines and are below poverty line is estimated at 125,000. Notwithstanding, for discussion purposes, we will use the number of illegal connections that cannot afford electricity as 180,000 (JPS estimate).

According to the utility company, the electricity theft by the illegal connections accounts for about 9.34 per cent of non-technical losses. This loss level has two types of pilferages:

a. Theft by those who are poor and cannot afford to pay for the electricity they use; and

b. Theft by those who can afford to pay for electricity but do not wish to pay for it (as was shown in an earlier article with examples of theft by the affluent members of our society).

Assuming that the 180,000 households are targeted for free-of -charge 50kWh/month of electricity, the total electricity consumption by this category would amount to 108GWh/year. This translates to 2.5 per cent of the non-technical losses (2017). The cost of this electricity per 2017 data would be US$ 29.7 million (based on US¢27.5/kWh).

In a residential bill, the energy charge has two distinct rates. A lower rate (US¢7.53/kWh) that is applicable to the first 100kWh/month of usage and is considered as ‘lifeline tariff’!

The cost of providing a lower rate is cross-subsidised by the residential customers that use electricity over 100kWh/month. This tariff structure burdens these customers with cross-subsidy of US$53 million per year (2017).

The average cost of free-of-charge electricity to the poor, if borne by the residential customers alone, is estimated at US¢2.78/kWh. If we offset this cost against the subsidy removal, the reduction in residential rates will be about US¢2.22/kWh (J$2.84/kWh).

We believe that this cost should be spread over all rate categories (as it is being done today by passing higher system losses to all). This framework will provide a win-win scenario for all as we will also be reducing the non-technical system losses by about 2.5 per cent and the cost thereof.

Some readers have expressed concern that when the poor end up using more than 50kWh/month free-of-charge lifeline access, how will this be addressed?

Addressing the use of electricity over and above minimum level by the poor would have to be determined separately and will depend on, as the ‘Cat’ puts it to Alice: “That depends on where you are going”?

Unless our politicians have a definitive plan to alleviate poverty in order to attain Jamaica’s sustainable development goals, as the ‘Cat’ postulates: “It doesn’t matter which way you go.”

The solution to this issue, therefore, might lie in the methodology that the government deploys to select the target communities or households and how regularly it updates its database through household and consumption surveys (that are commissioned by the Planning Institute of Jamaica and STATIN).

- Providing lifeline electricity to the vulnerable communities with incomes below the poverty line. At present, about 14.5 per cent of Jamaicans fall under this category.

- Providing 50kWh/month as lifeline electricity to the target vulnerable communities and households.

- The electricity (50kWh/month) must be provided free of charge, but must be monitored with load limiter or pre-paid smart meter or other relevant smart technologies.

- If the lifeline customer’s use in excess of 50 KWh/month, the customer must be required to buy additional credit on pre-paid basis (the Thai model approach) or be upgraded from the target category.

- Removing the subsidy on consumption of the first 100 kWh/month, which currently applies to all Rate 10 customers (2017 energy rate was US¢ 7.53/kWh for the first 100kWh/month volume. Exceeding 100kWh/month was charged at US¢ 17.54/kWh). This does not include the cost of fuel that applies uniformly to all consumption.

In the next article, we will conclude this series.