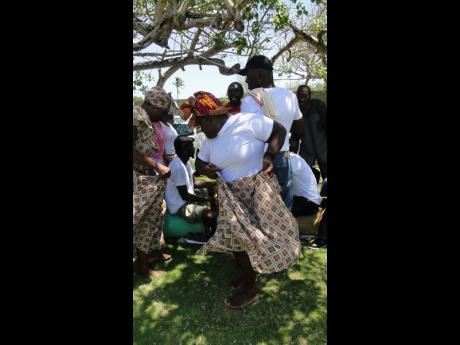 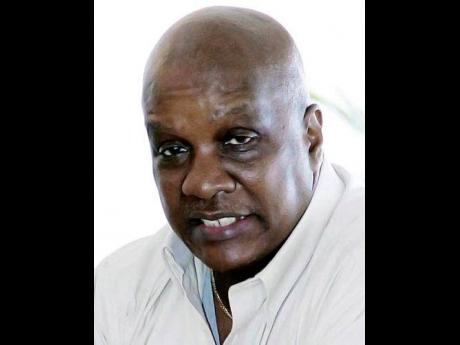 William Shakespeare wrote: “There is nothing good or bad, but thinking makes it so.” Jamaicans translated that to say: “Belief kills and belief cures.” Simply put, what you believe creates your reality.

In Jamaica, race and religion have always provided fodder for social discussion and discontent. It is a historical fact that the majority of Jamaicans have their roots in Africa, which some still consider the mother of all civilisation.

Despite constant efforts from some of those who reflect the status quo of the State and the Church to discard or diminish our African roots and heritage, this effort will never succeed.

Once again, salvos are being fired against obeah in the latest brouhaha that is like a recurring decimal. This periodic kass kass is a ready reminder of those among us who still want to bury all skeletal remains of our African culture and customs.

It was this realisation that caused the Colonial masters to systematically try to destroy all vestiges of our African identity and indigenous religions. Racial profiling is not a new phenomenon. The Africans themselves practised it, but the Europeans refined it – much to our detriment. We were taught to hate ourselves because of our kinky hair, our melanin skin, thick lips, broad noses, and pronounced derrières.

Without self-esteem, it is easy to emasculate a people – even though they were steeped in customs from their own indigenous environment. Travelling the Middle Passage to the New World gave Backra Massa a reason to try to remake his subjects in his own image – de facto and de jure. Miscegenation was the tool used to propagate “browning” as the preferred profile for people of colour.

Parallel to this identity crisis was the destruction or suffocation of the social customs that gave Africans credence – their religion. There was no one denomination that could be described as “African” because we were a collage of tribes that got new metal collars and shackles on the slave ship.

Backra Massa walking in lockstep with the European Church created a master game plan to destroy African religions in preference for Protestant and Catholic teachings. This meant that our God had to be a white man whose phenotype bore no resemblance to our forefathers. The straight nose and long hair of Jesus and His disciples became the preferred profile of the day.

The Bible and the hymnal were the new beating sticks used to calm the “uppity negroes” who still had an appetite for their indigenous African religions. So, systematically, they were banned and disappeared underground. But our form of African religion refused to disappear because it was much more than religious hype. It was a medicinal tool, a social enhancer, and maintained an alternative to the preferred European worldview. This was the power of obeah, which the State immediately banned.

Kumina, the ritual dance that expresses reverence to the ancestors, was most frequently associated with rituals related to death – funerals, mourning, tombing, and memorials. In these ceremonies, the colours black and white dominate. In true Kumina tradition, these colours symbolise the polarisation of death and life or birth.

By accident or design, St Thomas became the crucible of Kumina, with linkages to other ethnic off-shoots like Kongo and Tambu, to name a few. Kumina’s umbrella grew to be an integral part of weddings, thanksgivings, births, and national holidays.

Parallel to this, the leader of each Kumina group is assumed to be endowed with mythical and spiritual powers – drawn from the Myal and obeah traditions, which extended to physical healing and even emotional therapy.

So, the obeah man or woman is a spiritualist who combines African spirituality with many African medicinal practices that cured and healed the sick, the poor and the disenfranchised. This did not find favour in the traditional European Church system, hence the banning of obeah and stigmatization of the practice.

In its generic “banned” usage, obeah is associated with the sorcery tradition or the primarily evil intentions of the obeah man who manipulates the powers available to him through the medium of earthbound spirits and ‘science’ objects.

Running in lockstep with Kumina is Myal, which has another foundation that few understand. Suffice it to say, Myal’s objectives are generally quite the opposite of obeah. The latter invokes the earthbound spirits of the dead, and the obeah man or woman manipulates their actions for good or evil.

On the other hand, Myal specialists invoke ‘the holy spirit’ or ‘ancestral spirits’, which act to express the needs of the living. Despite their opposite mandates, both were banned by the colonial masters – at the insistence of the Church out of fear of their effectiveness as a real counterforce against white, ruling class power and religion.

Paradoxically, in today’s modern world, obeah thrives because it is still the Balm of Gilead not just for the poor, but also for prominent persons in the business class who do not make an entrepreneurial decision until they consult their obeah man. Probably, the obeah men get their greatest patronage from our politicians, some of whom have risen to the top of the political pyramid. They all believe in the ‘truth’ of the obeah man and have no reservation about paying dearly for his advice.