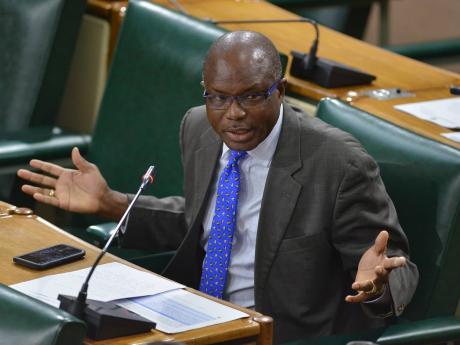 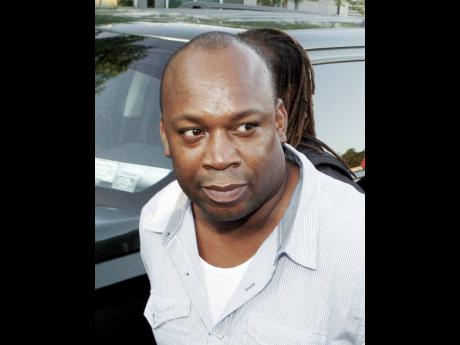 In 1994 when Eddie Seaga as JLP opposition leader and MP for Kingston Western handed over to then Commissioner of Police Trevor McMillan a list of 13 ‘trouble makers’ in the Tivoli and Denham Town division, nothing was, basically, done to change the situation. Heading the list was Christopher ‘Dudus’ Coke.

The commissioner said he needed evidence, and Seaga insisted that he would only get that evidence after he picked up the young men. According to the MP, there were people willing to talk but would only do so if the fear of violent retribution was removed by locking up these men.

To my way of seeing it, Seaga wanted the commissioner to bend the law in order to gather ‘lawful’ evidence against the known desperadoes. At that time, a few concerned civic bodies and many Jamaicans wanted politicians to make just such a loud decoupling from gangs and gunmen.

One PNP MP of a nearby garrison constituency righteously huffed and saintly declared that Seaga knew the gunmen in his constituency. Her words expressed more but more suited to the slow-witted. She herself knew of no gunman in her constituency. So, Seaga was left to hang out and dry as his actions made it seem that he was walking in lockstep with gunmen.

By the next year, Heather Robinson of the PNP was speaking out stridently about her refusal “to hug up gunmen” in her St Catherine garrison. The response from those in her party? Stony and eerie silence. The PNP was really saying to Heather Robinson, go holy on your own and leave us out of it.

In a debate in 1997, Bruce Golding, as head of the National Democratic Movement (NDM), spoke quite passionately about the nexus between the politics he knew and criminality. Standing beside him were Prime Minister P.J. Patterson and Opposition Leader Eddie Seaga. They were having none of that as they spoke no evil, saw no evil and never even heard of such evil.

Just recently, Everald Warmington of the JLP called on Phillip Paulwell of the PNP to rein in the out-of-control gunmen and gunplay in his East Kingston garrison. It was a bit of a cheap shot as I would have preferred that Warmington made a firm declaration that neither he nor any other JLP MP had ever known, or consorted with, or had as silent agents, gunmen.

That would certainly have awakened the nation, and what would poor Mr Paulwell be forced to do? Go on his knees and switch on his halo of holiness just as he did recently?

It’s an obvious outcome of increased security force activity that gunmen from say, St James, would find need to relocate to areas of east Kingston where there are established armed gangs. East Kingston is solidly a PNP garrison, but hardly any gang member now is seeing politics as the glue that keeps then together or create bonds with other gangs.

One senior policeman with many years of experience said to me last week, “When gang members from St James run and come to East Kingston, they quickly work out what they best share in common. And it’s strictly business in terms of what can make them some money.

So a scammer will find something in common and even share lead sheets as the price of protection. Gang members now are not looking at the PNP and JLP politics. Some will obviously live in very insular political communities, but only as a last resort will they make any social claims to the politics.”

The senior policeman said that if the situations change and a gang from St James finds itself in a position to offer help to a gang in East Kingston, then that it what will happen. “Many of them are cruel and ruthless, but the smart ones are the survivors.”

At one stage in the late 1990s, Dudus and his armed cohorts in Tivoli Gardens wanted the word to flow to every gang in every town in every parish and in every constituency that his ‘business model’ would be increasingly business. He wanted his senior lieutenants to launch legitimate businesses or, at the very least, be less reliant on the gun.

At the time as I spoke to various sources in Tivoli and those who had direct links Dudus also wanted gangs warring over political divisions to settle their disputes and buy into his business model.

They knew of the history of the Mafia in Chicago, New York and the rise among a significant percentage of those gangsters to legitimate business. Dudus wanted gangs that were once PNP and JLP to settle their differences, end the war, go into business and rid themselves of their political labels.

Only, he was not yet prepared to give up his guns. Nor were the other gang members.

When the Americans seized him in mid-2010, the political directorate in the JLP and the PNP were glad to see him go because he was trying to get the gangs in a huge togetherness that would have made him into a force just a hair’s breath away from showing a clean face and running for political power.

Enough of talk of more heroes

My veteran political friend and I were in discussion about the recent cries among some to lionise the late Eddie Seaga into a national hero.

“We love to worship our leaders too much. Norman Manley, as premier, introduced social welfare as the most immediate method of assisting those most in social and economic need.

“Then Busta came,” he said.

“Yes,” I said. “The perfect opportunist, politician and demagogue for his time.”

He continued. “Busta did what he could to lift poor people then after Sangster and Shearer came Michael Manley, the leader who I come closest to in identifying with. But, even though I believe that the NHT, instituted under Manley, has been the best poor people policy, guess what?

“All of them when they did their best - there was nothing heroic among what these politicians did. We only call their actions heroic because we have set our standards so low. All Norman Manley and Busta and Michael and Seaga did were their jobs. They were trying to do the best that we paid them to do.”

“So what about the sacrifices they made, especially vis-a-vis their families?” I asked.

“Sacrifices? They knew what they were getting themselves into, and even if the listed pay was not good, their positions gave them awesome power and an abundance of shining glory.”

According to my journalist friend, the politician to radically transform this country does not exist among the Manleys, Busta and Seaga. “In their own way, they did good but they were only going by some of what was on their job description. And that is, chart the best course to take up the ladder more of the most dispossessed. And build a society based on civil order and opportunities for all who wish to work towards attaining their economic best.”

He has no problem with Bogle, Sharpe and the other non-politicians in the strictest sense of the word. “Garvey deserves it because, in pan-African philosophy, he was Marley before Marley gave his in song.

“But Garvey was much larger than Jamaica and it is difficult for a country to ignore a man whose shadow is a living history book. But right now, let us leave Marley and Miss Lou and Michael and Seaga as they were. Great Jamaicans from whom many of our youngsters can selectively pluck from them precious gems to shine their way through life.”

Do you see it that way? Do you believe that the bar we set for political leaders is much too low?

You know my answer.

Mark Wignall is a political and public affairs commentator. Email feedback to columns@gleaner.com and mawigsr@gmail.com.