Densil A. Williams | Bunting competition and the PNP base 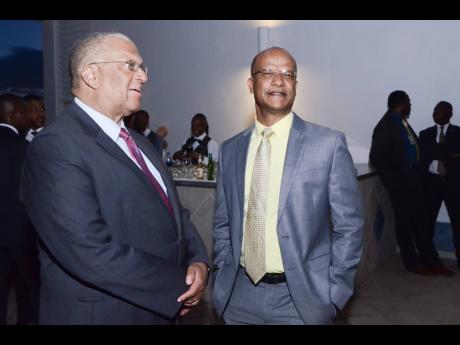 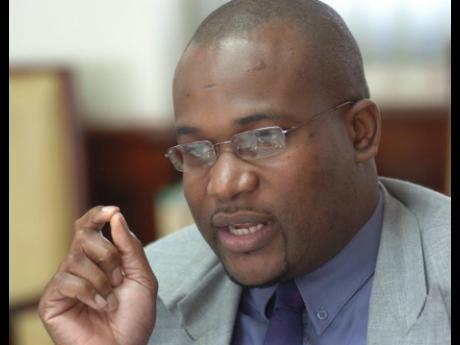 At the heart of the global capitalist project is the notion that competition is a necessary condition to drive efficiency and innovation in order for the system to transform itself. Those who pay close attention to the process of global capital accumulation would find this thesis almost ecclesiastical.

The evidence suggests that intense competition brings out the best in firms and forces them to deliver better service to customers while lowering price.

Peter Bunting is no stranger to this school of thought, having, in his former professional life, benefited significantly from the liberalisation of the financial sector by formulating innovative solutions to deliver more wealth to Jamaicans. He is now willing to push the envelope and take this model of competition to the political arena, where he now plies his trade.

Peter Bunting is now challenging Peter Phillips, the incumbent head of the People’s National Party (PNP) and Jamaica’s opposition leader, for the top job in the PNP. Bunting’s rationale is that opinion polls show that Phillips, as leader of the PNP, is unlikely to unseat the current JLP administration when an election is called.

The argument goes: Phillips is four times less popular than the current leader of the JLP and prime minister of Jamaica, Andrew Holness. As such, with that level of unpopularity, there is no way that he can lead the PNP into an election and come out victorious.

Further, Bunting claims that since Phillips took over the leadership of the PNP in March 2017, he has not implemented one transformational initiative and, as such, the party’s base is disenchanted and has become subdued. The conclusion, therefore, following Bunting’s logic and those of the pollsters, is that with a new leader, the PNP stands a greater chance of winning the next election. It appears that this logic motivates Bunting’s challenge.

Examining the arguments closely, there is a lot to unpack if we are to better contextualise the current leadership challenge in the PNP. One thing for sure, the challenge has provided a stimulus to the PNP base. Observing from afar, there is a clear sign of new energy in the PNP, and persons are determined to see victory for their respective candidate.

At the superficial level, Bunting’s rationale for challenging for the leadership of the PNP sounds credible. If the political party is about winning elections and the opinion polls are showing that the current leader cannot deliver the goods, the most logical thing to do is to change that leader. However, when one examines the issues more closely, there appears to be a disconnect between the rationale and the data.

First, the opinion polls show that Phillips is unpopular today and cannot lead the party to victory if an election were called now. Critically, the data did not say who in the PNP could replace Phillips and give the party a better result at the polls.

If we follow the logic of the opinion polls then, Damion Crawford, the most popular PNP politician, should be the one challenging Phillips for the top job, not Bunting. So using the polls to substantiate a challenge is not credible. More data are needed from the polls to show how Bunting will fare with the electorate.

There is also the claim that Phillips is pedestrian as a leader and cannot connect with the base of the party. Interestingly, in all the commentaries, everyone acknowledged that Phillips is a strong performer and has always delivered in every portfolio which he held in Government and also within the PNP as general secretary and vice-president.

Most notable is Phillips’ last stint as minister of finance. Jamaica and the wider world have now reached a consensus that the economic gains that Jamaica is reaping are heavily because of the work of Phillips when he was minister of finance between 2012 and 2016. I was conducting business at a multilateral a few years ago in Washington, DC, and one of the technocrats remarked to me: “Dr Phillips single-handedly turned around the fortunes of Jamaica.” If a performance like this is not inspiring, I am not sure what else is.

Phillips is no Michael Manley or Portia Simpson Miller, but one thing is clear: Once he puts his hands on something, he will deliver tangible results.

Phillips, at the launch of his ‘One PNP’ campaign on June 27, also noted that his style of leadership is not one of“song and dance”, but one born of a meticulous and scientific approach to things. He outlined a credible plan for winning the next election, which, on the face of it, is quite methodological.

Importantly, he showed that his mission as leader is not merely about winning elections, but more about building a movement to empower ordinary Jamaicans. If past performance is anything to go by, one expects Phillips to deliver.

So he might just again prove all opinion polls wrong as Holness did in 2016, Simpson Miller in 2011, and Golding in 2007. The lesson is simple. It is too early to write off Phillips, a proven performer, even before he has faced the national electorate.

A number of commentators are worried about party unity after the September 7 vote. The PNP should rally around a leader and provide a good challenge to ensure that our democracy remains competitive. The PNP must recall that some of the same commentators wrote off Andrew Holness in his leadership challenge and again when the JLP was determined to remove him (Holness) as leader of the opposition in the summer of 2015. Almost the exact arguments they make about Phillips today, they made about Holness then.

Holness proved them wrong, united his party, and went on to win an election in four months. Today, most of these commentators have flipped the script and are now talking up all the right things about Holness to the point of almost deifying him.

The lesson for the PNP: Do not let a handful of public commentators determine your narrative. Do your research, construct your own narrative, stick close to the people, and sell them your ideas. They will be the judge at the right time.

Bunting’s challenge to Phillips, while weak on logic, has energised the PNP base. Comrades should laud him for that. However, from all indications, there is clearly a bigger strategic move for Bunting. It could be that he wants to be seen as next in line when Phillips demits office and, as such, making his mark early. Only time will tell.

- Densil A. Williams is professor of international business at The UWI. Email feedback to columns@gleanerjm.com and densilw@yahoo.com.