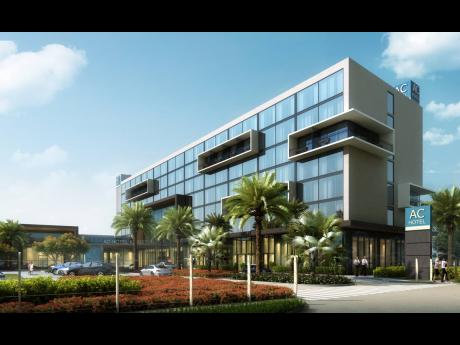 Currently, Jamaica gets high favourability rating from the IMF and the World Bank. Captains of industry are bullish, and, so too, are the prime minister and the minister of finance. Yet the economy performs below expectations.

We are not capitalising on our potential. Some current realities, plus a review of history, and new thinking on advanced governments and advanced companies could provide insights to leaders into both the public and private sectors.

We try to mask it, but current realities tell us that the country can’t afford any more missteps in bad governance, scandals, and corruption. Our economic situation is still fragile with a depressingly low per-capita income; an extremely high national debt; decades of underinvestment; low productivity; a horrendous visible trade deficit, now above US$4 billion; a worsening current account deficit, topping US$400 million; and an education system not sufficiently relevant to present-day needs.

History has taught us as well that in many areas of our economy, we have not maintained what we had and did not build on what assured us success.

It was not surprising, therefore, that the granddaddy of hoteliers, Abe Issa, fought an uphill battle to make tourism in Jamaica a winner. Nevertheless, by virtue of his DNA, he gave us successful hoteliers, including John Issa, Lee Issa, and Christopher Issa.

Abe Issa owned the Myrtle Bank Hotel and had Walt Disney, of Disney fame – who drew many of his cartoons there – as his special guest.

Abe tried unsuccessfully for years to convince successive governments that tourism could become Jamaica’s major industry. If we added benefits arising from agglomeration and symbiotic relationships with other industries, Jamaica could have been a global economic powerhouse.

Historian Arnold Bertram, in his book Norman Manley and the Making of Modern Jamaica, reminded us that in 1955, “Abe caught the ear of the new minister of trade Wills O. Isaacs and made his case for tourism.” Abe said: “Other resort places, like Nassau in the Bahamas, are making fabulous sums out of this invisible export of sun, sea, beaches, and scenery. What have they got that we haven’t got much more of? We have the same sun. And when it comes to beaches and scenery, we could lend them some.

“I’ll tell you what they have. A more wide-awake and business-like approach … .We have been sleeping here. Now and then we wake up and scratch the surface, then we go back to sleep.”

If Abe were alive today and saw the current global statistics, I’m sure he would say, ‘no wonder the Bahamas, with per-capita GDP of $35,861, is ranked among the top 30 countries in the world while Jamaica lingers in the 1990s with per-capita income hovering above US$5,000’.

Tourism had a wonderful head start with a deepening of relations with the US in the late 1800s and the passage of the Hotels Law in 1890 facilitating construction of new hotels. “The following year, an international exhibition was staged, and over 300,000 visitors from all over the world attended,” Bertram noted in his book.

With such an impressive push-off, the tourism sector should have been a powerhouse, making the entire country an economic juggernaut. Imagine further, Jamaica was one of the first countries to benefit from a significant role played by leading airline Pan American Airways, which, in 1930, had the great aviator and inventor Charles Lindberg in the cockpit when its aircraft flew to Jamaica. Additionally, from very early, the country secured commercial flights from premier airlines, including Pan Am, KLM, BWIA, BOAC, Trans Canada, and Lufthansa.

Today, tourism has awakened somewhat from its occasional sleep and, with the country’s current emphasis on innovative entrepreneurship, the hope is that this will nudge Jamaica towards the results achieved by other countries where entrepreneurship has undergirded growth and development.

Jamaica has talent. Both NCU and MSBM enjoyed successes in local and international business model competitions where they came first and second last year, beating more than 5,000 teams across the US.

Utah-based entrepreneur and venture capitalist Paul Ahlstrom, who initially excited local universities to participate in these competitions, is excited about Jamaica’s potential. Come September, his plan is for Utah-based Bottega University to open a computer-coding system in Jamaica where many software engineers will be trained.

It would be great if this could piggy-back on ideas encapsulated in a new book, published this year, dealing with advanced governments and advanced companies, written by Harvard Professor Torben Iversen and David Soskice, professor at the London School of Economics.

The book, Democracy and Prosperity, focuses on First-World countries, but by providing insights into their success, it offers ideas on how we could drive our economy.

The authors asserted, “The role of government is central in ensuring that companies operate in a competitive environment; that labour is cooperative, allowing management the right to manage; and that there is an effective system of education, training, research, and technology. Government’s reputation for economic competence and concern for the advanced sectors of the economy are crucial.”

An essential theme of the authors is that businesses prefer protected markets with low risk and high profits, and governments have to be strong in their leadership role to avoid protectionist deals with companies and individuals. As such, what is required are well-managed and disciplined governments to impose competition, which drives innovation.

Jamaica has had enough bad policies that have scarred so much of our political landscape since Independence, including politicians establishing garrisons, linking with dons, and now Petrojam and pricing issues involving waterfront property.

Our political parties must set their sights on instituting advanced governments with a reputation for accountability, transparency, better governance, and economic competence.

We also need more advanced companies, driven by innovation, enlightened entrepreneurs, and new technology in a highly competitive environment that is skilled-labour intensive.

Advanced government, supporting relevant investments in education and research infrastructure, and advanced companies generating growth in demand for skilled and educated labour must be our mantra going forward.