Arnold Bertram | Government in a tailspin 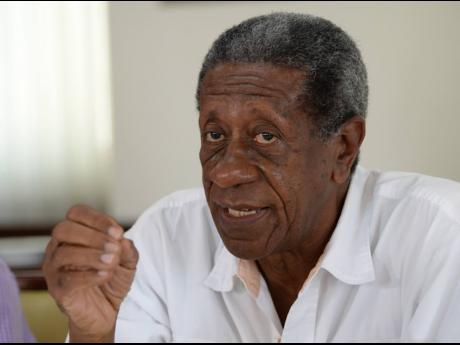 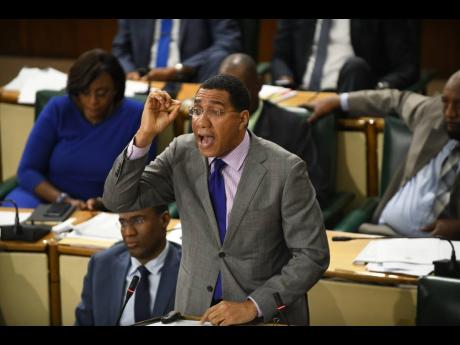 File
File "Does Prime Minister Holness have the moral authority to take the stand he should against the rampant corruption in his administration ... ?" asks Arnold Bertram.
1
2

The social and economic indicators at the end of June point to a deepening of the crisis of governance in the Holness administration. Most worrying was the increase in violent crime in 10 of the 14 parishes.

The Government has yet to present a coherent, target-driven plan to effectively manage crime. After five states of emergency, the criminal networks remain armed and active. Some 2,729 persons have been detained, but only 179 charged for various crimes.

Our police force remains undermanned and under-resourced and, as a result, incapable of responding effectively to crime and the growing threat of anarchy. The mobility of the police force is still to be improved; the MOCA legislation is languishing in the House; and the police wage dispute remains unsettled. Public order has broken down as a growing criminal stratum imposes a reign of terror on a hapless population in the urban centres of commerce islandwide.

However, the most debilitating of the social indicators is the rampant corruption that pervades this Holness administration. From Petrojam to NESoL, to the Ministry of Education, to the Caribbean Maritime University, to the Firearm Licensing Authority and Dunn’s River Falls, the trail of corruption has left an estimated leakage of billions of dollars from the Jamaican economy.

The question is: Does Prime Minister Holness have the moral authority to take the stand he should against the rampant corruption in his administration when he is yet to satisfy the Integrity Commission with his statutory declaration of assets and liabilities?

The economic indicators give equal cause for concern with the continued devaluation of the Jamaican dollar, the increase in the food import bill, and the failure to realise the targets set for growth. Even as the politically connected enjoy prosperity, the $31-billion tax package of fiscal years past has increased the number of Jamaican families who just cannot make ends meet. Some 60 per cent of the workforce earns the minimum wage, while more than 200,000 workers are doing full-time work but being employed as contract workers, losing hard-won rights, including sick leave, maternity leave, and their pension.

The crisis of governance is also being fuelled by the incapacity of the administration to implement any programme efficiently. The Primary Exit Profile (PEP) introduced by the Ministry of Education to replace GSAT has left parents feeling “that their children are being used as guinea pigs in a programme that has been inadequately prepared, which condemns them to failure from the start”.

“Of the 37,500 students who sat the mock examinations in June, only 583 (1.5 per cent) were deemed by the examiners to have mastered the subjects to the requirement of PEP,” we have been told.

The National Identification System bill, which the Government declared to be critical to national development, was finally declared unconstitutional by the chief justice after 268 amendments in both Houses of Parliament. The inept implementation of the road improvement programme in the Corporate Area has been a sustained disaster for both businesses and commuters.

Not even the elaborate public-relations machinery can halt the growth of the number of Jamaicans who want to see the back of the Holness administration. The failure to achieve meaningful economic growth over the past four decades has resulted in declining support for political parties. No administration has been re-elected since 2002 and the JLP will face the polls in the next general election with a record of corruption and incompetence second to none.

In this situation, one would expect the Opposition to seize the opportunity to unite around preparing its electoral machine and sharing its vision of a more inclusive Jamaica. However, instead of focusing on winning the next election, the PNP is being diverted and divided by Bunting’s leadership challenge.

Perhaps the most transformative plank of the PNP’s New Policy framework is the expansion of ownership and opportunity at the base of the society to facilitate the growth of enterprise at all levels.

This means a deliberate strategy to lift up the small, the disadvantaged, the hustler doing his or her best on the roadside or in their house, and to provide real financial support, business advice and training for micro and small businesses to grow to medium, and for medium to grow to big, and for this dynamic growth cycle to be maintained.

Peter Bunting was given the critical assignment as shadow minister of industry, investment and competitiveness in order to play a leading role in developing and communicating this critical plank of the PNP’s economic policy.

He is yet to carry out this assignment. His inaction can only be explained by the fact that his focus is on becoming prime minister and his ambition can only be realised by doing as little as possible to enhance the leadership of Peter Phillips.

Fortunately, the PNP is alive to the threat which Bunting’s leadership challenge at this time poses to the party.

Only nine of the 29 members of parliament support Bunting, and that number includes three retirees who have all been replaced.

The overwhelming support for Phillips extends to all levels of the party leadership. Twenty of the 21 candidates who are already confirmed; the four vice-presidents; the six regional chairmen; 69 of the 99 PNP councillors; and the 8 senators all support the continued leadership of Peter Phillips.

Given this overwhelming support for Phillips, Bunting can only divide and weaken the PNP further by going forward with his leadership challenge. Consciously or unconsciously, he has provided Holness with a political lifeline. The JLP is now on election alert and relishes the prospect of facing a divided PNP at the polls.