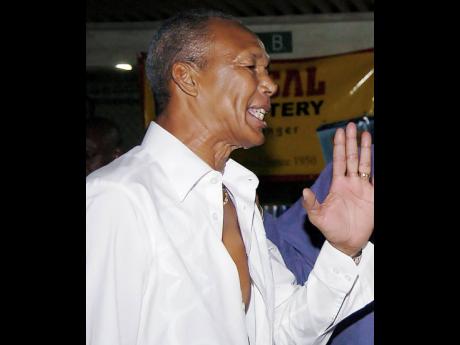 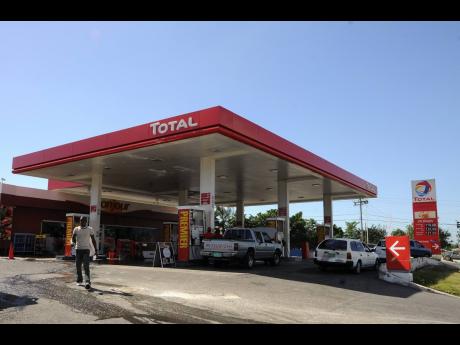 On July 7, Mark Wignall’s one-sided reporting (presented as ‘opinion’) of a civil suit by National Fuels Limited (NFL) against Total Jamaica Limited (Total) showcased, in my opinion, journalism at its worst.

Upon what report was Wignall allegedly commenting? It’s unlikely to be The Gleaner’s fair and balanced report (July 5) of the dispute (‘National Fuels sues Total Jamaica for $6.4b’), which detailed both parties’ cases. So who reported Wignall’s misleading diatribe to him? Wignall’s tirade included only NFL’s disparaging assertions (especially against Total’s then company secretary) without substantive comment; details of the defendants’ defence; or any added value recognisable as opinion. Why and on what evidential basis does Wignall publicly humiliate Total’s company secretary in this irresponsible way?

Intrepid columnist didn’t even pretend to have tried contacting Total or the company secretary for comment. A lazy “ one would not reasonably expect that Total would be giving any responses to the media now that the matter has been filed in the courts” was the sop to his obligation of responsible journalism. But, NOBODY cares what Wignall expects. Or, worse, “ reasonably” DOESN’T expect! Readers expect Wignall to contact Total and its company secretary for the purpose of giving them the opportunity to respond to NFL’s outrageous allegations so casually reproduced without one obvious test of their veracity. Why’d Wignall “ not reasonably expect” Total to say anything possibly prejudicial to the trial of a pending case but himself do EXACTLY what he says he “ would not reasonably expect” Total to do?

This is a case of which I’m well aware because the company secretary is a young lawyer (well, young to me) who has frequently sought my mentorship for many years. Furthermore, when NFL’s sale to Total became contentious, and, in a public show of petulance, NFL’s principal used his boat to block the entrance to one of Total’s petrol stations, the company secretary sought my legal advice as senior counsel. So I’m aware of the dispute’s documented facts that contradict the spurious allegations Wignall so perniciously published.

The company secretary has a very successful, honourable commercial law practice, which these unbalanced allegations have the potential to ruin. So why assist NFL to continue NOW what it has been unsuccessfully trying to do for almost two decades?

To begin with, the matter is NOT languishing in the DPP’s office. The allegations were thoroughly investigated by the police. A file was sent to the DPP, who ruled that no charges should be brought.

In the sale, NFL and Total were independently represented by attorneys-at-law. NFL was paid in full for the properties as agreed under the contract. The following is extracted from Total’s defence filed in 2019 by Nunes, Scholefield, Deleon and Co, a firm from which I retired as a partner at the end of 1997.

a. During the course of negotiating the respective agreements, it was revealed that Mr DeCambre, as the authorised servant and/or agent of the claimant, owed substantial sums on various properties to the Royal Bank of Trinidad and Tobago Limited (RBTT), now Sagicor Group Jamaica Limited. As a part of the overall agreement, the claimant and the first defendant agreed that the first defendant would direct such portion of its payment of the purchase price to RBTT to service the indebtedness of the claimant and/or related entitles’ debts in order to have RBTT release the duplicate certificates of title for the various properties.

b. Following those payments from the first defendant to RBTT ... of the remaining balance, the sum of US$3.638m was paid on April 1, 2004, to ... the claimant’s attorneys-at-law for the transaction into the firm’s Citibank account. This amount represented the final payment from the first defendant to the claimant for the agreements less the sum of US$1,300,000, which was retained for two reasons: (i) the sum of USD$500,000 for the Featherbed Lane station agreement; and (ii) the sum of US$800,000 held on escrow pending the rectification of various matters affecting the titles, boundaries, breach of covenants of the service stations in the agreements.

c. By letter dated June 8, 2004, from Messrs DunnCox, attorneys-at-law for Petrojam Limited addressed to the second defendant, it was stated that:

“ We act for Petrojam Limited in relation to the captioned.

Petrojam Limited has filed a claim in the Supreme Court to recover the sum of $117,706,175.87 and has obtained a freezing order. You are no doubt aware of the issues between Petrojam Limited and National Fuels & Lubricants ... .”

By agreement, those “retained” sums due to NFL were paid, in accordance with NFL’s instructions, to its new attorneys-at-law who were also independent from Total’s company secretary.

With regard to the ridiculous allegation that the company secretary “ran” from NFL’s offices implying he was afraid of truth, the defence states:

It might be helpful to digest dicta from Sykes J on responsible journalism in a defamation case named Joseph M. Matalon v Jamaica Observer Limited [CLAIM NO. 2009 HCV 00070; Judgment August 15, 2014]:

“ Not only must the facts be true, but they must be truly stated. What this means is that a defendant cannot state facts which are true and omit other true facts if those omitted facts would have given a different impression had they been stated … .

The test, regarding whether the facts are true or the whole relevant facts were presented, is an objective test. The honest belief of the defendant that the facts are true is wholly irrelevant to this aspect of the case. Thus the starting point for an assessment of the defence of honest comment is whether facts stated are true; whether the facts are truly stated; and where the circumstances of the case raise the issue of omitted facts, then the assessment is whether the omitted facts would have altered the complexion of the true facts already stated. If this test is not passed, then the defence must necessarily fail.”

On June 8, at Nationwide News Network’s (NNN) request, I made one of my rare forays from Casa Tout to conduct a seminar on defamation for its reporters. Wignall, who sometimes hosts an NNN call-in show, wasn’t there. I relied heavily on the Matalon judgment. Maybe had he bothered to attend, he might’ve thought twice before jumping off this particular cliff.

Wignall began his news report (oops, sorry, ‘column’): “ Based on the conversations I have had and the documents seen … .” Was the defence or affidavit filed pursuant to the cited freezing order one such document? If not, did he ask to see either? The Gleaner’s July 5 report quoted extensively from Total’s “court filing”.

But why’d I expect even THAT minimum standard from someone whose departure from the Observer coincided with that newspaper publishing a front-page apology to Karl Samuda regarding one of his “opinion columns”?

Why’d I expect better from someone who writes a column beneficial to JLP then phones Seaga to demand a “guarantee of safety” as a precondition to publication? Well, I don’t. So why am I so whiny about it?

It’s because I do expect a modicum of concern for The Gleaner’s vulnerability to defamation claims from the company secretary whose identity is easily ascertainable.

All I can say to The Gleaner (and NNN) is, go with God. You’ll need Him/Her.