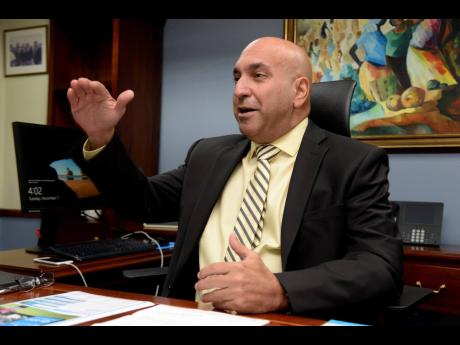 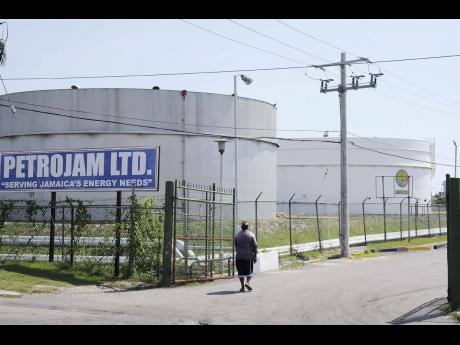 “Of the 55 refineries closed in America in the last 10 years, they were all closed for economic reasons ... .”

The Cabinet appointed the Petrojam Review Committee (PRC) on September 4, 2018. Its terms of reference (TORs) were to review:

1.“The current plans for upgrade of the refinery and assess them in relation to possible alternatives and against realistic options in respect of the future strategic path for the petroleum sector in the national interest, including considerations in relation to energy security.

3. The structure, corporate positioning and ownership of the refinery.

4. The existing institutional and management arrangements with a view to recommending systemic improvements in the interest of good governance.

5. Any other factors thought to be critical to the proper functioning and growth of Petrojam.”

The PRC, needing the assistance of a petroleum expert, “sought proposals from suitably qualified consultants to undertake a strategic review of Petrojam Limited, including the conduct of a business, financial and technical assessment of Petrojam’s operations, and to assess the viability of the refinery inclusive of its present operations and options for the future”. (PRC Page 6)

The PRC drafted the TORs for the Petrojam Review Consultancy and sought requests for proposals (RFP). In January 2019, the PRC retained the firm of Gaffney Cline and Associates (GCA) with the following terms of reference:

• “Examine and analyse the current plans for upgrade of the refinery and assess them in relation to possible alternatives and against realistic options in respect of the future strategic path for the petroleum sector in the national interest, including considerations in relation to energy security.

• “Assess the prudence and usefulness of the current governance structure and corporate positioning within the Petroleum Corporation of Jamaica (PCJ) group and the ownership of the refinery. The PRC guided the concentration of effort towards identifying opportunities and barriers for the participation of private entities in the refining and terminal operations currently operated by Petrojam.

• “Forecast the impact of oil prices, declining demand for traditional petroleum products, and other significant market factors on the medium- to long-term profitability of the national refinery.

• “Deconstruct the existing pricing approach and methodology used by Petrojam to sell its products and evaluate its usefulness and impact on the market that it serves.

• “Identify and discuss any and all factors encountered in the course of this exercise that are believed to be critical to the proper functioning and growth of Petrojam.”

Right from the beginning, the overriding considerations in drafting the TORs, both for the PRC and the consultants (GCA), were: a) the introduction of LNG that would replace heavy fuel oil for the power generation and its adverse impact on the refinery’s operations (shrinking demand for high sulphur fuel oil from Petrojam, threatening its market dominance and monopoly position); b) a change in the international marine fuel specifications (reduction in sulphur level from current 3.5 per cent to below 0.5 per cent by January 2020); and c) concerns for the financial viability of Petrojam.

The TORs for the consultants, therefore, were focused on the ‘proper and continued functioning of Petrojam refinery’ and its long-term ‘financial viability’.

Notwithstanding, if I stretch the intent of the first item on the TORs for the PRC, I could argue that the Cabinet Office did implicitly ask the PRC to provide an assessment of the ‘least-economic-cost supply option’. The PRC, however, did not specify this in its TORs for the consultants.I gather that during the negotiations, the consultants indicated that they could not render the ‘economic’ or ‘policy’ analyses, as they did not have the benefit of a base econometric GCE (computable general equilibrium) model.

By accepting the consultants’ position, the PRC expected that a government agency, possibly the Planning Institute of Jamaica (PIOJ), would help with such an analysis. To put it in layman’s terms, the CGE econometric models have recently been used as an aid by the trade negotiators to provide them with the policy impact analysis (PIA), or simulated welfare effects of trade policy shocks, resulting from international trade policy changes. The model has been extensively used in negotiations surrounding the Doha round of trade talks.

I am not sure of the basis of the conclusions that were provided to PRC by the PIOJ.

The PIOJ’s first conclusion is:

If the net present value (NPV) of the sweet extra light crude oil processing scenario was negative, as would be the case if we remove the proxy small refinery differential that at present is embedded in the price and is known as the custom administration fee – CAF (using 10 per cent discount rate), how would the contribution to the GDP be positive?

We need a little more insight into the PIOJ’s assumptions and economic analysis.

What is missing here is the least-economic-cost petroleum supply option, which would require a more comprehensive and robust analysis than was commissioned by the PRC.

I must acknowledge that the PRC “took the view, however, given the significantly higher operating and execution risks involved in refinery operations, that the differential risk profiles of refinery operations versus terminal-only operations should be taken into consideration during its deliberation and formulation of recommendations”. (PRC page 7)

The PRC further made a point that “there are important operational and execution risks with significant financial impact in operating the refinery”. (PRC page 24)

The opening paragraph of the PRC’s recommendations section reads:

“The committee’s analysis demonstrates that for Petrojam refinery to become commercially viable, its operating efficiencies must improve, the CAF fiscal regime must be maintained, and an investment (Xtra-Light scenario) of approximately US$78m must be made.” (PRC page 34)

Notwithstanding its rhetoric in the report, the committee’s focus is on the symptoms and not what ails the refinery.

In formulating its recommendations, the committee ignored the fact that it had, earlier in the report, noted:

“… That the refinery, as a separate business unit to the terminal, incurred losses of US$55m over the four-year period.” (PRC page 20)

The PRC also ignored its own conclusion that:

“… This CAF differential provides a significant tax incentive to refining over the importation of finished products and this CAF differential represents a major contributor to the economic viability of the refinery.” (PRC page 13-14).The PRC’s recommendations are primarily directed at addressing the management and operational problems; embarking on privatisation (we have been there!), oversight of the pricing mechanism, switching to sweet crude; and obtaining long-term supply contracts while finding markets for exportable surplus of low-sulphur fuel oil.

Oh, yes! A detailed feasibility study to improve the processing plant and changes to the board with an appropriate mix of expertise are also part of its recommendations!

Why are we afraid to say what is obvious? Shut down the refinery that has survived through life support provided by continuing price manipulations and hidden tax incentives.

We will continue with this analysis in the next column.