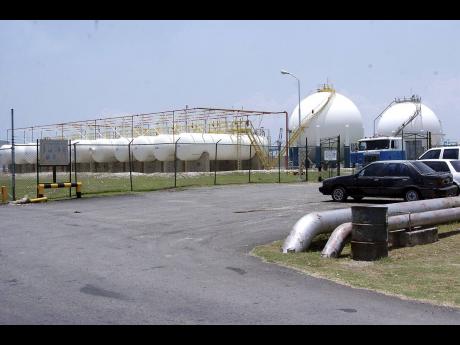 File
The Petrojam facility in Kingston.

“The PRC concluded that the existence of a local refinery operation is not essential to ensuring Jamaica’s energy security.”

Since the ownership of the refinery by the Government, the management of the Petroleum Corporation of Jamaica (PCJ) and the Petrojam refinery would have us all believe that a ‘national’ refinery is critical for the security of petroleum supplies to the Jamaican market and that it makes a net contribution to the national economy.

The analysis commissioned by the PRC shows that the “local refinery operations is not essential to securing Jamaica’s energy security”.

While the PRC extensively discusses this issue in its report, the committee does not translate it into its final recommendations to the Cabinet Office.

“The Petrojam refinery is of low complexity (simple refining). Worldwide petroleum refineries are increasingly becoming more complex and of larger scale to support higher levels of conversion of crude feedstocks to ‘light-clean’ products. In many cases, the refining capacity will be integrated to produce high-value petrochemicals rather than simple fuels. Refineries are increasingly being built in the Middle East, Asia, the Pacific and to a lesser extent, Africa and Russia.

“In contrast, a large number of refineries in the Caribbean and Central American region have shut down, and refinery production for the region is increasingly dominated by US Gulf Coast refineries exporting fuels to these regions.

“Additional refining capacity under construction worldwide is expected to result in the emergence of major exporters of petroleum products, particularly from the Middle East – Saudi Arabia – Europe, and the USA.

“The International Energy Agency estimates that these new additions far exceed the increase in demand for refined products. Plant closures might be necessary to rebalance the market; refineries with low capacity and complexity with high fuel costs will be the first affected …”. (GCA Report pp.19)” PRC pages 9 and 10.

In an earlier article published in the Sunday Gleaner (February 24, 2019 – ‘A myth: The Kingston refinery and security of petroleum supplies’) I had analysed and attempted to burst Petrojam’s myth of petroleum supply security with some global examples.

“Most of the refineries in the Caribbean have shut down as they were unable to compete with product imports. The cost of operating small refineries is large because of small capacities, lack of low-cost fuel (natural gas) as available in the USA. Larger refineries, oriented to export products primarily to the USA, have ceased operation: Aruba’s 235mbd [million barrels per day] refinery shut down in 2012; Curaçao’s 335mbd refinery has shut down as PDVSA was unable to continue sending crude to the refinery or provide the funds for operating the refinery expenses; and Trinidad’s Petrotrin 175mbd refinery was shut down in September 2018 on the back of years of poor financial results ... ” (GCA report page 20).

It is important to note that the refineries that have been shut down in the Caribbean had faced dire financial problems and were unable to compete with more efficient export refineries in the US Gulf Coast (USGC). The Kingston refinery is no exception to this situation and has been kept alive through artificial resuscitation by allowing excessive margins and tax incentives. The consumers continue to pay.

The Organization of Petroleum Exporting Countries (OPEC) in its recent analysis and projections on global refining, projects:

- “On an annual average basis, global demand growth from 2018–2023 is projected to average 1.2mb/d [million barrels/day]p.a.[on an annualised basis], whereas the requirement for incremental crude-based products, and hence crude runs, equates to 0.8mb/d p.a. The net result is for an outlook where incremental refinery output potential and incremental refinery product demand are closely in balance through 2019, but a gap progressively opens up, especially from 2021 onward. By 2023, the cumulative 7.4mb/d refinery production potential is 2.5mb/d in excess of the requirement.

- “The largest excess builds are expected to be in the US and Canada and Europe due to decreasing demand post-2020, and the Middle East, due to strong medium-term capacity additions. At the same time, some deficits are projected for Latin America and Asia-Pacific (excluding China) in 2023.” – The World Oil Outlook 2040, OPEC Secretariat September 2018.

Short-term projections are that in 2019-20, the global refining industry will add 3.5mb/d of new capacity.

The International Energy Agency (IEA) projects:“The United States to provide 70 per cent of the increase in global oil supply over the next five years, with Iraq, Brazil, Norway and Guyana other major contributors.” – IEA Oil 2019 Analysis and Forecast to 2024.

Within the context of the global and regional oil-supply scenarios and the refinery’s financial viability, the PRC argues that “the importance of the respective roles of the Petrojam refinery and terminal, respectively, were considered in the context of the security of Jamaica’s energy supply. The terminal can exist and operate independently of the refinery solely on imports of finished petroleum products in supplying Jamaica’s energy needs. In their international petroleum market overview, the GCA also opined that adequate supplies of finished product would be available should a decision be taken to cease refining in Jamaica.” (PRC page 13).

“It is possible to shutdown the refinery and operate only the terminal. This does not compromise energy security as there is a wide variety of sources of finished petroleum products that the country can secure and continue to import at competitive prices. In this scenario, the refinery is shut-down and all required products are imported.” (PRC page 28)

“The CAF differential is the result of a policy set by GOJ [Government of Jamaica] to encourage the operation of the refinery and significantly contributes to the refinery’s continued viability. The GCA’s experience is that this sort of incentive is created by governments to encourage local industries. In some countries, these incentives have a time limit in order to allow for investors to invest in the assets or improve operations so they become profitable without the need for incentives. In others, they seem to become structural to the business viability.” (PRC page 23)

The non-bauxite sector imports have averaged at 17.7mb/a. The marketing companies’ share averaged at 1.9mb/a. Imports by the Kingston refinery, therefore averaged at 15.9mb/a (refinery feed-stock and refined products).

The Kingston refinery thus accounted for 92.3 per cent of the non-bauxite petroleum imports. The interesting part is that of the 15.9mb/a of the refinery’s imports, crude oil only accounted for about 49 per cent. The refinery, on the average, imported 8.1mb/a of fully refined products. The processing unit’s average utilization factor was around 60 per cent.

Notwithstanding the analysis rendered and conclusions arrived by the GCA, the PRC has not articulated “the future strategic path for the petroleum sector in the national interest” in its recommendations that shutting down the Kingston refinery and converting a PCJ or privately owned common carrier terminal would serve the country’s best interest.

Burying this conclusion in the body of the report does not serve the ‘national interest’ as the politician normally prefers to read short narrative, mainly recommendations, and hates to waste time in reading lengthy reports.

In the next column, I will review the refinery pricing structure and the embedded creative margins and how they impact the ultimate consumer prices.

- Zia Mian, a retired senior World Bank official and former director general of the OUR, is an international consultant on energy and information technology. He writes on issues of national, regional, and international interest. Send your comments to mianzia@hotmail.com and columns@gleanerjm.com.