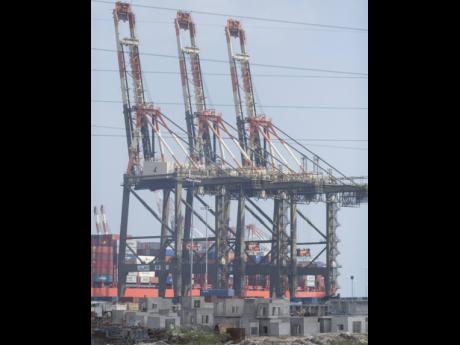 In Part I of this article, I introduced this concept and listed four scenarios of how to make money from Jamaica’s SEZ development, in Part II I explored two of these scenarios, and now in Part III I plan to close the loop.

These scenarios, if you will, are case studies in how to make money from SEZ – geographically designated purpose-built areas used to attract foreign and local investment and typically have trade laws that are applied differently from the rest of the country. While Jamaica’s SEZ’s fiscal benefits are very attractive, e.g. O per cent corporate income tax (CIT) to develop and operate a SEZ with occupants or 12.5 per cent CIT for occupants to carry out their business in a SEZ, they are not for everyone. The real benefits, as I have said before, of SEZs in Jamaica are not fiscal. Rather, they are operational.

The greatest beneficiaries of special economic zones in Jamaica will be Jamaica.

This is a bold statement, but one that I am not only unafraid to make but very proud to speak boldly to given my contribution to Jamaica’s SEZ framework.

But there is a catch.

We must take the bold actions. These benefits will only be realised when we, namely our business class, seize the day, as I explained in Part II of this article. This important caveat is where the rubber meets the road for SEZs in Jamaica.

It has to be acknowledged that we live in a globalised world with a fragmented production and distribution system. In the modern world of global trade, global supply chains, global value chains, the order of the day is multiple countries are involved in the production and distribution of any given product that is sold globally, or for that matter locally. For Jamaican businesses, seizing the day includes taking action to rebalance their balance sheets by using the SEZ regime as a ­mechanism to plug deeper and wider into the global supply chains. In short, participating in the current transformation under way of Jamaica into a logistics-centred economy.

Rebalancing the balance sheet involves not just changing the way we do business in Jamaica, but changing the very nature of business in Jamaica. The SEZs offer Jamaican businesses, if they recognise and act on the opportunities, a means to increase their competitiveness, efficiency, and productivity. If used correctly, the SEZ could change the cost of their inventory and capital equipment; the use and cost of their infrastructure; the nature of manufacturing by moving them up the value chain; the landscape of business opportunity by ­blurring the lines between goods and services through goods as services and services as goods; and so much more.

However, it must always be remembered that the SEZs are much more than mere incentive packages. Understanding this is critical to clearing a path to substantial profits. The following four scenarios tell a very compelling story of just that. Please note that these scenarios are by no means the only way that money can be made from the SEZs in Jamaica:

1. The opportunity to participate and supply new business ecosystems, for example, the business process outsourcing (BPO).

2. Benefiting from the inventory and infrastructure cost savings from postponement opportunities that the SEZs present, with the advent of third and fourth party logistics providers.

3. The cost saving represented by bringing your existing suppliers closer to you for existing manufacturers.

As the first two scenarios were dealt with in Part II of this article, I with only deal with the final two here.

The third scenario in many ways builds on the second but goes beyond it. Let us take, for example, a producer of any of our world-famous brands, Cool Coffee Limited (CCL) who would be directly prohibited from being a SEZ by virtue of Section 7 (2) of the SEZ Act. This section of the law prohibits existing businesses from re-­establishing themselves, for a 10-year period, starting from August 1, 2016. This may appear very restrictive, but it was put in place to protect Jamaica’s existing tax base from being eroded and was an explicit condition of the IMF in order to have the SEZs pass muster.

CCL, however, could ­incorporate a separate company though not to carry out any of its existing operations, as that would be seen as re-­establishment and prohibited under Section 7(2). Rather it could, with its second company be a SEZ developer, in effect a landlord, which would invite any and all of their several overseas suppliers, and others, to locate much closer to them in a SEZ, right here in Jamaica. This would be a double win for CCL and a win for its suppliers.

CCL would lower its shipping or freight costs, in logistics speak moving from CIF and FOB to ex-works, that is to say, their supplies would no longer be directly imported by them. Rather it would shift to being a local pickup or delivery. The second win for CCL, other than creating another lucrative revenue stream by being a developer, would be to shift their inventory strategy to one of just in time, which would increase cash flow and provide greater predictability and better planning. For the suppliers, this would mean shifting production or distribution to Jamaica, where they can take advantage of the SEZs fiscal benefits listed above, as well as Jamaica’s increasing regional and global shipping connectivity and economies of scale derived from being closer to their markets.

Moving up the value chain into new business

For the final scenario, let us take a local distributor who, similar to the last scenario, would be an existing business prohibited from enjoying the SEZ fiscal incentives. However, if this distributor were to incorporate a separate company that new company, provided it is not doing any of the prohibited activities listed in the act under Section 41(1), such as retailing or tourism, or doing the same or similar activities as the parent company, then it stands a great chance of qualifying for SEZ status.

Let me illustrate with an ­example. If you were a local and/or regional distributor of cell phones, and if you incorporated a second company for the purposes of manufacturing those phones here in Jamaica, then this ­company, having moved up the value chain into a whole new type of operation, would be a good candidate to apply for and to obtain SEZ status. This new company, by being a supplier to its parent company and others locally and regionally, would facilitate the parent company enjoying both the benefits of postponement (scenario 2) and bringing your supplier closer (scenario 3).

However, a word of caution. The arrangement between the parent company and its subsidiary must be at arm’s length and must be in accordance with the transfer pricing rules established by Tax Administration Jamaica.

In my next article, I will further explore this point of existing businesses incorporating a separate company for the purposes of entering the SEZ.