Mark Ricketts | We little but we are so mighty 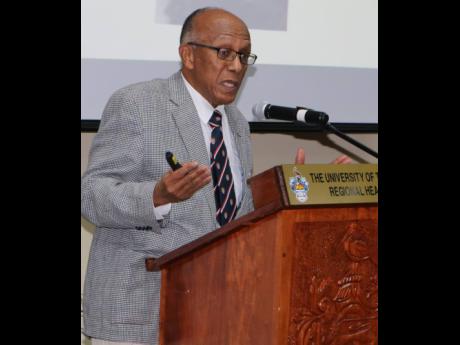 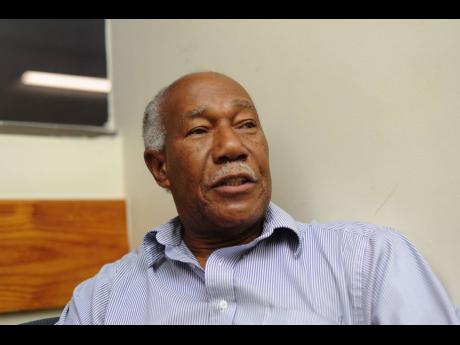 I know I am a lone voice crying in the wilderness wondering if in the next 200 years we will still be attributing our problems and paradoxes to slavery and the plantation system.

To maintain this indulgence allows us to excuse our politicians from misguided and misdirected policies and make us treat our independence as a contrived veil that doomed us to failure from the outset.

It is as if our leaders are helpless and both our private and public sectors are entrapped by policies, institutions, and a plantation system – a carry-over from slavery and imperialism – that doom us to economic failure.

One thing we succeed at: we can scale heights of global excellence to be the best there is, while simultaneously being so destructive, to be the worst there is. It is a paradox so extreme and far out that it is uniquely ascribed to Jamaica and Jamaicans.

“We little but we are so mighty” is the translation Harvard Professor and Jamaica-born Orlando Patterson offers to foreigners in explaining our comforting phrase that lifts our self-esteem, “we lickle but we tallawah”.

In his recent book, The Confounding Island: Jamaica and the Post Colonial Predicament, published by Ian Randle Publishers, Patterson, a historical sociologist, underscores the paradox that is Jamaica.

Undoubtedly, Jamaicans would agree as they live it daily.

With over 1,600 churches, Jamaica has more churches per square mile than most countries. He adds, “with the fire and brimstone sermons of its fundamentalist preachers, then there is little doubt that Jamaicans are in serious fear of God and, even more, Satan.”

Reinforcing his position in a recent lecture at the University of the West Indies (UWI) on ‘The Confounding Island’, Patterson points out that the country has even produced a global religion, Rastafarianism, with its soothing motto of peace and love.

“Yet Jamaica is one of the most violent, reckless, and downright sinful of nations, at one time having the highest homicide rate in the world and for most of this century remaining firmly in the top 10 murderous places,” he states.

To remind readers, as of November 30, murders, as against last year, are up two per cent, reaching 1,309, and acquisitory crimes, including burglaries, are up 4.6 per cent.

The country produces the fastest runners, “nevertheless Jamaicans are notorious for being among the slowest people to show up for an appointment, indeed, they take pride in their tardiness with the telling expression, soon come”.

Bloomberg has highlighted Jamaica’s “little stock market as the best performing in the world and in 2018 Global Banking and Finance called the island the best place to start a business,” yet Jamaica has experienced low to negative growth rates for decades.

Seemingly perplexed, Patterson writes, “There are few places on earth like Jamaica. A little island, it has a larger global profile than countries hundreds of times its size; at times celebrated for the spectacular performances of its stars and the worldwide impact of its cultural creations, it is often condemned for the depravity of its gangsters and racketeers and the failure of its economy. In global comparisons, the country has an unnerving way of ending up within either the best or the worst group of countries.”

Why? Challenging his earlier conclusions when he was a young researcher and author of The Sociology of Slavery, he now concludes that 183 years of British plantation slavery (1655-1838), as well as what happened in the colonial period, both before and after slavery, is crucial in understanding the post-colonial predicament of this confounding island.

Explaining how modern history began and emerged in Jamaica, the sociologist says, “it is a past drenched in blood, like no other place on earth, marked by the swift genocide of the Tainos by the Spanish; then the slow-motion genocide of the Africans by the British, which may have been the most brutal in the abominable annals of slavery.”

Continuing he opines, “the economic and physical savagery of the British took an unspeakable toll on the slave population. But the Jamaican slave population did not take it passively and the level of resistance was perhaps unparalleled in the history of slavery.”

WILL WE EVER HOLD OURSELVES ACCOUNTABLE?

Based on his findings, our behaviour is still influenced by the horrors of slavery, the damaging and long-lasting effects of the plantation system, and other structural forces that explain why Jamaica has trailed Barbados on the path to sustained growth – something worth examining in my next column.

For now, my question is: will we ever hold ourselves accountable?

Are our leaders in the post-independence period bad decision makers, or is it a carry-over of the plantation system why they set up a cruel mosaic of garrisons, imported guns to arm supporters, and created warring zones and tribes while affiliating themselves with dons and gangs to wreak havoc in the country?

At independence, we had one of the lowest homicide rates in the world. Following the formal introduction and acceleration of garrisons and tribal warfare in the ’60s and ’70s, and a destructive and divisive attempt at a social revolution in the 70’s, it has been downhill ever since, with our currency declining from being close to par with the US to JM$135 equalling US$1 currently, and murders unabated as I write.

The late Professor Carl Stone reminded us that, “in the period leading up to Independence, Jamaica’s growth rate was among the highest in the Third World. In contrast, between 1973 and 1978, we were the only country in the Western Hemisphere to experience consistently negative growth.”

Our trade union-busting approach in imposing levies on bauxite companies and squandering billions on pipe dreams, including an ideology tied to controlling the commanding heights of the economy, resulted in waste and the better mining companies exiting.

Professor Patterson says our problem in the ’70s was “an inability to follow through with the numerous projects we instituted, some of them half-baked, nearly all lacking capable leadership. The tragedy of radical change is that you can’t implement it without able managers; but such reform, accompanied by reckless revolutionary rhetoric, is exactly what is guaranteed to send bureaucrats and managers fleeing.”

Or what of the ’90s with FINSAC, when usurious interest rates were imposed, hoping to rescue our dollar, which couldn’t be saved, as bad policies led to more devaluation. Many lives were affected, many businesses destroyed.

The terrible endings of these policies were forecast; our leaders implemented the policies anyway.

“The fault, dear Brutus, lies in ourselves.”