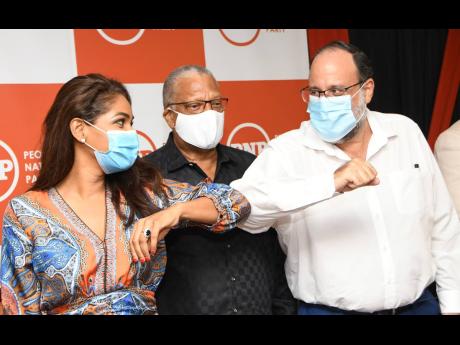 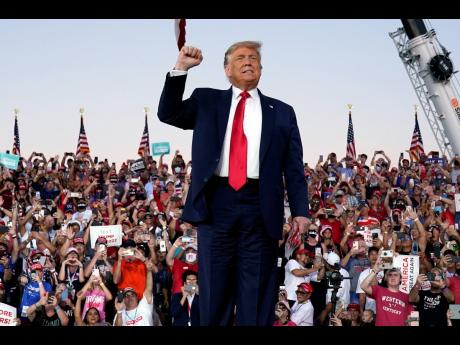 The ideal place for any political aspirant to be, that is if he or she is aiming directly at the party leadership, is having good numbers in opinion polls and popularity among party delegates.

The first is a potential measurement of what one is worth in taking the party to the big one - a win in a general election. One needs the delegates at just the right time if one wants to be seen as a potential aspirant for prime minister.

It must be said that delegates, like all political diehards, have as their first loyalty the party. Then they express a scone loyalty to whichever faction strikes their fancy. A Don Anderson poll conducted to coincide with the kick-off of the People’s National Party (PNP) presidential race had somehow used a sub-sample to gain a snapshot of the aspirants’ popularity, and Lisa Hanna was seen as the one preferred to Mark Golding.

This was to me not surprising as Hanna was seen as more of an activist PNP politician than Golding. Now that a date has been settled on and the contestants have lined up for another internal race in the PNP, let us hope for that party’s sake that this is not indicative of the PNP’s mode over the next 10 years.

Some early cracks have shown up in the Hanna camp, just at the time as Golding is reaching out to all the factions in the PNP and is already reaping rewards.

Now, how can the Hanna team speak of mending old wounds inside the PNP? If the lady cannot solve two plus one, how is she going to handle force being equal to mass times acceleration?

SOME PARENTS ARE LAZY

For a fairly long time after the arrival of Digicel in Jamaica, the main telecoms metric that was cited about Jamaica was its cellphone penetration per capita, which saw us as having more phones than people.

At some stage, it moved to broadband penetration but as long as both telecom companies continued to make money it would not trouble any of the policymakers if Miss Cassie and her daughters from Wheeling Hole only got Internet when they travelled to the nearest small town.

Now that COVID-19 has shown up the need for long distance or remote teaching, it has also revealed that many parents, especially single mothers, are not ready to deal with it, even if they have Internet.

I heard this conversation last Wednesday.

Woman One: “Mi caan bodder wid dis Internet ting. All dem (the schools) haffi do is call in the pickney dem like a group a 10 or 20 and gi dem the lesson at school. Den dem call annoder group. Mi can’t bodder wid it yaw.”

A 40-year-old teacher at a primary school told me recently that: “ Nuff a wi is babysitting wi do. The parents send them to us in normal times and they expect us to fix their children, something that we would reasonably expect the homes to do. But yu hardly see any males show up at PTA meetings. Now with COVID-19, many of these same, lame parents want us to solve their abuse of the Internet instead of seeing it as the future for their children.”

I can appreciate that these are tough times and people will push back. Many parents would rather push meaningless ‘forwards’ instead of getting involved in their children’s education in COVID-19 times, which, by the way, may be here with us well past mid 2021.

I expect Donald Trump to lose badly in November, but I said that the last time out in 2016. Why I expect him to really bite the dust this time is that significant blocs of Obama 2012 voters who turned out for Trump in 2016 have sat at the feet of the beast and have felt the trampling and the kicking.

Some of them can’t wait to ditch him. And after that is over and Biden and his team will attempt a repair job of no mean order, many will ask the question. “How is it that someone pushed his way onto the front page of American history and so did global motions of alliances and made the world less safe for our grandchildren?”

We need to bear in mind that many political watchers were always of the view that ‘the system’ would survive Trump, but how was it that he made the system work for him? Simple, Trump knew the Grand Old Party (GOP) and saw that its message of low spending, less taxes, less of the welfare state and more social conservatism had long moved to raw power and open corruption. So as Trump gutted the system by stacking it with swamp creatures, the GOP, especially those in the powerful Senate, used that reality to go off on their own greedy grabs for more power.

They gave him their enabling power and he handed them the right to use the people by governing in a blight of lies and misinformation.