Oluwadamilola Ajayi | COVID-19 pandemic: The chronicles of the grieving nations 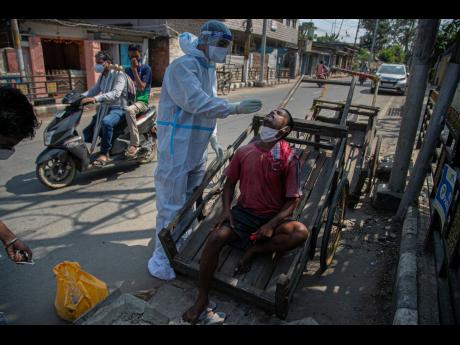 AP
A health worker takes a nasal swab sample on a cartpuller during random testing for COVID-19 in a market in Gauhati, India, Friday, October 16, 2020. The Health Ministry on Friday also reported 63,371 new cases in the past 24 hours, raising India’s total to more than 7.3 million, second in the world behind the United States. 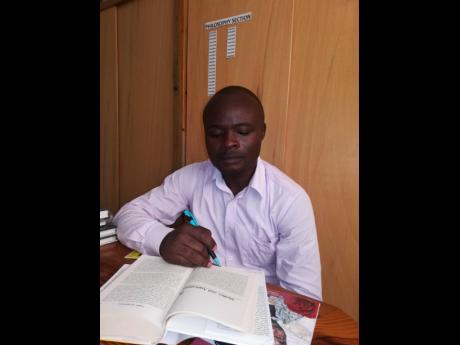 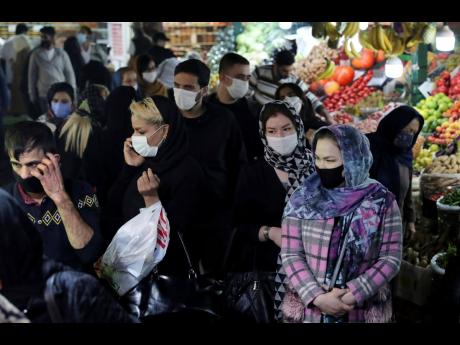 AP
People wear protective face masks to help prevent the spread of the coronavirus in the Tajrish traditional bazaar in northern Tehran, Iran, Thursday, October 15, 2020. Eight months after the pandemic first stormed Iran, pummelling its already weakened economy and sickening officials at the highest levels of its government, authorities appear just as helpless to prevent its spread.
1
2
3

Bill Gates warned governments about the need to prepare for the next Public-Health Emergency of International Concern (PHEIC), but he was ignored. Now, the world has been thrown into chaos and filled with all levels of uncertainties. Nobody would ever have imagined there would be world-wide coordinated restrictions, affecting almost everyone. From restriction of movements, academic offerings disruption, to loss of livelihoods, and ultimately, deaths, we have all been affected by the COVID-19 pandemic. The coping mechanisms of the grieving nations have been intriguing.

Coronavirus mainly disrupts the respiratory system, causing difficulty in breathing for the symptomatic patients, and it has been reported to have affected almost all other systems of the body. While there have been significant numbers of recoveries, people still continually get infected, and grieving is now an ongoing process. Grief is a response to loss, especially the loss of a loved one. However, this is more of definition for individual persons. Interestingly, we shall explore the definition by applying it to governments and people in their COVID-19 responses while we engage the popular Kubler Ross five stages of grief – denial, anger, bargaining, depression, and acceptance/hope – to explain need for proactive preparations for public-health emergencies.

First, it was initially a great denial by many governments that there could be a virus transmission that would disrupt their economy. Hence, they kept allowing travellers from countries that reported cases of COVID-19 from all over the world without proper medical screening at their borders. While some governments thought it was the ‘China Virus’, others downplayed the potency of the virus transmission. For instance, Business Insider reported the recommendation of ‘herd immunity’ by Boris Johnson, which holds that people could develop natural protection from the virus once the majority of them get infected.

Second, there came the anger, which was expressed in two different forms: first is the travel bans that were placed by governments with no or less infection rates; second includes multifaceted annoyance from government to citizens by not staying indoors and observing recommended preventative measures and from the citizens to citizens by fear of infection and stigmatisation of health workers. For instance, the Amnesty International reported that Philippine president Dutetre issued a “shoot and kill” order. Another example is when the taxi drivers initially refused to convey the nurses in Kingston, Jamaica, until government intervention.

Third, this is the phase when governments attempt to negotiate their dealings with the reality of COVID-19. After public backlash about late closure of borders in many countries, which allowed many infected persons to enter their cities, they needed to combat the raging virus through public orientation, provision of personal protective equipment, and ventilators. The mask-wearing directives were followed by citizens, but the efficiency of different types of masks was questioned.

Fourth, this stage is critical as governments need to work to ensure that the economy keeps running and does not collapse or slip into recession while the countries are on lockdown. Many leaders of governments thought lockdown would help mitigate the spread of the virus quickly but realised that it was not good or sustainable for the economy. Hence, interventions were given to businesses and individuals in the form of stimulus packages. However, it is pertinent to note that while rich nations’ leaders were depressed about the financial woes they suffered, or may suffer, and the increasing need to give out stimulus check grants to help citizens, there were poor nations whose leaders had less or nothing to assist their citizens. For instance, the International Commission of Jurists reported that India is on the brink of hunger crisis during the COVID-19 pandemic.

Fifth, here, governments and people accept the reality that they have to live with the virus until reliable vaccines are produced. On one hand, the government leaders realised that the total containment effort of the virus was highly impossible and that they could not continue giving financial assistance to non-functioning businesses, non-essential workers, and unemployed citizens. Hence, there was the need to reopen the economy. On the other hand, some citizens who wanted to go back to work downplayed the potency and risk of contracting the virus, and they protested that the economy be reopened.

Denial is often preceded by doubt even in the face of the emerging reality of the existence of the coronavirus. We may agree that it is part of the human disposition to be sceptical about things that are not immediately seen. This denial has caused continuous familial grieving among Jamaicans now that the borders are opened to sustain the economy. The sceptical approach ought not to be applied by individuals and governments in this contemporary world where events are displayed on televisions, and COVID-19 information could be accessed and assessed on credible sites online. Government leaders are, therefore, advised to keep abreast of the latest management and therapy for the infection.

- Oluwadamilola Ajayi is a lecturer of philosophy in the Department of Language, Linguistics, and Philosophy, Faculty of Humanities and Education, UWI, Mona. Send feedback to fhe@uwimona.edu.jm.