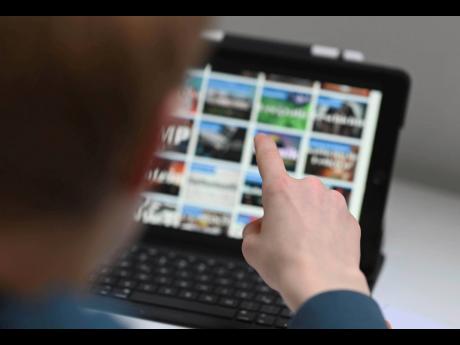 One of the biggest hindrances to Jamaica’s real growth and its ability to move forward is the dependence on the volatile sectors of tourism and remittance. That makes the country vulnerable to external, and health shocks, which a pandemic such as COVID-19 can create and, indeed, has created.

COVID-19 has killed more than 300 people in Jamaica already and it has our tourism product, the main lifeline of the economy, in an uncomfortable grip.

Media reports early 2020 indicated that the sector earned between US$3.7 billion and US$3.8 billion, in 2019, some US$500 million more than in 2018. But by May of 2020, the country report on Jamaica released by the International Monetary Fund said that foreign exchange inflows for Jamaica from tourism activity was projected to fall to US$995 million post-COVID.

Our tiny country has suffered one too many economic shocks aided and abetted by our tunnel-vision approach to growing the economy and I think it’s time for us to propel the discussion around diversification.

Not the diversifications that we have become used to verbalising without putting them into effect. Government or huge companies do not drive this, though it has their direct input. It is a diversification where the workers who are not risk averse chart their own employment model which usually consists of holding down more than one job at a time.

These are temporary, part-time, freelance workers or independent contractors in industries that are facilitated mostly by digital platforms but also include sectors that do not enable remote access. The jobs are usually time-bound, some of them lasting for a couple of weeks only. They could last for three months or go up to a year. This kind of engagement is referred to as a gig economy or more formally, a multi-income economy and although it is the individual who is designing his own employment path, there is a win-win situation for the worker and the broader economy.

The gig economy is fully established in countries such as the United States, Australia and some of those in Europe. An article in Forbes in March 2020 said that more than one third of American employees participate in the gig economy full time or part time.

I believe that we should have a discussion around the efficacy and the pros and cons of a gig economy for Jamaica, where the activities of freelance and part-time workers in a few industries already bear some semblance of this kind of arrangement between workers and employers. And I believe further that our education system can catalyse such a reality in our country for the future.

The majority of the citizenry already pass through a formal system of learning, therefore formalising this philosophy as a national goal, and integrating that thinking into the educational experience will go a far way to boosting the chances of its success. At the teacher training institutions, we will then be equipping our student teachers to go out and prepare the nation’s young to actively and successfully participate in a world that will look very different from the one we know now and the one we have known for the last 50 years. Some subjects, such as office procedures, principles of business or even management of business, for example, could see marked changes to the content. Further, we may have to introduce other subjects, such as principles of a multi-income economy (alongside principles of business) or modify topics in existing subjects such as social studies or even the career planning content the guidance and counselling departments undertake in secondary schools.

This way of thinking will force us to look at the possibilities that are out there for the worker, the company and, by extension, the national purse. A gig economy where individuals are earning more from a combination of part-time jobs could take the weight off the traditional sectors on which we have leaned over the years, like a nation of incapacitated invalids, willing them to bring in more, without even trying to think outside of the box and doing things differently.

So let us advance the discussion right here. The worker holding down two to three jobs can earn more than the worker in the traditional workforce. He enjoys more flexibility, setting his own work schedules and often, working from home, which the COVID pandemic is demonstrating as the new norm globally. The beauty of the gig economy is that your market does not have to be local. It can be international as well. For example, a qualified and capable individual could offer a course in pedagogy here in Jamaica that has served us so well in training teachers. Someone in New York who knows that Jamaican teachers are good may want to join the class and do the programme. In fact, the person could end up with 25 prospective teachers out of New York or from across the world logging into the system. They pay their fee through credit card and the system allows them in. Also, there are online platform where Jamaican teachers of English can teach the language to students in other countries, for whom English would become a second or third language.

Writers could hold part-time jobs in different locations too. Their market is not limited to Jamaica. In a gig economy one can engage technology, one can employ people while being in ‘different places’ at the same time.

Another good example of a sector that can benefit by this arrangement is entertainment. Let’s look at the inroads that the sound system could make into this parallel but supporting economy. Stone Love, for example, may advertise an event in Miami, in New York and in Jamaica the same weekend. What they have done is, instead of having just one system, they have three, with three or four selectors. Instead of earning from one location they are earning from three.

The gig economy makes allowance for persons in the transport sector, for those in the service industry, in construction and a worker may well be in the traditional nine to five office job but will take on a part-time job in another field to her liking. In fact, this is a feature of the gig economy, the worker chooses what suits them rather than having to take the first thing that is available, even if they hate it.

Reports out of the United States say companies have a pool of talent to choose from and that they tend towards hiring independent contractors and freelancers instead of full-time employees. That is understandable since the spending on certain overheads can be reduced significantly. Utilities, for example, are reduced. They can save from a host of other expenses associated with having full-time employees that they no longer carry.

It may seem that I am making a case for a serious gig economy in Jamaica. Maybe I am but the gig economy is not for everyone. So, who is it not for? Definitely not for the super conservative who wants security in a steady job environment. But that person had better be careful because the world is not in that mode any more. The world is moving towards a high-risk environment and things that were seen as high risk at one point, may no longer be high risk because that is what the market demands. The entrepreneurial activities that make more money around the world are risky. The gig economy does not provide the security net but those that are secure tend to be low risk and give low returns.

There are arguments about worker vulnerability, the absence of benefits that the full-time job offers and a strong fear that the worker in this setting will not be getting a pension through any of the organisations to which he is offering his service and skills. And strike out union representation too. The gig workers are on their own, left to the mercy of the bosses in the organisations. One writer said the gig economy undermines the traditional economy of full-time workers who rarely change positions and instead focus on a lifetime career. But maybe we can reimagine new worker protection policies that safeguard these engagements in an equitable manner so that employer and employee benefit. Surely at The Mico, where we help shape the workforce, and its concomitant conditions, we stand ready to participate, fully, in such discussions and to work to make this a reality.

Clearly, all of the above require careful thought when opting for full-time job or the gig economy. However, a man in the traditional work setting who is going to retire at 65, with a pension, could find that that pension is of no use to him. He has chosen something that is secure but offers low returns which inflation could wipe out over time. He could have chosen something that is risky and more dynamic but one through which he could have earned more. The smart worker in the gig economy will find a formula that works for him. The model could resemble an economic graph that climbs at some point and may decline a bit at another point. This smart worker will know that he must invest, when the graph climbs, in an instrument that will provide him with that safety net. He is creating his own pensions. He is securing his own future. The Stone Love example that I gave earlier, where three moneymaking events were taking place at three separate locations - here and abroad, the earnings from one of those events could be invested somewhere. That’s securing the future.

Again, I point to the case for our legislators to consider appropriate policies that will support such an economy to thrive. Such policies must, surely, impact our education systems, where those ideals are taught and enabled at the critical stages of learning and instruction to bring about the development of a multi-income economy that is systemically designed and supported by all stakeholders.

COVID-19 compelled us to rethink much of what we knew and were doing. As we continue our resilience in the face of this plight, I urge all concerned to consider how we could reset our education system and reshape it into supercharged thrusters for our economic fortunes. I posit that using it to help enable the gig economy is one such investment that will reap meaningful rewards.