Mark Wignall | Please help me save my son 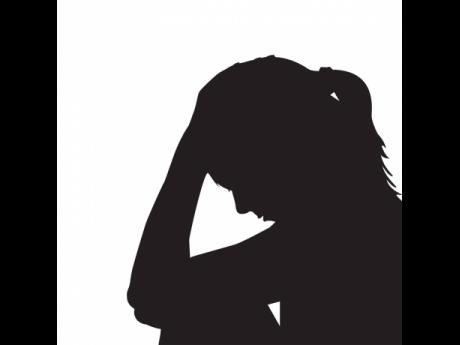 When we spoke last week, the tragedy and the horrors poured out as *Phyllis told me of the many times she was raped as a child and adolescent, battered, bruised and meant to feel like she was worth less that fowl droppings.

Now in her early 50s, I am most amazed that throughout her life spent trapped in a horror movie, she still finds a moment to smile and even laugh a little. “A don’t know how a mek it so far. Now mi son is 19 wid him five CXC and two CAPE. But frustration and just a lack of opportunity may mek him mind stray and go in di wrong direction,” she said.

When Phyllis was one-year-old in 1967, she was abandoned by her mother (she assumes) at a spot on Heywood Street in a gritty part of downtown Kingston. “They told me I was with a five-year-old girl who said her mother told her she had gone to the bank and would soon return.” That was it and there was no return.

As she retells the circumstances, one vendor who could not bear children decided to officially adopt her and gave her a surname. And she would get to call her mommy.”It sound hard, but the very woman who took me in, turned out to be one of the worst abusers in my life.”

She gently takes my left hand and asks me to run it though her scalp, sections of her upper back. It is all horridly scarred. She shows me one of her hands. One finger is bent at a strange angle and overlaps another. She tells me that that was the result of her mother applying ‘the only discipline she knew.’

“I was mostly on my own, going to school when she felt like sending me. From a was 10, the boys in the area started harassing me and raping mi. Because of that, when I became a grown woman, I prayed that if I should have a child let it be a girl because I hated boys.”

“I was sent to basic school, but after that I was on my own. At 14, I got an evening job at a wholesale in Cross Roads. I used the money to send myself to all-age school but because I couldn’t find the additional money, I did not get to take any final exams.”

After that, it was just working at one wholesale after another. “I once tricked the people and fooled them up that I was trained at HEART and got a job at free zone. Then my mother died in 1994, and I buried her. Four years later, her mother’s sister died and along with assistance from the church, I buried her too.

I wanted to grow up fast, thinking that things would get much better. At the very least it would stop the boys in my community from holding me down, raping me and warning me never to make any contact with the police.”

At times in her adult life, she felt that a man beating her was nothing more than a cultural expectation. “I was close to folding up, and just lie down and die.”

At 35, she got pregnant for the first and only time. “*Jeff is now 19 and him really go through it.”

Phyllis tells me that even though Jeff’s father was a poor provider, he really did have a connection with his son. ‘When him was 10 gunman kill Jeff father. Di father never mix up in anything. Him was just at the wrong place at the wrong time.

“Jeff went to St Richards then on to Ardenne. He always reading and his general marks in school was always 85 per cent and more. After his father was killed, he would repeatedly remind me that he would one days avenge that death.”

Phyllis said his marks went down into the 60 per cent range. “I can remember coming home one day and almost everything in the living room that could be cut, Jeff shredded them apart with a pair of scissors. I rushed towards him and hugged him and told him I loved him and would always be there for him. Both of us just cried and cried.”

Phyllis, who presently has no job courtesy of COVID-19, tells me that at many stages when her son was attending school and things were really tough on them, she got no assistance from PATH. “They kept on telling me that I am working and I only have one child. Even some of the teachers attempted to help, but PATH had its strict rules. I had a job but everything in my life was just all about minimum wage.”

No matter the poorness of her material situation, the boy was always reading. “There were many days, especially when he was in sixth form at Ardenne that I would send him off to school with just a little bush tea for his breakfast and $200 to buy lunch.

“When he came home in the evening, he carried back home a book and the money, saying, ‘Mommy a know you don’t have anything to cook but si what this can do.’ He just had this kind heart.”

Last Thursday just before I met with Jeff and spoke with him, I was expecting to see a young man broken in spirit and on the verge of giving up on life. Absolutely no such thing. “I have learned that problems in life are there to be solved, to be overcome,” he said.

“As you know, I live in a crime-infested garrison area. I know that life does not dish out to you all that you want so I should be realistic in my expectations. But that will not stop me from fighting for what I want,” he said.

“My mother has it hard, real hard. The first thing I want to do is pay her back. I want to study journalism. Most of my life, especially through the really rough times, that has been my focus. But first I have to secure funding to get that done. Roadblocks are in the way. It’s another problem to be solved. I am not ashamed to tell you that I need assistance.”

* Note: Phyllis and Jeff are not their real names.