Trevor Munroe | CPI 2020: Jamaica needs to get to the pass mark 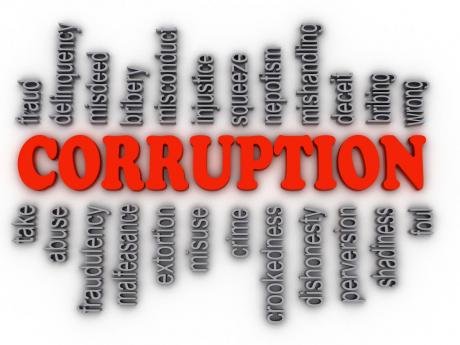 The release of the Corruption Perceptions Index (CPI) 2020 results comes at a time of unprecedented crises for the Jamaican people as well as for countries around the world. We face the crisis of the COVID-19 pandemic, an economic downturn that has most of us struggling to make two ends meet, and a spate of violent crime and savage murders. The CPI 2020 results, therefore, come at a time when every Jamaican needs to do all in his or her power to make sure that every single dollar of public money is well spent, properly accounted for and not going down the drain because of corrupt or irresponsible conduct.

Just think how much more we could do to improve conditions in our schools and hospitals, for our teachers, health workers, and the security forces, for our pensioners, and for providing opportunity to youth in marginalised communities were we to come together to cut some of the $95 billion (estimated) lost or stolen by the corrupt and organised criminals each year.

In Jamaica’s case, the CPI – over the years – has placed our country among the two-thirds of countries in the world who score under 50, where 100 is the least corrupt and 0 is the most corrupt. At the same time, our country has uniformly ranked in the bottom half of states measured. Truthfully, we have moved marginally up and marginally down over the years but have remained in the absolutely unsatisfactory situation of being among the most corrupt, especially at a time when we need to make sure that every dollar counts. We continued to tread water beneath the surface of integrity. Hence, CPI 2018 saw us stagnant at score 44; CPI 2019 showed slippage to 43; and now, CPI 2020 has Jamaica’s score marginally improved to 44, with 68 countries performing better than us, including comparable CARICOM states – such as Barbados, Bahamas, St Vincent and the Grenadines, St Lucia, Dominica, Grenada – which all score above 50. Indeed, in the Caribbean, only Trinidad & Tobago, Guyana, and Haiti score less than we do.

As has been the case in previous years, there were some significant positives, but these in large measure were cancelled by negative developments during the year. Among the pluses were:

1. The relatively transparent administration of the COVID-19 relief package despite some inadequacies noted by the auditor general.

2. The reaffirmation of the independence of our judiciary and their co-equal status with the legislature and the executive in the Supreme Court ruling that detentions under the states of emergency constituted an “egregious overstepping of the bounds of the powers of the executive”.

3. The trial and convictions of a number of Manchester Municipal Corporation officers in one of the most significant corruption trials within recent years.

4. The resignation of the mayor of St Ann’s Bay arising from public pressure relating to credible corruption allegations.

5. The unprecedented Consensus Agreement signed by the prime minister, the leader of the Opposition, and 20 civil society organisations to deal with crime, corruption, and violence.

7. The commencement of integrity training, mandated by the prime minister, for Cabinet members.

At the same time, during 2020, there were significant minuses, some of them chronic, negating the positives achieved during the year:

1. Significant irregularities in the award and supervision of road construction contracts revealed in Performance Reports by the auditor general (AuG). For example, in the audit of the Rural Agricultural Development Agency (RADA), the Kingston and St Andrew Municipal Corporation (KSAMC), and the St Catherine Municipal Corporation (SCMC), the AuG found that only nine out of every 100 contracts were put to competitive tender, and emergency-contracting procedures were utilised involving hundreds of millions of dollars – more often than not – without adequate justification.

2. Inordinate delay in passing legislation to strengthen Jamaica’s Anti-Corruption Framework. For example, at the end of 2020, MOCA was still not an independent agency despite commitments made and explanations offered; important amendments to strengthen the Integrity Commission – arising from recommendations made in their annual reports of June 2019 and July 2020 – are yet to be considered by the Parliament.

3. Chronic breaches, reducing transparency and accountability, of the annual reporting requirements mandated by law by scores of budget-funded public bodies and agencies. Incredibly, only one of 164 public bodies and agencies was current in its annual reports as noted on the Cabinet secretary’s website, prompting a circular from the Ministry of Finance in October 2020, requesting compliance. Yet there was no punishment for the delinquent officers. Additionally, regulations to allow for, in the words of the IMF, “a transparent and competency-based corporate board appointment process for public bodies’ boards; board continuity through election cycles …” remain to be approved by Parliament at the end of the year.

4. Diminution of the role of the Opposition in providing parliamentary oversight of the executive arising from the ending of the convention that Opposition members would chair a number of the Sessional Parliamentary Committees.

5. The disclosure in the annual report of the auditor general of billions in taxpayer money at risk in ministries, departments, and agencies, most notably, the Ministry of Labour and Social Security. At the same time, no public officer has been held to effective account in 2020 insofar as the sanction of imposing surcharges for the loss of taxpayers’ money is concerned. This is a power under the Procurement Act and the Financial Administration and Audit Act. However, it is rarely used.

6. The repeated delays in the commencement of the trial of Minister Reid et al on corruption-related charges.

7. No disclosure of any prosecution arising from the Integrity Commission’s investigations into Petrojam.

Jamaica can and urgently needs to pull itself above the pass mark of 50, below which we have been stuck for the last 10 years. In order for this to be done, power at all levels – from top to bottom, but beginning at the top – must be held to account for the common good. Many of the steps necessary are already on the agenda:

• The enforcement – with strong and prompt penalties for failure – of existing legislation, in particular the PBMA Act and the Financial Administration and Audit Act.

• The implementation of amendments to strengthen anti-corruption law. For example, to MOCA, to the ICA, and to the Official Secrets Act.

• The restoration of conventions, in particular opposition chairmanship of Sessional Committees, which allows the Cabinet to be held more accountable to the Parliament as the Constitution of Jamaica requires.

• The observation and adherence to important codes of conduct, for example, for Cabinet ministers.

• Adherence to the deliverables set out in the consensus agreement to deal with crime and corruption, in particular the rehabilitation and reintegration of marginalised communities and of young people vulnerable to gang recruitment.

These advances are possible but only with strengthening of political will – of professional will – particularly of the officers in law enforcement and the justice system; and thirdly of social will - that is the awareness, assertiveness, and engagement by the public whose livelihood is at stake as well as the leadership of the Church, the private sector, civil society, the media, youth, students, and community organisations.