Novia McKay | Why is now the time to talk about violence against women and girls? 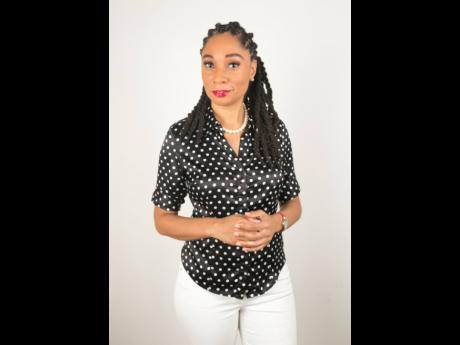 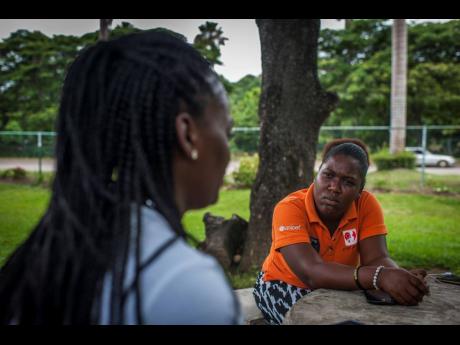 With so much happening in the world today, one may ask, is now the time to talk about gender-based violence?

The world is suffering the results of a global pandemic, the likes of which has not been seen for more than 100 years. Many countries are experiencing political and social turmoil, due in part to increasing inequality and a rise in populism and nationalism. There are countries experiencing famine, and the ravages of war. Here in Jamaica, due to COVID-19, years of hard-won economic progress have been wiped out in a matter of months. We still struggle to overcome a high crime rate and years of economic underperformance.

Many have lost livelihoods. Many have lost lives. Many more have lost out on months of much-needed income, education and human interaction. With so many pressing issues, why talk about abuse and violence against women and girls? Why spotlight, and why now?

The United Nations is committed to helping solve the big problems, to making big goals, to taking action and measuring the steps taken to achieve them. The aim is to take a long-term view and find areas of common interest and maximum possible impact. It was done with the formulation of the Millennium Development Goals, and again working with countries to craft the 17 Sustainable Development Goals. Arriving at these goals, this ‘blueprint’ for the development agenda required wide research, consultation and global consensus. Coming out of that process, ‘Gender Equality and Empower All Women and Girls’ emerged as a global priority, and became Sustainable Development Goal number five.

In the context of empowering all women and and girls, protection from violence and abuse is a present and pressing issue. Women are largely responsible for children’s health and education – key drivers for economic development of any country. On the other hand, violence against women generates huge economic costs for women and families, as well as for communities and societies. The negative impact on women’s participation in education, employment and civic life undermines poverty reduction. It results in lost employment and productivity, and it drains resources from social services, the justice system, healthcare agencies and employers. Research conducted by UN Women shows that women who are exposed to intimate partner violence are employed in higher numbers in casual and part-time work, and their earnings are 60 per cent lower, compared to women who do not experience such violence. Studies also show that when children witness violence against women in the home, they are more likely to experience or perpetrate violence as adults.

In Jamaica, we know too well this cycle of violence. We have seen persistent high levels of violent crime, despite best efforts, and as well have seen many vicious attacks against women, mostly by their male partners. Last year, one woman was shot and burned alive in her car, another was burned in her place of work, a 13-year-old girl was kidnapped and held against her will by a violent rapist for several days. Girls as young as two years old have presented at doctors’ offices with evidence of sexually transmitted infections. These are only the most horrific offences, they go on and on. The statistics get even more stark when we consider the impacts of COVID-19. With the necessary restrictions imposed as part of the global pandemic response, women are even more at risk. In some countries, there has been as much as 30 per cent increase in domestic- violence cases since COVID-19. In Jamaica, last April, more than 400 new reports of sexual violence were reported, and just in the news this past month, St Mary is reporting an alarming uptick in reports of sexual abuse.

The statistics are alarming, but our indifference and inaction would be even more so. Thankfully, we are trying to do something about it. The conversations are happening online and in social circles, people are taking action to get informed and reporting instances of violence and abuse. Others are forming groups in their schools and communities to share stories and support survivors. The international community is doing its part as well. In 2018, the European Union and the United Nations signed a cooperation agreement for the largest single investment to end violence against women and girls worldwide – the Spotlight Initiative. Implemented in 25 countries, including Jamaica, Spotlight Initiative has the ambitious goal to end violence against women and girls, in its worst form. Spotlight is responding to the different contexts for violence against women that exist globally. Here in the Caribbean, Spotlight will focus on family violence – violence and abuse that occurs in and around the home and community. That is our cross to bear.

The European Union-funded Spotlight Initiative has brought together government stakeholders in gender, health, education, national security, civil society, and five UN agencies. We hope to improve essential services for survivors – creating a referral pathway for service providers, supporting the establishment of national shelters and training front-line workers in recognising and responding to violence against women and girls. We are contributing to the conversation around our laws, and we are working to change hearts and minds, from children to adults. Over the next few weeks, you will hear more stories and perspectives. We hope you will join us.