R Masakui | The cool Indian ‘Coolies’ of the Caribbean 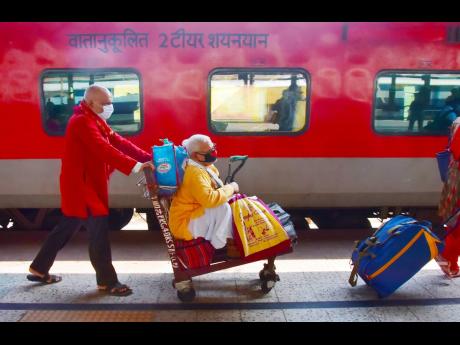 ANI
In this May 2020 photograph a coolie helps an elderly passenger to board the special AC train to New Delhi during the COVID-19 lockdown in Howrah, Kolkata. 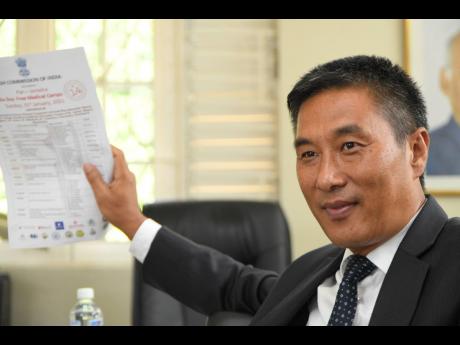 Imam Ali, a 1907 Indian immigrant to Jamaica, cried when narrating his story of coming to this island: “Our vision was marred by the exaggerated and inflated picture of prosperity in the promised land; contentment yielded to greed and lust for richness; youth, inexperience and naivety made us trust the recruiter’s assurance that we would become rich in 5 years.” The book Home Away From Home by Laxmi and Ajai Mansingh narrates many such anecdotes of Indians being tricked to sail to the Caribbean by the colonial recruiters with deceptive images of a prosperous and respectable life. Little did Imam Ali know that in search of richness and prosperity, like thousands of others like him, he would end up being tagged as a ‘coolie’ for all his life.

The origin of the word ‘Coolie’ can be traced back to 16th-century South Asia, where it meant ‘day labourer’. It is still regarded as derogatory in most regions of the world. In the 19th century, it came to describe the Indian and other East Asian indentured workers who were hired and shipped to European plantations in the Caribbean, Africa, and the Pacific Islands. The Indian ‘coolies’ were “stolen from India” to join their ‘Buffalo Soldier’ brethren ‘stolen from Africa’, ‘fighting on arrival, fighting for survival’ to ultimately sing the ‘Redemption song’ together.

By 1820s, a decaying social order, political instability and colonial rule in India combined, pushed many to enlist for working abroad in the hope of a better life. The irony was that the colonial masters who impoverished the Indians at home promised prosperity abroad. And the ‘soon to be coolies’ believed them. The abolition of slavery in 1834 and the termination of apprenticeship in 1838 created a shortage of farm workers on European plantations. Around half a million Indian immigrants landed in the British Caribbean between 1845 and 1917. Most of them stayed back.

With a new ethnic group landing on faraway shores, the need arose to find a word differentiating them from the other residents of the place. Referring to the indentured workers as simply ‘Indians’ or ‘Chinese’ would have accorded too much respect. ‘Coolie’ fit the bill perfectly as it would remind the workers in their language that they could not escape their low position in the social and economic hierarchy even though they were in a new place. Give the Devil his due. The colonialists were masters at ‘psychological subordination’.

The use of ‘coolie’ as a derogatory term did not remain limited to where the Asians, particularly the Indians, had migrated. For instance, ‘coolie’ was used in 19th-century USA to describe all Asian labourers who lived in suboptimal conditions. Asian clothes and accessories were sometimes referred to as ‘coolie pyjamas’, ‘coolie hats’, and so on.

But as beauty lies in the eyes of the beholder, the meaning of words lies in the mind of the listener. The word ‘coolie’, which is still pejoratively used by many, needs to be re-evaluated to mirror current realities.

There is no aspect of life in Jamaica and the Caribbean that has not been enriched by the Indian ‘coolies’. The Indian influence is visible in the Rastafari and the Revivalist movements in Jamaica. Indians established banana farms, increased sugar cane production, introduced the technology of rice cultivation in Jamaican swamps, and monopolised the cultivation of vegetables and flowers. Mango, Jamun (wild cherry), coolie Baer (plum), kamranga, tulsi (holy basil), neem, and bargad (banyan) were also introduced in Jamaica by Indians. Curried goat, rice, roti, and vegetables are Indian foods that were adopted by the Afro-Jamaicans. The art of making jewellery, particularly from gold, silver, and copper has a huge Indian influence. The Jamaican language has also absorbed a great deal from the language of Indian ‘coolies’. The new Indian immigrants include doctors, engineers, and IT experts, who have added immense value to the local economy. Indian community businessmen create jobs by the thousands locally.

The Indians, though present in huge numbers across the Caribbean, have been peace-loving and law abiding. Never have they been blamed for inciting hatred or practising ethnic distancing. They have immersed themselves in the local culture and have adopted the host country as their motherland. They have intermingled with the local population, and there is no dearth of people of other ethnicities in the Caribbean mentioning having a little Indian blood running in their veins.

If those with the above-described achievements were to be called ‘coolies’, so be it. Then Indian ‘coolies’ are nothing less than ‘Cool’ in the parlance of young people. India has every reason to feel proud of its ‘coolies’ and would be happy to be referred to as ‘Coolie Land’, the land of friendly entrepreneurs, software engineers, doctors, and professors.

In today’s India, the word ‘coolie’ refers to someone who carries baggage on his or her back. Gaiutra Bahadur, a descendant of an Indian indentured worker, describes the ‘coolie’ in her book Coolie Woman as the people carrying the “burden of colonialism”. It is high time we throw the vestiges of this burden that we still inadvertently carry in our minds. It is time we called the ‘coolies’ cool.

- R. Masakui is the high commissioner of India to Jamaica. Send feedback and comments may to cons.kingston@mea.gov.in.