Mariko Kagoshima | How to end gender-based family violence at home 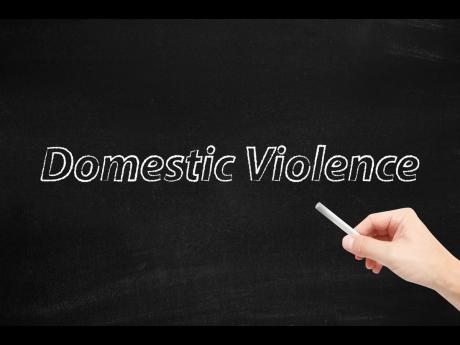 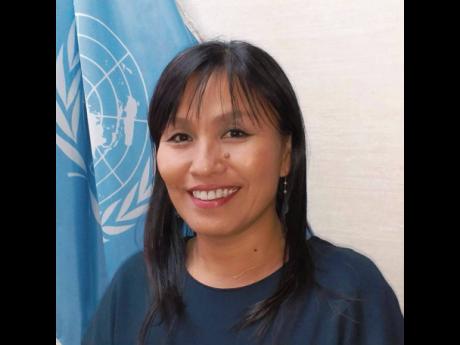 There is a link. Children who witness or experience domestic violence are at increased risk of intimate partner violence in adulthood – as victims and as abusers.

The Women’s Health Survey Jamaica 2016 found that almost half of women who experienced intimate partner sexual violence and nearly 40 per cent of women who were physically abused by their partners had been beaten as children. The study also found that for women, being humiliated or insulted in childhood correlates to lifetime experience with intimate partner violence.

The figures speak for themselves – women who saw their mothers being abused experienced higher levels of intimate partner violence:

• Almost 30 per cent of women who had experienced physical violence from intimate partners had seen their mother beaten.

• Twenty per cent of women who had experienced sexual violence from intimate partners had seen their mother beaten.

The survey also found that men’s experiences as children also influenced their behaviour in adult life. Men who were abused or saw their mothers abused in childhood were more likely to abuse intimate partners. “Women partnered with men who had witnessed their mothers being abused and who were themselves beaten as children had higher rates of intimate partner violence than women whose partners had no childhood experience of violence,” according to the survey.

This is not unique to Jamaica. The United States Department of Health and Human Services indicates that a girl who grows up in a home where her father abuses her mother is more than six times as likely to be sexually abused than her peer who grows up in a non-abusive home. Similarly, a boy who witnesses his mother being abused is 10 times more likely to abuse his female partner as an adult.

These disturbing statistics paint a terrible picture of the inter-generational and cyclical impact of family violence. This link must be broken. This cycle must be disrupted. But how do we do this? How do we ensure that our children’s experiences are positive and lead to healthier outcomes and intimate relationships in adulthood?

Every home should be a safe haven for every child. Unfortunately, the facts again show something quite different. Violent discipline at home is the most common form of violence experienced by Jamaican children. Some 85 per cent of Jamaican children under age 15 experience violent discipline at home, including psychological aggression and corporal punishment. One of every 15 children under age 15 are victims of severe physical punishment, which includes practices such as hitting or slapping a child on the face and hitting or beating a child hard and repetitively.

At the same time, only three out of 10 caregivers in Jamaica believe physical punishment is necessary for disciplining children. This suggests that very often, violent methods are used because of parents’ anger and frustration, prevailing social norms (standards or attitudes or behaviours that most persons in a community or group accept or believe are normal) and lack of knowledge about non-violent responses.

This is where there is an opportunity to break the cycle of violence against children which, later in their lives, loops into gender-based violence.

The Government of Jamaica, local civil society organisations, the United Nations, and the European Union are all working together on the Spotlight Initiative in Jamaica to address gender-based violence in the family. Spotlight Jamaica is working to help reduce family violence against women and girls and to improve women and girls’ access to essential, safe, adequate, integrated services that respond to this violence.

A key goal of the Spotlight initiative is to stop the normalisation and acceptance of violence. Partners are working to address harmful social norms, attitudes, and behaviours at community and individual levels to prevent violence against women and girls, including family violence. A lot of our work will reach women and men and boys and girls at community level with interventions in sports and education and community empowerment to address harmful social norms and promote positive ones. We will also be working with mothers and fathers to help them better understand their children and child development. We will help them build their skills in effective parenting, including the use of non-violent methods of discipline.

The focus on parenting helps mothers and fathers understand how domestic/intimate partner violence and associated unhealthy behaviours contribute to the inter-generational cycle of violence in families and communities and the impact of abuse and other traumatic events on children. The work with families and communities also aims at addressing beliefs and social norms that increase the vulnerability of girls to gender based violence, including sexual abuse. Through parenting support, we will help parents identify and utilise those parenting practices that can help improve family relationships, effectively manage anger and conflicts, and hopefully, eliminate or reduce acts of family violence.

Globally, there has been an increase in domestic violence with the COVID-19 pandemic and its associated restrictions of movement, and in many cases, limited access to response services. Women and children who live with abuse have found themselves trapped in homes with the abusers. Now, more than ever before, we must focus on supporting families and communities to break the cycle of gender-based family violence. In more ways than one, it starts at home.

- Mariko Kagoshima is the country representative for UNICEF Jamaica. She has over 20 years of experience with UNICEF, working in Guatemala, Honduras, Uganda, Angola, Afghanistan, and Mexico. Send feedback to kingston@unicef.org.