Byron Blake | Jamaica and COVID-19: What are we thinking? 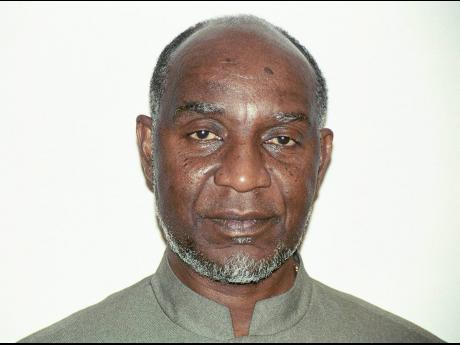 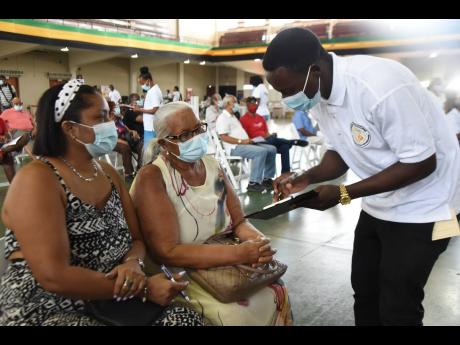 Kenyon Hemans/Photographer
An employee of the public health department sensitising a senior citizen, who is among many who came to National Arena on Saturday, March 27, to get their first dose of AstraZeneca vaccine.
1
2

It has been one year since coronavirus hit Jamaica on March 10, 2021. By its anniversary, it had taken at least 475 lives; infected over 28,968 persons across every parish, in all age groups, and social and economic classes; overwhelmed the health services; and disrupted and exacted a heavy toll on almost every economic and social sector, including education, tourism, sports and culture, manufacturing, transportation, commerce, agriculture and even Government services.

In the week leading up to its anniversary, there were at least three days of record infections, hospitalisations, and deaths. There were 6,701 new cases in the 14 days prior, a more than doubling of the daily rate between March 4 (341) and March 10 (695) and confirmation of the greater prevalence of the more virulent and deadly UK variant. In the 14 days after, infections increased by 8,160, or 1,459 more than in the two weeks before. The total had climbed to 37,128.

There were widespread calls for “lockdown” of the country or parts thereof. The prime minister announced some tighter measures and then some others for the three weekends, including the Easter weekend. As has become fashionable, these were impositions, not measures arising from consultation or study. There is thus no precision in the expected outcome.

But logically, many ask, how did we get here, especially after the first four months when, and the numbers are there to justify it, Jamaica was receiving international commendations for its management of the virus. In hindsight, the seed of the problem might have been imbedded in that very success.

In the initial stages of the pandemic when there was little information and a great deal of fear, the authorities in Jamaica seemed inclined to seek cooperation, to establish or utilise mechanisms for collaboration and sharing of the limited information, and even to encourage some degree of participation and planning. Entire communities and businesses were locked down on discovery of cases. There were regular press briefings and significant public-relations activity. Citizens seemed willing to bear strain, even to abandon relatives who happened to have been outside of the island in the hope that the ordeal would be short-lived. And with a favourable fiscal situation, the Government was able to voluntarily offer significant monetary relief to a large segment of the population.

With the passage of time, the “apparent” success and the international commendations perceptions changed on both sides. To the authorities, success seemed too valuable a commodity to share. It became a thing with value that could be exploited for political advantage. By late July, there began to be unilateral declarations and an attitude of “I” or “Cabinet” has decided. And by September 4, the attitude seemed to have advanced to “it is what it is”.

“Esther” seemed to have fallen prey to the vanity of selfish glory and the allure of even greater power. Jamaica lowered its policy defences.

We prised open the economy and country in late July to appease elements of the business community, eased further for emancipation and independence in early August for social release, and then opened wide in the last half of August into the first week of September for nomination and general elections to satisfy political ambitions.

Segments of the population had already concluded that the burden of the lockdown was not being equitably shared. Being a notoriously undisciplined people and having been contained for four months, many took the proverbial mile. Infections exploded in September into October. The authorities responded with some unilaterally determined and centrally managed measures. They had some degree of success until late December when there were easing for Christmas and the New Year. The continued behaviour of the segment of the population that believes that its money, colour, and residential address placed them beyond the law together with those who believe that they will not live to see “forty” anyway, stimulated the massive spikes from mid-February (roughly six weeks on) through to the anniversary and beyond. How do we tame those behavioural impulses?

The roll-out of the vaccine at the anniversary is a positive development. Success with the vaccine, like the public-health measures, however, will depend on the behaviour of individuals and groups. In order to have a different result, we will need to correct for the major shortcomings.

KEY SHORTCOMINGS OF PHASE ONE

Shortcomings included a failure to plan and to communicate such thinking as there was; to seek genuine collaboration, thereby reducing the number of influential stakeholder groups and individuals who had to disagree or raise questions publicly; to share information in good time; to use experienced and tried institutions, practices, systems, and personnel; an overcentralisation of and dependence on the personnel in the central offices of Ministries such as education and health: a failure to even appear equitable or interested in seeking buy-in from those to be most affected; and the politicisation or perceptions of politicisation of each process, including the new vaccination process.

SUGGESTIONS FOR THE MANAGEMENT OF THE VACCINATION PHASE?

Immunisation, through vaccination, is one of the best-known processes in Jamaica. It is administered to almost every child shortly after birth and certainly before entering the public-education system. Parents, grandparents, and guardians are either involved or aware about this process. Every adult carries the mark, and some who travel to certain countries, especially on the African and South American continents, voluntarily pay for certain vaccinations. Yet, with months to consult and plan, the implementation of the COVID-19 Vaccination Programme got under way on the anniversary of the pandemic on the basis of a plan devised and held closely by the Ministry of Health.

We should not have been surprised that there were apprehensions, uncertainties, together with several complaints and shortcomings. Information was limited and late even to the relatively small group of known and organised working professionals. Fortunately, that phase is restricted. In spite of its shortcomings, however, it might be less disruptive to continue once it is recognised that a new strategy is needed going forward. That strategy should include some key components.

First, it should include an identified small group of independent persons to advise the Ministry of Health on the plan and approach to, and control of, distribution and administering of the vaccines. Members should be experienced in public health and logistics in Jamaica. The main objective here is transparency and confidence building in the process and the removal of unnecessary distractions.

Second, given the current high levels of infections, a positivity rate exceeding one in every three persons and the “low” level of vaccines already secured, Jamaica will need to acquire a large number of doses in short order for distribution in the public and private sectors. The market is, as is well-known, extremely competitive and politically driven.

Jamaica has a great need, but neither its need nor the resources available is sufficient to make it a player in the market. It must aim to join or help create arrangements where it can be a player – that means it must seek alliances. It might be late, but COVID-19 will be with us for a while.

Jamaica should establish and coordinate its (public and private) demand and create a small, dedicated team highly knowledgeable about vaccines and global markets and skilled in negotiating and relationship building. The wider Caribbean and Africa; India as a producing platform; Canada and the United States, which might have overordered; and key institutions like the WHO, the United Nations, and the Commonwealth might well be areas to be targeted. The team should be empowered to liaise closely with and draw on missions in key capitals and to conclude arrangements within pre-agreed guidelines.

The COVID-19 virus is new, and the vaccines are even newer, and there is much misinformation globally and locally about both. Many persons are genuinely confused. Confidence and trust in the messengers tend to be low. There is an urgent need to involve institutions and persons such as religious leaders, local doctors, pharmacists, and teachers as messengers and to use their institutions or other community-based institutions as vaccination centres.

Finally, it is critical to prioritise public information over public relations. Also, to recognise that both the public health and the vaccination programmes depend on cooperation, which cannot be mandated. They must have community involvement, buy-in, and strong support.