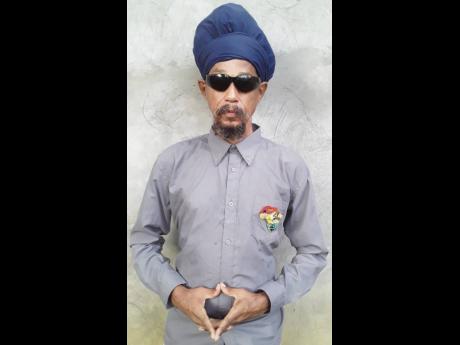 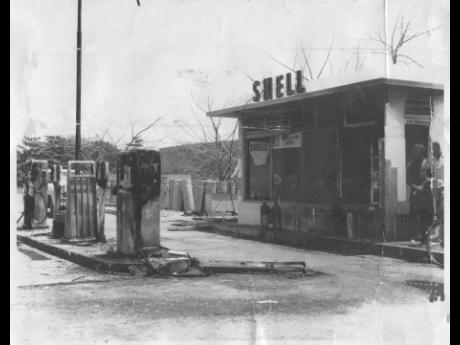 Gleaner Archives
The gas station at Coral Gardens which the gang of Rastafarians attacked, sprayed with gasoline, and set ablaze before dawn on Thursday. Some 6,700 gallons of gas were in the four tanks at the station but did not explode. 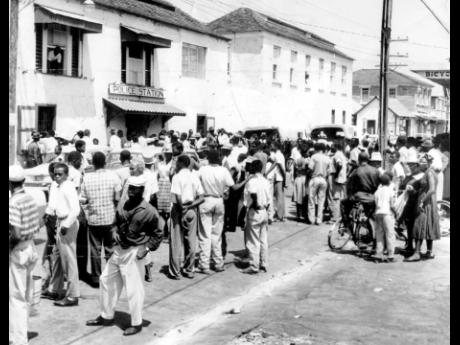 Gleaner Archives
A section of the huge crowd which gathered outside the Montego Bay Police Station after the rounding up of Rastafarians from hilly districts near the town in 1963.
1
2
3

In this edition of Reparation Conversations, the Ethio-Africa Union Millennium Council outlines the case for reparatory justice through compensation and repatriation as a way of preserving the cultural heritage of Africans as well as reports on its advocacy around these issues. Reparation Conversations is a collaborative initiative between The Centre for Reparation Research, The University of the West Indies and The Gleaner , and is published bimonthly. Repatriation is demand #3 in the CARICOM reparation strategy document, The 10-Point Action Plan for Reparatory Justice. It is very fitting that this article appears on the 58th anniversary of the 1963 oppression of Rastafari in Jamaica, referred to by some as the Coral Gardens Massacre.

Africa was a physical resource to be exploited and Africans were chattels to be purchased bodily or, at best, peoples to be reduced to vassalage and lackeyhood. Africa was the market for the produce of other nations and the source of the raw materials with which their factories were fed …Those Africans who refused to accept the judgement passed upon them by the colonisers, who held unswervingly through the darkest hours to a vision of an Africa emancipated from political, economic, and spiritual domination, will be remembered and revered wherever Africans meet. [Haile Selassie I – O.A.U. Inauguration, May 25th 1963]

The Ethio-Africa Diaspora Union Millennium Council Ltd (EADUMC) is mandated to represent the human rights, indigenous rights, and intellectual property rights of the Rastafari community and the voiceless African Groups in Jamaica. This mandate has been elaborated in a first draft position paper, titled Rastafari Nation Fundamental Rights for Repatriation and Reparations (February 2009), and has subsequently been presented by the EADUMC to the African Union’s Technical Team in Preparation for the Global African Diaspora Summit (2012); the Prime Minister of Jamaica Portia Simpson Miller; the [Jamaica] National Commission on Reparation; the CARICOM Reparation Conference (2013) and the British Parliament (on Emancipation Day 2014). In addition to this document, EADUMC has made a presentation at the 107th pan-African Movement Summit (2007); submitted a statement for the UN Conference on Reparations (Durban III, 2011); addressed our joint conference with The UWI (2013), and responded to CARICOM’s 10-Point Action Plan (2014).

The EADUMC will continue our advocacy for the Fundamental Human Rights towards Repatriation and Reparation for Africans as victims of colonialism and slavery. We reiterate the following facts which support our cause, some because they represent precedent:

• The first record of repatriation with reparations being paid out to the victims of enslavement can be found in the Bible in the Book of Exodus, Chapter 12.

• Colonialism and slavery attempted to rob African victims of their human values and culture.

• The root causes of colonialism and slavery were the economic desires of the colonisers.

• The dispersion of Africans by colonial slavery gave birth to the African diaspora.

• US$822 million in reparation was paid to the State of Israel from the year 1952 to resettle their citizens in the Middle East. We can also cite the recent operations ‘MOSES’ (1984), and ‘SOLOMON’ (1991), by which tens of thousands of Falasha Jews – ‘Beta Israel’ – were airlifted from Ethiopia into Israel.

• Although compensation of £20,000,000 was paid to the enslavers within the British colonies to secure their support for the Emancipation Act of 1834, no compensation was ever paid to the enslaved Africans or their descendants who still demand redress. The only compensation/reparation to Rastafari has been the Jamaican Government’s engagement in redress (financial and through the building of an elder-care facility) for the atrocities perpetrated by the State and its agents against Rastafari in 1963, which we know as ‘The Coral Gardens Massacre’.

• Indentured Indians hired after 1838 by the British Government were contractually entitled to repatriation (the last repatriate ship left the Caribbean in 1954), or land and cash in lieu of repatriation, while Africans were forced to labour without land settlement or repatriation.

• The current British monarch, Queen Elizabeth II, her government, as well as all the remaining monarchies and/or their governments in Europe who were involved in colonialism and the transatlantic trade in enslaved Africans, now have the moral duty to compensate the descendants of the enslaved Africans.

• The comments made by UK diplomats and prime ministers about African enslavement and their distancing of themselves from the crime of slavery hold no justification as it was the English monarchy that had started the English, later British involvement, in African enslavement; and it was during the reign of Queen Victoria that the Emancipation Act received royal assent; therefore, unless the present Queen of England does not recognise the abolition of slavery, then Britain’s culpability is clearly cemented as it passed an act to end something in which it was involved!

• The philosophical centre of Rastafari of Repatriation with Reparations can be understood through the reign of Queen Victoria on to the present Queen Elizabeth II and on to the primary personality, physical and spiritual characteristics of HIM Haile Selassie 1, Hon Marcus Garvey, and Leonard P. Howell, who is recognised as the first Rastafari leader and progenitor in Jamaica.

• Globalisation will further widen the gap between the richer European and poorer African countries, unleashing the devastating spiral effects of poverty.

• Climate change and its potential devastations were witnessed in the Caribbean in 2017 with hurricanes destructions causing depopulation of a few islands. Of relevance is that some of the displaced African descendants were resettled in the former colonial powers lands and not in Africa.

We are living in an era where the anthropogenic existential risk that has its origins in human activities poses the greatest threat to human life: from potential nuclear wars to biological warfare; from ill-conceived global systems of economic governance to the current indicted COVID-19 pandemic. The outcries from the global Black Lives Matters movement acknowledge that Africans are a targeted group, continuing to bear the scars of the centuries-old disease of racial discrimination – the sickness that caused colonial chattel slavery. In light of all of this, we still conclude that from all suggested solutions – racial integration, racial segregation, or race preservation – it is race preservation that realises that repatriation, the returning of Africans to our original habitat, is the best solution to guarantee to prolong African existence.

Restitution should, whenever possible, restore the victim to the original situation before the gross violations of international human rights law or serious violations of international humanitarian law occurred. Restitution includes as appropriate: restoration of liberty, enjoyment of human rights, identity, family life and citizenship, return to one’s place of residence, restoration of employment and return of property.

We, the executive directors of EADUMC, conclude that Repatriation of Africans to Africa, with suitable and adequate compensation, provides the best undisputable solution to addressing Africa’s holocaust, and will act as the catalyst for all reparation claimants. We endorse the Jamaican Government’s Political Vote in 2015 on Reparations, which endorses the entitlement of Africans to repatriation and reparations, for all Jamaicans of African descent.

Robert ‘Prophet Greg’ Mogg is the general secretary of the Ethio-Africa Diaspora Union Millennium Council, an organisation that advocates for the cultural human rights of the global Rastafari community. Send feedback to ethioafricamillennium2000@gmail.com, reparation.research@uwimona.edu.jm