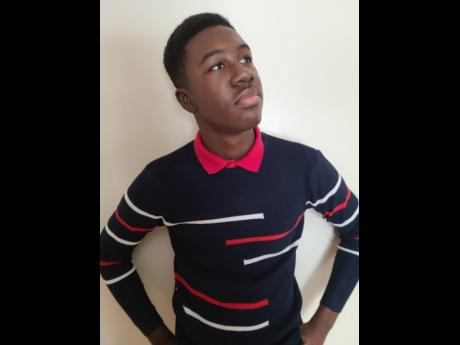 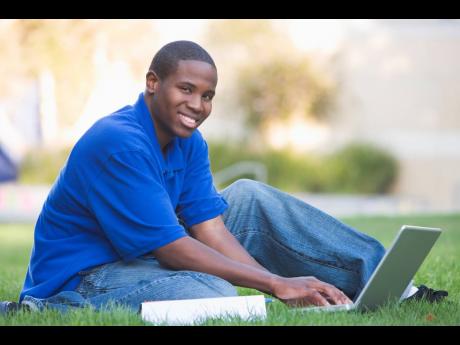 I thought I was free, I thought everything was fine. My country, however, did not think the same way. We were going to be in a state of lockdown for two weeks. It was only Saturday, the lockdown started on Monday. The news that weekend was filled with instances of long lines to stores to buy groceries and other stuff for the lockdown. My family didn’t have to go through that, as we kept a lot of canned goods in case of an emergency.

It’s now Monday the start of the lockdown, I think to myself “It’s an early spring break”. Not thinking about the crash of the economy that had started the loss of jobs and loss of pay. All I thought about was “no school”. Couple days later, my mother called me while she was at work. She called me in the tone that she would as if I did something wrong or I was about to be in trouble.

She then told me “your school sent me an email”, my heart went from its relatively fast speed to the point where it felt as if it would explode. She then said in a calmer voice than when she called me “read this”. I read through the email in my mind, this news had changed my opinion on everything that was going on. “School would resume on Monday” after this, I think, I started to care. I started watching the news, the cases increased by one daily. Even after the lockdown I was n,ever scared. I was never allowed out of the house, I guess that answers why I wasn’t.

My school then quickly got up to speed with teaching, then came the dreaded day... the first day of online school, I was shocked and was wondering how was this possible. A few friends were thinking alike, but the rest of my classmates must have known about the big bad Zoom. I think in my mind “Zoom is an app for business people to have remote conference calls; it’s not for a kid like me to suffer”. The entire 8th grade was on 1 meeting with all 200 of us. I felt awkward, I saw people’s names I had never seen before and I also saw friends from other classes.

For the first couple of classes, I tried to pay attention, but by mid-day my laptop was unattended but tuned in to the meet while I was watching TV. Mere weeks later, came the topic on the news and social media, “children were not learning in online school”. In my defence, the online classes were not engaging, the teachers didn’t seem to have the information in their heads as they used to, and they just read off the slides they were presenting.

It was very difficult to pay attention; there were too many distractions to resist at home. Many of our parents had slowly started to go back to work half days or half of the week, while following the new protocol of “masks, masks, masks followed by hand sanitiser and social distancing”. This left most of us kids home alone and unattended, causing us to give in to the many distractions. Some of us had younger siblings and, as such, had to take responsibility, and also distracting them. I could agree with the public and social media, most of us were not learning, we were just putting the info we saw on PowerPoints right back into online quizzes, “copy and paste”.

START OF THE NORMALISATION PROCESS

A couple months later, things started to normalise in a sense, everyone wore masks when they went outside. They stashed their masks everywhere, in various places around the home, in the car, in the pockets of their pants, bags and purses, basically everywhere. People went about business like usual, just following the new protocols.

I spent my weekdays alone, from 8:00 am to 6:00 pm by myself, just me and the appliances in my home. I had friends to call, but it didn’t feel the same. I would hook the call up to my Alexa to make it feel like they were in the room, but they weren’t. Every day I would long for my mother to come home, but with the ongoing pandemic there was traffic. She tried her best to come home at the usual time, but her best wasn’t all the time. Confined in the multiple walls of my house, I think to myself now “how did I live through this, how did I survive?”. The only physical human interactions I had were with my mom. Thinking about it now makes me think I would go mentally insane.

Mid-pandemic, we no longer got one case every other day; we were now getting 30 cases a day. People blamed the government for not handling the situation well, when the government was doing their best. I continued to watch the news, long lines that go out to the parking lot to banks for people to get government aid money. I went to the Supercentre and saw it for myself. I saw a woman with three kids. I think, “It must be rough, she looks like she has been waiting since early morning”, it was 1:00 pm at the time. I didn’t have it rough, I survived. I’m still alive today, some people were dying, some died, some were suffering because of loss of jobs and money problems while I spent my time inside eating, watching TV, sometimes neglecting online classes along with my friends who believed they could ace any test without paying attention. I complained about being trapped indoors while other people were suffering their worst fate.

“It’s now the present day, the normalisation process has ended. I am with my dad and mom and am attending a new school, as in physical school. I am writing this as an assignment Mr Wallace (my English language teacher) assigned us for the end of the cycle. I’m not sure if I will finish this or if this work will ever be seen by the public’s eye, as COVID-19 is still going on. However, this wraps up my experience of COVID-19, from the happy times before, to the start, to online school, to normalisation and to, well, today. I made friends on this journey through COVID-19. I had some fun times during this pandemic. I’m sure everything is going to be alright for me.”

- Mark Tulloch is a former student of Campion College and a current student of Cambria Heights Academy in New York. Send feedback to columns@gleanerjm.com