Penny Carballo-Smith | It’s a new world of work, so what can a mother do? 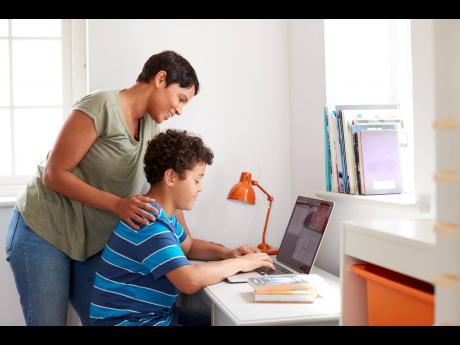 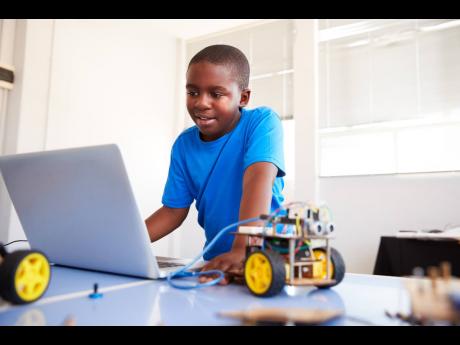 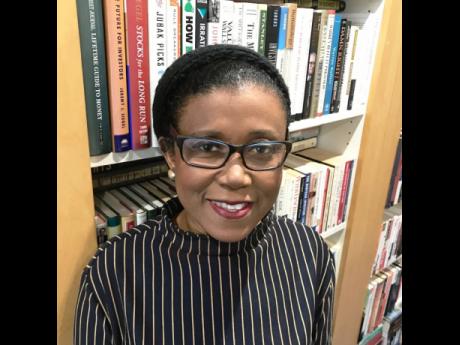 It was the summer of 2010. Our 15 year-old son was about to select his A-level subjects. He thought he would simply choose the subjects he enjoyed the most. This sounded reasonable. After all, that’s what I did myself.

But as a mother, I felt uneasy. Even anxious. I sensed that the world had changed - and in ways that I did not understand. The “school to university to graduate job” pipeline did not seem to be working quite so well for an increasing number of young people – even the highly academic and accomplished ones. Unemployment, underemployment, and disappointment seemed to be everywhere – especially for those of African or Caribbean heritage like our son.

How could we avoid this future for our child?

I was stumped. When I sought the counsel of others, especially educators, more often than not, they looked at me blankly. Like me, they felt that something was up. But they had no idea what that “something” was. I loved research and decided that this was a great excuse to do some. What were the world’s leading economists, thought leaders, and careers researchers saying about the worlds of education and work in the 21st century? What emerged was life changing.

It became clear that digital technologies and artificial intelligence were rapidly changing almost every aspect of our lives – how we live, how we play, how we shop, how we work, and the work we do. The thing is, what we learn, how we learn and where we learn have not changed all that much. Our governments and education policymakers simply did not “get it”.

Technology was automating away many jobs. But the research suggested that technology was also creating many more jobs than it destroyed. Despite high levels of graduate unemployment, 54 per cent of companies globally reported talent shortages. There were opportunities everywhere – for those with the right skills.

It was heartbreaking to realise that so many of our bright, very hard-working, young graduates were being educated for a 20th-century industrial economy but did not develop the skills and mindsets to thrive in our 21st-century digital economy. They did not even know what those skills and mindsets looked like.

Those “in the know” – typically from elite circles (are we surprised?) – had their pick of lucrative job opportunities.

And the rate of technological change was so fast that technical skills were, and are, becoming obsolete very quickly. That’s why we all need to be willing and able to learn, unlearn, and relearn new skills time and time again throughout our lives. After doing considerable research, I declared quite solemnly to my husband one evening that we faced the daunting task of preparing our son to do jobs that did not yet exist, using technologies not yet invented.

So what can a mother do?

As it turns out, quite a lot. Let’s dig a little deeper. Does just knowing a lot of “stuff” matter any more? Hardly, after all, Google knows everything. In this new world of work, people are more likely to pay you for your ability to create value out of what you know. The “Four Cs” of critical thinking, creative problem solving, communication and collaboration are skills that help us to gain actionable insights, innovate, and create the value others would want to pay for.

The “Three Fs” of fast learning, flexibility, and faith matter. Learning how to learn fast and effectively helps us to thrive when new technologies to solve new problems are continually coming on stream. Being flexible, experimental, agile, and resilient matter in such a complex and constantly changing environment. Faith matters in a world in which we really do not know what will happen next.

Our children’s physical, mental, and emotional health must matter most of all if they are to cope in such a complex, constantly changing and uncertain environment. It can seem overwhelming. But the most exciting discovery of all was that there is no need to feel too overwhelmed. The key is mindset.

Advances in neuroscience have given us greater insights into how the brain works. We now know beyond a shadow of a doubt that the brain is very malleable. When faced with new challenges and opportunities to learn and adapt, our neurons grow new connections and our brains get stronger. This is neuroplasticity. Research tells us that simply understanding neuroplasticity typically gives young people (and everyone for that matter) the confidence that they can adapt and learn new and challenging things. It is very empowering to understand that to a large extent, you can grow your own intelligence – if you are prepared to do what it takes.

Another important discovery was that parents – not schools or peers – more often than not, have the greatest influence on a child’s career choices. Parents have power.

I knew what I had to do. Long story short, I qualified as a parenting educator and deepened my research into 21st-century education and careers. I then set up the social enterprise Future Think to equip families and communities for the new world of work. A number of strategically placed professionals and organisations – and a very patient husband – were generous with their time, support, and expertise.

To say I was passionate, even evangelical, about getting the word out is an understatement. Anyone and everyone I met ended up hearing about the jobs of the future and how we needed to develop new skills and new mindsets. We ran workshops and seminars for parents, teachers, and professionals. We wrote articles, blogs, and many speeches for influencers and strategically placed thought leaders. We collaborated in creative ways with educational institutions and several not-for-profits. It was a wonderful and enriching ride.

The digital transformation expected over the next five or so years happened seemingly overnight. E-commerce, e-learning, and remote working became the order of the day. All organisations were forced to change work practices and invest in new technologies in order to cope. Mothers had a hard time juggling remote working with homeschooling the kids. Interestingly, some treated the disruption of the pandemic as an opportunity to prioritise personal growth and well-being, learning how to learn and other skills building for a digital age.

The World Economic Forum did its deep dive. Their October 2020 report concluded that 84 per cent of companies globally were accelerating digitisation and 50 per cent were automating jobs. They thought that 85 million jobs would be wiped out by 2025. However, 97 million new jobs would be created, and 50 per cent of all employees would need to be reskilled just to remain relevant in this new world of work.

We also collaborated with academic Dr Keisha Taylor-Wesselink to create Story Jump Out, an inter-generational storytelling game designed as a fun way to help families build healthy mindsets and key skills to thrive in our digital age.

This journey has fundamentally changed my own mindset as a mother. It is fair to say that like many Caribbean mothers here in the UK, I was quite the worrier. And even though he is all grown up and very independent ... you know how it is! But I think I have a clearer idea now on what to prioritise and what not to worry too much about. And on this Mother’s Day, we Caribbean mothers must know that we have every reason to be very hopeful and optimistic about our children’s future.

And for this we can give thanks.

Penny Carballo-Smith spent her formative years in both Trinidad and Tobago and Jamaica. She is currently based in the UK and is the founder and executive director of Future Think, a social enterprise equipping families and communities for the new digital world of work. Send feedback to futurethinklimited@gmail.com.