Ashleigh Onfroy | Cyberbullying: How far is too far? 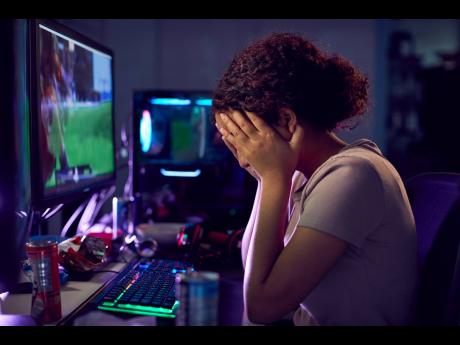 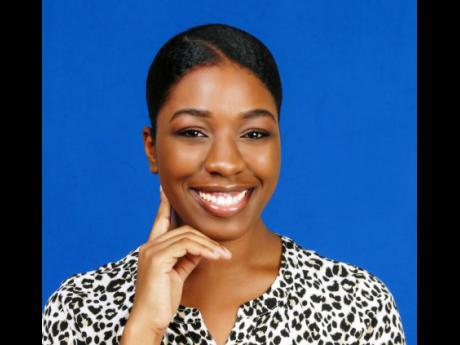 Social media has become a vital online space where many youth have voiced their opinions, networked, shaped their personal styles and formed ideas on the world in which they live. It enables simplified avenues for income through social media businesses and networking marketing. While social media and the cyber world provide great avenues for self-upliftment, it can also be an abyss in which many plummet due to the effects of cyberbullying.

Cyberbullying can easily be an issue for the average Jamaican, whether they actively use the internet or not. It goes beyond the realm of popular social media sites and can also occur in smaller, personalised spaces or wider, professional, and political milieus.

It is common for many internet users to either be personally affected or have witnessed its onslaught. For many, the parameters and definitions of what constitutes bullying is muddled and thus a grand problem festers when addressing the issue. This is especially as it relates to confronting or speaking up against unfavourable internet mannerisms.

Recent incidents of ‘Twitter island wars’, ‘rum and raisin’ references and ‘scared squaddie’ memes are prime examples of cyber content that may be amusing for some but fundamentally detrimental to others. For onlookers on a public Twitter thread, uncertainty may arise as to whether or not there are grounds for some interactions to be considered intimidation.

In my personal conversations with friends and colleagues, popular points of contention are “What exactly is cyberbullying?”, “How far is too far?” and “What if a joke we a mek?” As Jamaicans, our fluidity, individuality, and creativity in methods of expression are easily seen in our verbal and digital speech. We are known to ‘tek everything mek lawf’. Therefore, it is sometimes hard to grasp a full understanding of what may or may not be cyberbullying.

I will claim no formal expertise on the matter, but in my opinion, it would be safe to say that cyberbullying involves any online behaviour intended to harm, promote aggression or hostility towards another, especially in instances of an unfavourable balance of power. Anything resembling this should be avoided at all costs.

There exists a common understanding among social media users of what is allowed, and what is not when it comes to sensitive matters. Yet, for others, people adopt a ‘mouth mek fi chat’ and ‘mi agguh talk mi mind and nah ask Christ’ approach. (Many of us would do better consulting Him before making certain potentially harmful comments on the World Wide Web, though.)

Since it is a free world, just about anyone with access to a technological device and stable Internet can and may utilise the cyberspace for anything. Thus, a pragmatic approach to safeguarding ourselves from being victims and perpetrators of cyberbullying would be to exercise personal and collective responsibility.

Just how far is too far? On the matter of jokes, jests and other forms of humour, I would not advise the sharing of any sentiment which can be easily misinterpreted towards an individual. A jovial conversation on a timeline or comment section on football, alma mater pride, most popular culinary dishes or the best dancehall artiste can easily turn into a cacophony of insults.

Taking a moment to reconsider our thoughts in a heated online debate is always a good idea. I am not telling anyone to ‘small up demself’, as we all have a voice and I am a huge advocate for making our perspectives public where they are factual and constructive.

However, if we have to spend 15 minutes staring at our devices wondering who we may offend before privately messaging, posting photos, videos, audio, or any other multimedia, we may want to consider omitting it altogether. When in doubt, shut yuh digital mouth.

As citizens of the global digital community and lovers of affirmative action, reporting suspicious activity and directly speaking to friends about the importance of responsible Internet usage can only improve everyone’s online experience.

Educators, policymakers, parents, public figures, social media personalities, media corporations and other stakeholders should also continue to promote social media etiquette, best practices, and public education on digital literacy and social responsibility. Additionally, community-user guidelines, age restrictions and other stipulations should not be disregarded when utilising the Internet, and administrators of these spaces ought to be vigilant.

Cyberbullying can be reduced, and further research into its causes, enablers and other key areas in a Jamaican context will assist us in this process. The Internet is great, and as we continue to learn about it to improve the quality of our lives, our usage will only increase. Let us be respectful, vigilant, responsible, and cognisant of our fellow Internet users and the lives they live and want to enjoy beyond the screen.

Ashleigh Onfroy is an events moderator, outgoing vice-president of CARICOM Relations of UWI STAT, Mona, and a history, archaeology and social anthropology student of the University of the West Indies, Mona. To send feedback, she may be contacted at ashleighconfroy@gmail.com.