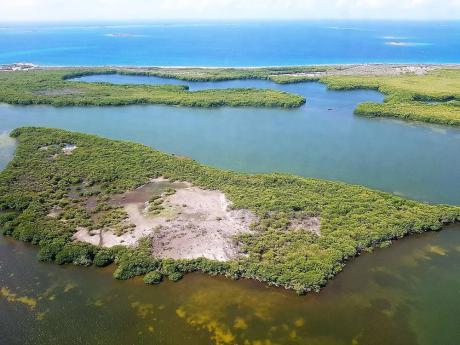 File
An aerial view of Mangroves Refuge Cay. There is a growing call to protect biodiversity as they are often uniquely reliant on the ecosystems to which they are endemic. Negative trends undermine progress in environmental protection and sustainability. 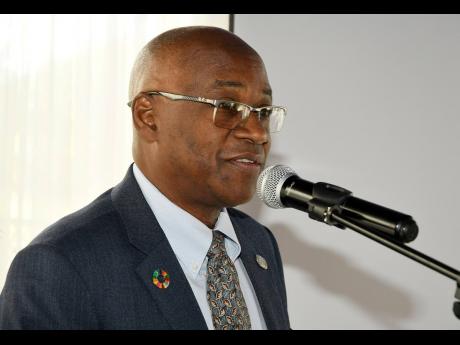 Attempts to reverse the ongoing degradation of ecosystems in the Caribbean, largely due to human activity, have been consistently coming up short. In establishing a 10-year action plan, ministers for the environment in the region have committed themselves to goals aligned with the UN Decade on Ecosystem Restoration.

Latin America and the Caribbean is the second region in the world, after Antarctica, with the largest percentage of its region covered by protected areas. The Caribbean has the highest number of marine species in the Atlantic Ocean, with a large array of diverse habitats and ecosystems. Unless we seriously commit to restructuring how our vital marine economy interacts with the environment around us, there is little hope of restoring our lost ecosystems and protecting our biodiversity.

Studies by the World Bank estimate that the economic value of the Caribbean Sea is about US$407 billion per year, and the Caribbean is home to 12 per cent of the world’s mangroves and 10 per cent of the world’s coral reefs, with 90 per cent endemic to the Caribbean. However, a significant portion of dry forest and coral reefs in the region have undergone recent transformations into human-dominated landscapes, and data show that despite international agreements, regional plans, and national policies, Latin America and the Caribbean are still struggling to meet goals aimed at maintaining biodiversity and conserving ecosystems.

Negative trends like these undermine progress not only in environmental protection and sustainability, but also hinder the Sustainable Development Goals targeting poverty, hunger, poor human health, and more. Loss of ecosystems directly results in food insecurity and mass unemployment in reliant sectors such as farming and fisheries, leading to an increase in poor living conditions and overall poverty. It is especially important to protect biodiversity found in island ecosystems as they are often uniquely reliant on the ecosystems to which they are endemic. The Caribbean, as a region full of fragile, endemic biological diversity, is particularly vulnerable. We cannot afford to let the continued debasement of our ecosystems continue.

At this year’s Forum of Ministers of Environment for Latin America and the Caribbean, governments agreed to a 10-year action plan that prioritises conservation, restoration, and sustainable use of biodiversity and ecosystems in the region. Aiming to reverse the negative impacts of degradation already to be found, the plan aligns itself with the goals of the recently launched UN Decade on Ecosystem Restoration. The action plan recognises the effort that is needed to “halt ecosystems degradation and to ensure that healthy ecosystems underpin sustainable development across the region”. This includes a voluntary change towards new economic systems that foster sustainable economies and productive systems and increased investment in ecosystem restoration.

One of the most important aspects of ecosystem recovery remains in the economic sector. It is vital that across the Caribbean, we adapt to economically sustainable use of our natural resources, prioritising ecosystems and nature-based solutions. At the LAC Forum of Ministers of the Environment, the Regional Coalition on Circular Economy was adopted. A circular economy is a resilient economic model that fosters long-term economic productivity by using eco-design and keeping products and material in use, eliminating waste and pollution.

In Jamaica, indicators suggest that almost 3.5 per cent of GDP comes directly from marine sources. Tourism and fishing industries, the two main focal areas for developing the Jamaican Blue Economy, provide for 10 per cent of GDP. The reliance of the Caribbean on its marine resources means that future investment and infrastructure implementing a circular economy should be at the centre of a Blue Economy approach. A Blue Economy, similar to that of a circular economy, aims to tackle resource inefficiency by eliminating waste in our use of ocean products.

The Blue Economy approach should encourage investments into areas such as tourism and fisheries that prioritise sustainable practices and consider the true cost of ecosystem degradation. Small-scale fisheries are vital for Caribbean communities, providing much-needed income, employment, and food security. However, industrial overfishing threatens small-scale local fisheries, in addition to disrupting the local biodiversity and, in turn, the local ecosystems. New laws to reduce overfishing and unregulated practices have been introduced in many areas of the Caribbean, including in Jamaica, while UNEP has recently implemented projects that will use the Blue Economy as a driver for resilient economic recovery and growth in the Eastern Caribbean.

It is a well-known fact that tourism is the backbone of much of the Caribbean’s economy. One of the key driving factors behind this tourism lies in the region’s natural environment- its white beaches, blue ocean, and lush landscape attract millions of tourists every year and added an approximate US$3.65 billion to the Jamaican economy alone in 2019. The future of tourism in the Caribbean depends upon our success in maintaining these environmental conditions. While tourism provides a sizeable bulk of the region’s income, unsustainable tourism contributes to ecosystem degradation through exploitation of natural resources and marine and land pollution.

Our tourism industry cannot be maintained without suitable intervention. A Blue Economy approach to tourism and fishing sustainability should streamline ocean and marine ecosystem conservation in the industry. Projects, such as the proposed oceanarium currently under development in Montego Bay, promise to centre dialogue around sustainable management of natural resources while attracting millions of tourists a year.

The UN’s strategy for the Decade on Ecosystem Restoration is a call to member states to scale up existing ecosystem restoration efforts, raise awareness of the importance of restoration, and build synergies among different economic sectors, urban development and conservation and restoration initiatives. Our hopes for a biologically diverse, healthy and prosperous ecosystem that supports sustainable development relies on our efforts to urgently transform how our economies interact with the environment.

- Vincent Sweeney is head of the Caribbean Sub-Regional Office for UN Environment. Send feedback to unep-caribbean@un.org.