Asif Ahmad | Power of stories – from here to paternity 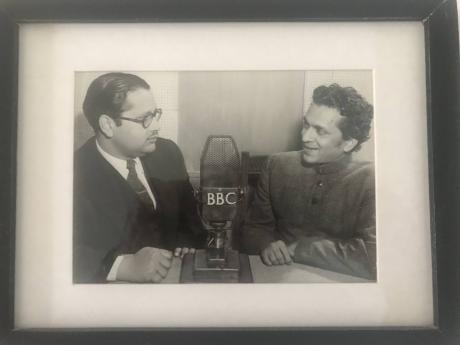 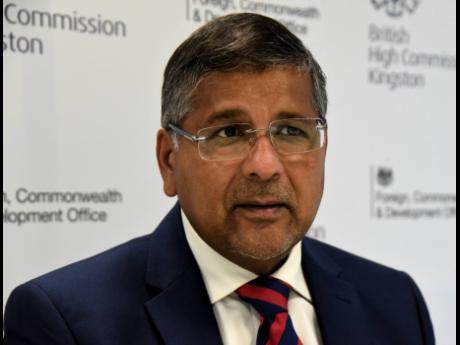 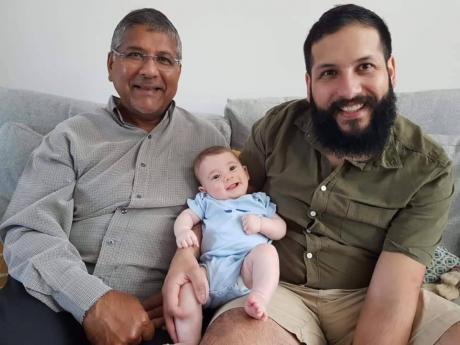 I write this on board my British Airways flight from London to Kingston after seeing my four-month old grandson, Joshua, for the first time. My own little son, Adam, becoming a father was another form of graduation for him and indeed for me. He now has full sympathy for the role I played in his upbringing. I can finally stop checking if my ‘Ant’ is still breathing as I used to during his night feed. I lie. I still check for vital signs! In the last 12 months, my thoughts have inevitably drifted back to my time with my father and to my grandfathers as the next generation announced its arrival.

From my father’s clan, Joshua will see the recorded history of 46 generations, starting in Arabia and making its way to England via Bengal. From my mother’s firebrand relatives, he will learn of my grandfather who was jailed as India campaigned to become a republic. He, sadly, lived for a very short time in independent India as cancer robbed my mother of his tender care when she was only 16. My dad’s father outlived his son by a long way, reaching his 90s. I pray I have inherited more of his genes than those of my father, who I lost when I was not yet thirty. He was a radio broadcaster in his youth and a diplomat for Pakistan and Bangladesh later.

My grandson will be able to trace his English ancestors more easily with all that is now available online. But I will give him some clues. My son, Adam, and his wife Sarah, are not the only ones who served in the British Army. Adam’s great-grandfather had many adventures in Kenya in WWII and his Cumbrian granddad had much more fun doing national service in Egypt. Sarah has both her natural father and a loving second father in her life. So Joshua comes with some Worcester sauce, too.

The greatest gift we as fathers can give to the upcoming generation is the one I had from my elders: stories. Stories retold by our forebears so that we know where we came from and get a sense of who we are now. In my grandson’s heritage, we have warriors, feudal barons, penniless villagers, teachers, bankers, car mechanics, local public servants, and diplomats.

From my father, I learnt to be articulate and culturally inquisitive. He spoke English with a 1950’s BBC World Service style. He was a living encyclopaedia of knowledge, especially world history. He took us on epic road trips – Germany to Iran – and even put me on a solo train journey when I was 16,Warsaw to Tehran, over eight days. His disciplinary measures were not always easy to bear, especially his fervent belief that as an eight-year old, I should be able to solve maths equations that would baffle a teenager. I am sure I, too, made some mistakes in setting impossible standards for my sons. The one right thing I did was to inspire all of them to be Liverpool fans.

I recall Dad’s frustration in Beijing during the Cultural Revolution in 1968 when he used to compare with envy the calibre of his fellow Pakistani diplomats against the British officials across the road. In the 2000’s, I visited that very British Embassy in China, as a British diplomat, building commercial ties and preparing the way for visits by British prime ministers. Had he lived to see his son become an ambassador three times in succession, he might just have forgiven me for never finding x in algebra. When I received my CMG in Buckingham Palace, I wore his tie.

From my paternal grandfather, I learnt about how to use power to do good. As a magistrate, he could decide the fate of all who came before him. And yet, in court, I watched him deliver true justice, and in his office at his home, I saw him dispense mercy when he granted parole to prisoners. Under his tutelage, I learnt about dispute resolution in rural Bengal when arguments broke out among our tenant farmers. We were the final court of appeal in what was still a feudal world.

From my maternal grandfather, I learnt the importance of principle and sacrifice. I drew on his example of resistance and determination when I got caught up in the bloody civil war that led to the creation of Bangladesh. I matured quickly as a 14-year old, and to this day, I have a spirit in me that abhors oppression and violence against civilians.

As I look to the future world that will be Joshua’s reality, I can only say with certainty that it will be unpredictable. We have lived through post-war reconstruction, economic boom and bust, great leaps in technology and science. We have, despite setbacks, made progress on gender equality and human rights. We have not found enough answers to the challenges posed by climate change, poverty, and despotic rulers. We pass on imperfect legacies.

I hope that those of Joshua’s generation will aspire to be decent human beings. They will be able to develop their own narratives built on ours, both good and bad. When their story is told to those who follow, then we, too, will live on long after our time.

My message to all on Father’s Day, including those who are both mother and father to children, is to make the time to tell your story to the next generation. It is only through you that they will learn how to navigate their lives, anchored on the foundations of their heritage.