R Masakui | What it means to be a father 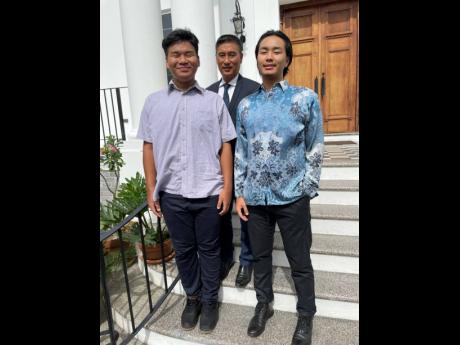 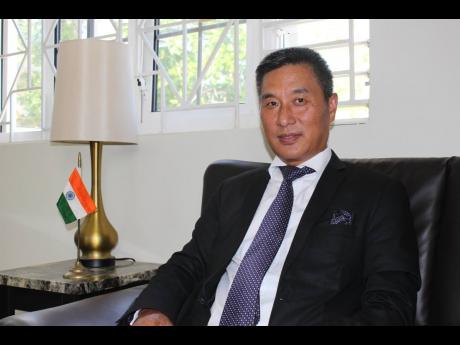 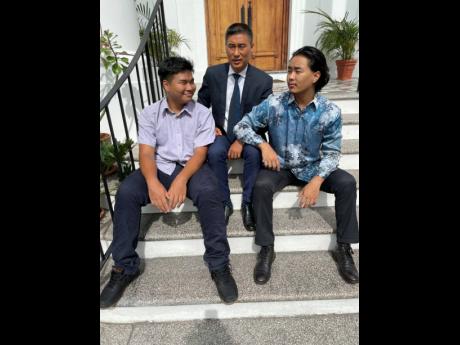 Since I arrived in Jamaica about six months ago, I have been writing in The Gleaner on issues concerning the bilateral relationship of India and Jamaica, India’s economic and cultural aspects, and so on. But today, I will cross the rubicon and make a sincere attempt to put down on paper something close to my heart: fatherhood.

Having lost my father at the tender age of three, I have only hazy recollections of him. And I am doubtful that even those remembrances are a wicked trickery of my mind, formed subconsciously for consolation. The void every year on Father’s Day could never be filled by the delicious ‘Kangshoi’ (a vegetable stew) and ‘Paaknam’ (a savoury cake made with gram flour, herbs, and vegetables) that my mother cooked to cheer me up. That is until I became a father myself.

A couple of tears still fall when I remember holding Sochan, my elder son, in my arms for the first time. The insistence of Shankui, my younger one, to narrate a bedtime story and falling deeply asleep midway did make me review my terrible tales. But I realise now that he slept from the perceived comfort of my presence – the fondest memories I cherish and regrets of not having more of such times.

A mother does give life to her children. She is thought to be someone who understands her children’s wishes, empathises with them. On the contrary, the stereotype of a father in Indian culture and other places is of a strict disciplinarian whom children fear ,although he provides for their needs.

But a father plays a unique role in a child’s life that no one can emulate. It shapes the child into the person he or she becomes. Children look to their fathers for physical and emotional security. Studies have shown that fathers affect a child’s cognitive and social development through their affection and support. The way a father treats his wife and children influences how they build bonds and relationships with other people. The greatest gift a father can give to his children, I feel, is to let them know he loves his wife, their mother.

It took a lady named Sonora Dodd from Washington in 1910 who thought that fathers should be honoured just like the mothers. Finally, US President Lyndon Johnson, in 1966, declared the third Sunday of June as Father’s Day.

With changing times, the father is no longer always the disciplinarian and stereotypical breadwinner. Without making any moral judgement (but acknowledging that the institution of family/marriage has come, today, under severe attack like never before), he can be married or single; straight or gay; living with or separately from the children. However, the importance of a father for his children remains unchanged irrespective of the composition of family, ethnicity, etc.

The values of public service, respecting elders, protecting the environment, democratic spirit, and following the rule of law are best planted early. Christian scriptures dwell at length on the role and responsibility of a father in the upbringing of his children. King Solomon’s book of Proverbs is replete with such advice – to be a man of integrity, provider, maintainer, instructor, and the list goes on. The scripture also warns fathers against provoking their children to anger (Ephesian 6:4). It follows immediately after the famous admonition to children ‘to obey their parents’, pointing directly only to fathers, perhaps because of the inherent susceptibility. It is my firm belief that the greatest crime against humanity is not genocide committed by ruthless autocrats but raising children devoid of morality and conscience. Let me illustrate my point from the contrasting stories in the Bible.

Eli’s vaulting ambition and consequent neglect of his children brought ruin to the family of the judge and high priest of Israel. Imagine, while all the other children asked their fathers as they came up to the temple, all the way up and all the way down again, those fathers took their inquiring children by the hand and told them all about Abraham, and Isaac, and Jacob, and Joseph, and Moses, and the exodus, and the wilderness, the promised land conquest, and the yearly Passover, Eli’s two boys, Hophni and Phinehas, left to themselves, were picking lessons from the garbage of the streets, and the consequence of this was obvious. Eli thought he would one day have time, but it was his lifelong regret that he had never had time. Every father and mother knows this, how the years run away, and how their children grow up, till all of a sudden, they are as tall as them. And very much faster than our tallest children did Eli s children grow up outside the instruction of their ‘too busy’ father who was never a ‘dad’.

On the other hand is the Bible man, Job. Well, I always think that Job was the very best father in all of the Old Testament and Eli was surely the very worst. Job was one who pleased God and eschewed evil. And it was so, when the days of their feasting were gone about, that Job sent and sanctified them, and rose up early in the morning and offered burnt-offerings according to the number of them all; for Job said, it may be that my sons have sinned and cursed God in their hearts. Thus, did Job continually. Job was not only assured of his salvation but was ensuring the salvation of his children.

I am inclined to make a distinction between a ‘father’ and a ‘dad’. While it takes an idiot to be a father, it takes a man to be a dad. Certainly, it is easy to become a father (all animals also do), but it requires conscious efforts, commitment, and dedication to be a dad.

The biggest parenting test for a father comes when his children grow into adults and make their own decisions. The dichotomy between precept and action can no more be brushed under the carpet and can be called into question by the young adult.

As a Christian father, nothing can be worse than my children looking straight into my eyes with no semblance of respect and asking ‘Who are you?’. Conversely, there cannot be a greater joy for me to find my children standing by my side when I present myself before the Lord on that last Day.

I don’t intend to take anything away from mothers (they have their day). And while I join other fathers in being honoured on this auspicious day, I remain conscious of the weight of responsibility to raise a generation that is not only more intelligent, but more importantly, a qualitatively better human being than I am.

R. Masakui is the high commissioner of India to Jamaica. Comments can be sent to cons.kingston@mea.gov.in